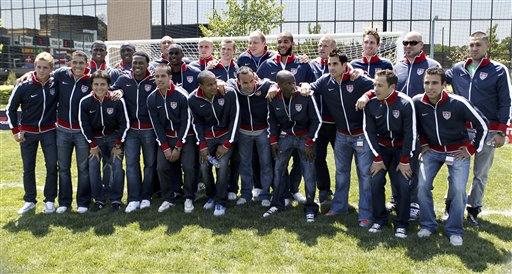 America is still fighting, and hard, over exactly which phrases young minds ought to be allowed to see when they crack open a textbook. In Cobb County, Ga., the fight is over evolution; in Texas, the issue is the definition of marriage.

School officials in Georgia's suburban Cobb County go to U.S. District Court Monday to defend themselves against a lawsuit accusing the district of promoting religion by requiring that science textbooks warn students evolution is "a theory, not a fact."

County school officials said their warning, in the form of stickers inserted in science books, simply encourages students to keep an open mind.

The stickers read: "This textbook contains material on evolution. Evolution is a theory, not a fact, regarding the origin of living things. This material should be approached with an open mind, studied carefully and critically considered."

The lawsuit was filed by six parents and the Georgia chapter of the American Civil Liberties Union.

"I'm a strong advocate for the separation of church and state," said one of the parents, Jeffrey Selman. "I have no problem with anybody's religious beliefs. I just want an adequate educational system."

"This is a very close call under the law because the words in the textbook do not include any references to creationism," says CBSNews.com Legal Analyst Andrew Cohen. "So the real question is whether dissing evolution alone constitutes the endorsement of religion and that's a fairly novel question."

The school board adopted the disclaimer after three science texts it adopted in 2002 were criticized by some parents for presenting evolution as fact. More than 2,000 people signed a petition opposing the biology texts because they did not discuss alternative theories, including creationism.

A lawyer for Cobb County schools, Linwood Gunn, said he expects the disclaimer will hold up in court.

He said the stickers "improve the curriculum while also promoting an attitude of tolerance for those that have different religious beliefs."

The U.S. Supreme Court ruled in 1987 that creationism was a religious belief that could not be taught in public schools along with evolution.

"This is just the latest round in a battle that has lasted for years and I think it highlights just how strongly people feel one way or the other," saysCohen. "And it's a battle that won't end here — this is one of those types of cases that could go all the way to the U.S. Supreme Court."

Religious beliefs are also a factor in another textbook battle - in Texas - where controversy ensued last year when the State Board of Education approved new biology textbooks including the theory of evolution.

This year's controversy is about marriage.

The State Board of Education approved new health textbooks Friday after the publishers gave in to last-minute pressure from some board members to define marriage as a "lifelong union" between a man and woman.

The decision, which involves two of the biggest textbook publishers, is an example of Texas exerting its clout as the nation's second-largest buyer of textbooks. Officials say the decision could affect hundreds of thousands of books in Texas alone.

Board member Terri Leo, a Republican, said she was pleased with the publishers' changes. She led the effort to get the publishers to change the texts, objecting to what she calls "asexual stealth phrases" such as "individuals who marry."

After hearing the debate Thursday, one publisher, Holt, Rinehart and Winston, agreed to include a definition of marriage as a "lifelong union between a husband and a wife." The definition, which was added to middle school textbooks, already was in Holt's high school editions, Holt spokesman Rick Blake said.

The other publisher, Glencoe/McGraw-Hill, changed phrases such as "when two people marry" and "partners" to "when a man and a woman marry" and "husbands and wives."

"The board expressed an interest in having us" make the change, Blake said. "We thought it was a reasonable thing to do."

But Blake said the publisher does not plan to add its definition of marriage in books that will be sold outside Texas. A spokeswoman for Glencoe/McGraw-Hill did not immediately respond to questions.

A list of the books that were approved by the board, as well as those that were not, are sent to school districts for guidance when they choose books.

Board member Mary Helen Berlanga, a Democrat, asked the panel to approve the books without the changes, but her proposal was rejected on a 10-4 vote.

Neither publisher added all the changes Leo initially pushed for. For instance, one proposed passage in the teacher's editions read: "Opinions vary on why homosexuals, lesbians and bisexuals as a group are more prone to self-destructive behaviors like depression, illegal drug use, and suicide."

Randall Ellis, the executive director of the Lesbian/Gay Rights Lobby of Texas, said the board overstepped its bounds in suggesting and adopting the new wording.

"Their job is to review for factual information and instead what we see is the insertion of someone's ideology and agenda into the textbook of middle-schoolers," said Ellis.