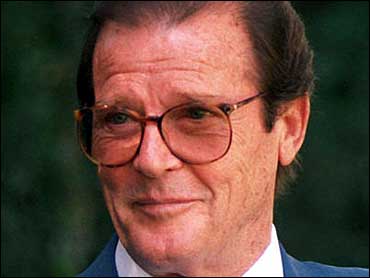 Roger Moore, who starred in a string of James Bond films, was recovering in a hospital Thursday after collapsing during a stage performance, his assistant said.

Moore, 75, fell down Wednesday during a dance number in the second act of the comedy "The Play What I Wrote," and was taken to St. Luke's-Roosevelt Hospital, said Gareth Owen, Moore's assistant, in London.

Hospital officials and emergency personnel in New York could not immediately confirm the incident.

The New York City Fire Department said only that EMS personnel responded to the Lyceum Theater at about 2:45 p.m. Wednesday and transported an unconscious patient to St. Luke's-Roosevelt Hospital.

"He had breathing difficulties but he carried on with the show," Owen told Press Association, the British news agency. "He is very comfortable and doing well. I've spoken to his agent and he's fine."

Before he became Bond, Moore was well-known to television viewers as Beau Maverick, the English cousin of James Garner's character on "Maverick," and as detective Simon Templar in "The Saint."