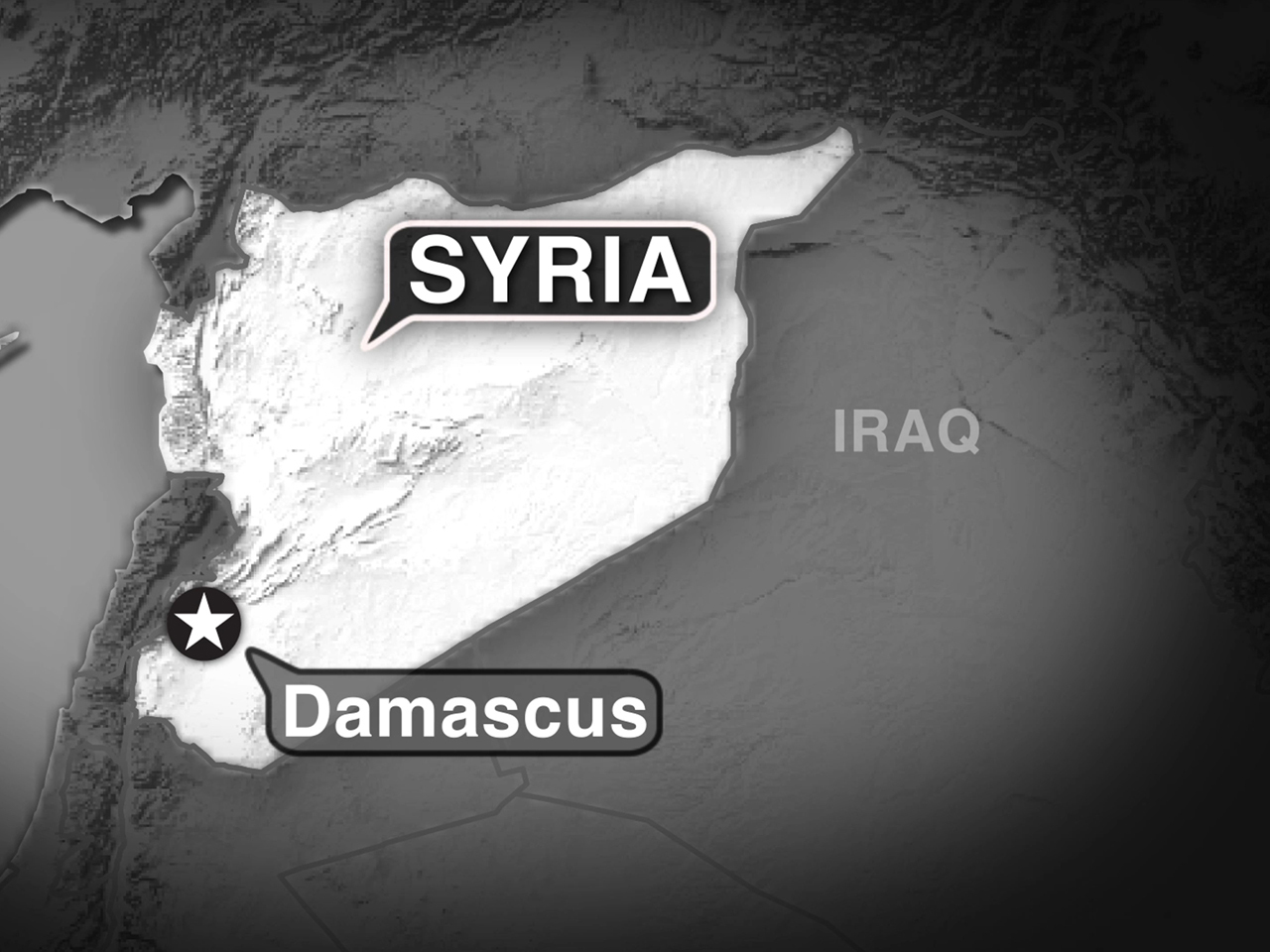 (CBS/AP) DAMASCUS, Syria — A bomb went off outside a mosque in Damascus on Friday, killing at least five policemen and wounding others, the latest violence in the capital, once the impregnable stronghold of President Bashar Assad's regime.

The bomb exploded in the northern neighborhood of Rukneddine as worshippers were leaving the Rukniyeh mosque after Friday prayers.

Hours later, officials told CBS News' George Baghdadi that a second bomb had exploded near the Ministry of Information, burning at least six cars but causing no causalities.

An Associated Press reporter at the scene said the bomb went off across the street from the mosque and damaged a clinic as well as six cars. Officials at the bomb was placed on a motorcycle.

The brick wall over the entrance of the clinic collapsed, and blood could be seen on the wall and in the street.

In recent months, the Syrian capital has been hit by a string of bombings.

On Sunday, two bombs exploded in Damascus near the offices of the Syrian military's joint chiefs of staff, slightly wounding four army officers and damaging buildings and cars.

Syria's uprising against President Bashar Assad began in March last year, when protests calling for political change met a violent government crackdown. Many in the opposition have since taken up arms as the conflict has transformed into a civil war that activists say has killed more than 23,000 people. The government says more than 4,000 security officers are among the dead.

The Britain-based Syrian Observatory for Human Rights and Local Coordination Committees had no immediate word on casualties from Friday's clashes in Kazaz, which is a tightly controlled area, home to offices of several Syrian security agencies.

For more than a year after the uprising against Assad's rule began, Damascus stayed relatively quiet. Then in July, rebels launched a bold attack, capturing several neighborhoods.

Government forces have regained control of most of them.

The Observatory reported many arrests in the town of Tel Chehab on the border with Jordan, recaptured by troops Thursday.

Activists said the attack aimed to stem the flood of people fleeing Syria's civil war. Several thousand refugees were in the town when the Syrian military moved in. It was not known what has happened to them.