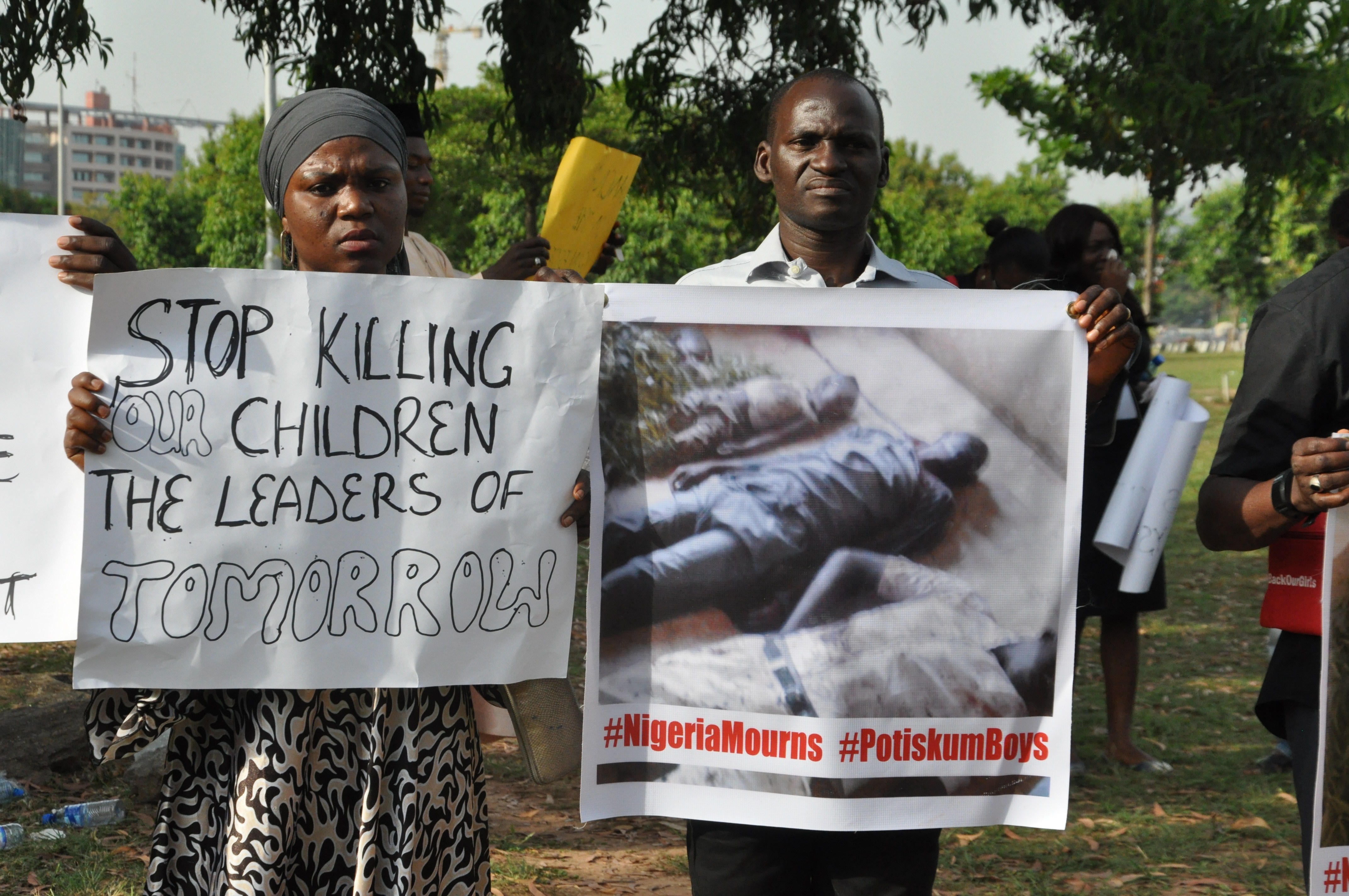 That was nine months ago. The girls have not been seen since and it appears the world is suffering from what one commentator called "collective amnesia."

But for the people of Nigeria, there is no such thing as the luxury of forgetting and moving on. Hardly a week goes recently without word of another Boko Haram atrocity.

Much of the violence happens in the northern states of Borno and Yobe -- the heart of Boko Haram's stronghold, where they have been conducting a violent ISIS-style land-grab. It's estimated they now control territory about half the size of Iceland -- 20,000 square miles -- with a population of 1.7 million people.

Boko Haram fighters are alarmingly well-equipped and the Nigerian military frequently complains that it is outmanned and outgunned by the group; so much so that at the end of 2014, more than 50 Nigerian soldiers were sentenced to death for mutiny after refusing to fight the militants.

Their tactics violate every single international human right. They raid towns and villages, killing with impunity. Children are frequently abducted and teenage girls taken as the spoils of war, forced to become the sex slaves for Boko Haram militants.

In the past week alone Boko Haram has unleashed bloodshed on almost a daily basis. The most devastating attack by the group to date was the massacre of civilians in the towns of Baga and Doro Baga, where eyewitnesses describe stepping over bodies too numerous to count as they fled into the bush.

The death toll in the assault is impossible to verify as the area is remote and too dangerous to access, but an eyewitness account of "bodies strewn in bushes" should be enough to convey the extent of the horror.

And just when it seemed hard to imagine that Boko Haram's brutality could get no worse, it did. Children are now being used to carry out their bloody deeds.

The new face of war; a child with explosives strapped to her young body. This past weekend saw two separate child suicide bombings, leaving more than 20 people dead. It's unlikely the girls even knew what the purpose of the deadly vest they were given was. One of them was no more than ten years old.

Sources in the region tell CBS News the use of children could signify desperation on the part of Boko Haram.

"Their extreme brutality and the fact that they kill Christians and Muslims has made it difficult for them to recruit," said a terrorism analyst who has worked extensively in West Africa. "They lack ideological appeal."

But children are in ready supply in Boko Haram camps. It's believed the bombers from the attacks last weekend could have been the orphaned children of Boko Haram fighters killed in the conflict, or schoolgirls kidnapped as war booty.

"This story is almost too painful to contemplate," said one diplomatic source in Nigeria. "A child suicide bomber, this is a special brand of evil."

Michael Yohana co-ordinates an organization that helps re-home the refugees who have fled Nigeria's violence. A gentle giant with a beaming smile, he keeps me regularly updated on the plight and numbers of displaced people.

You would usually be hard pressed to hear him speak in harsh tones -- but over the past months he has grown increasingly frustrated.

"It's as if the world has forgotten us," he told me. "What is the world doing? Have they also been hypnotized or bought over? Why no response whatsoever? Why?"

As the bodies pile up, many Nigerians cannot escape the feeling that the world is indifferent to their suffering, but worse still is their own government's detachment from the situation and seeming inability to rein in Boko Haram.

It's a presidential election year in Nigeria, and in the run-up to the poll on Valentine's Day next month, expect the violence to only increase.