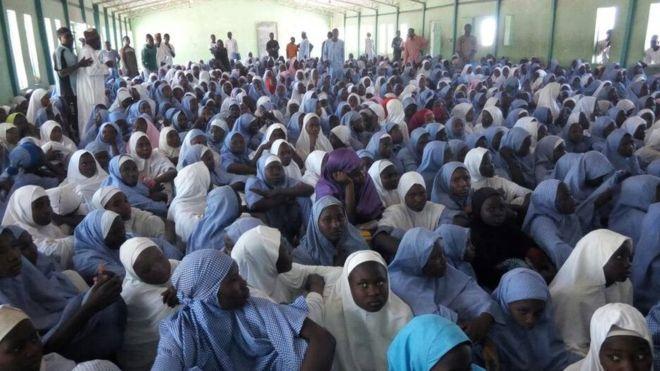 MAIDUGURI, Nigeria -- Authorities in northern Nigeria say as many as 50 girls remain missing several days after an attack on a village by Boko Haram extremists. Many of the girls at a local boarding school were whisked to safety when the Boko Haram militants launched their assault Monday evening in Yobe state.

State government officials said Wednesday about 50 girls remained missing though dozens had returned to the area after fleeing.

Abdullahi Bego, a spokesman for Yobe state's governor, said authorities have no credible information that the missing girls were abducted by Boko Haram. Some witnesses, though, have described seeing the militants take girls with them.

Bego's statement, which was posted online, read in part that that "the state government is coordinating with the army and law enforcement to ensure that the girls are returned safely."

"We have every reason to suspect that they were taken away by the attackers," Aisha Yusuf Abdullahi, 16, told the AFP news agency. Abdullahi returned to her home in Yobe's commercial hub, Potiskum.

AFP reports that the Yobe state governor Ibrahim Gaidam said "over 50" remained unaccounted for while the police commissioner of the state said 111 were still missing.

The militants appeared to have attacked the Government Girls Science Technical College and many parents stormed the school Wednesday to demand answers and clarification about the missing girls.

BBC News reports that security services are said to be combing the surrounding area to find the missing girls.

BBC also writes that the jihadists came into the town of Dapchi, firing guns and letting off explosives, causing students and teachers to flee into the surrounding bush. It turned out that they were only interested in looting and left three hours later with some food.

Boko Haram drew international condemnation when they abducted 276 girls from Chibok back in 2014. About 100 of them are believed to remain with their captors.