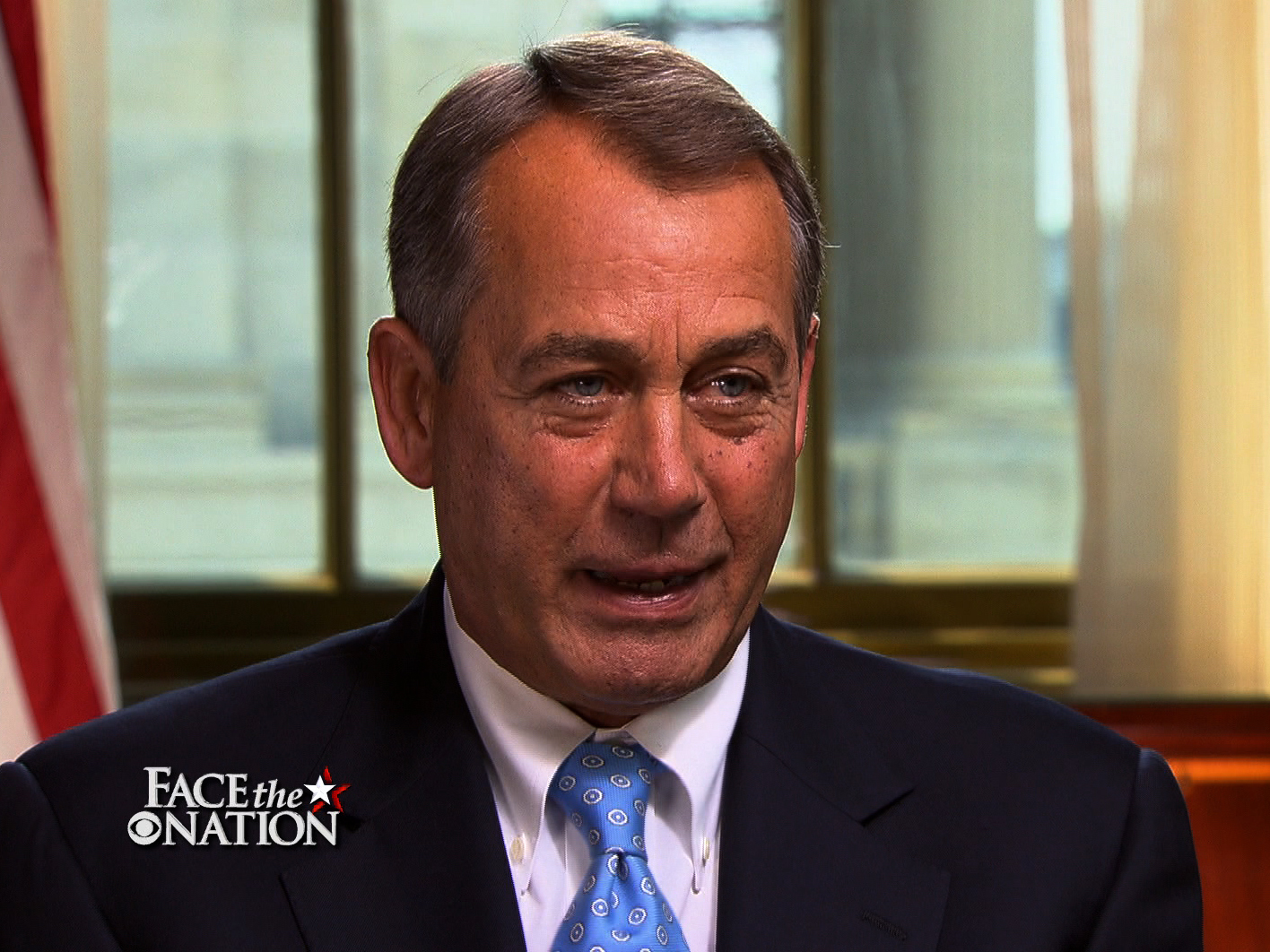 Republicans approve of some of the provisions in the law, but Boehner says he wants to repeal the entire bill and restart a "commonsense debate."

"We need to start over, one step at a time," Boehner said in an interview with CBS News chief White House correspondent Norah O'Donnell to air this Sunday on "Face the Nation."

In his first interview since the Supreme Court upheld the controversial individual mandate in President Obama's Affordable Care Act, Boehner called on Congress to "start over."

His colleague, House Majority Leader Eric Cantor, has promised the Republican-led House will take up a repeal vote on July 11th when Congress returns from recess. The House had taken a symbolic vote to repeal the law back in January 2011.

O'Donnell will also be joined Sunday by Sens. Tom Coburn (R-Ok.), a doctor, and Chuck Schumer (D-N.Y.) for a debate on the Supreme Court's ruling on the Affordable Care Act, as well as Govs. Scott Walker (R-Wisc.) and Martin O'Malley (D-Md.).

Watch a portion of the Boehner interview above and O'Donnell's preview in the video to the left.