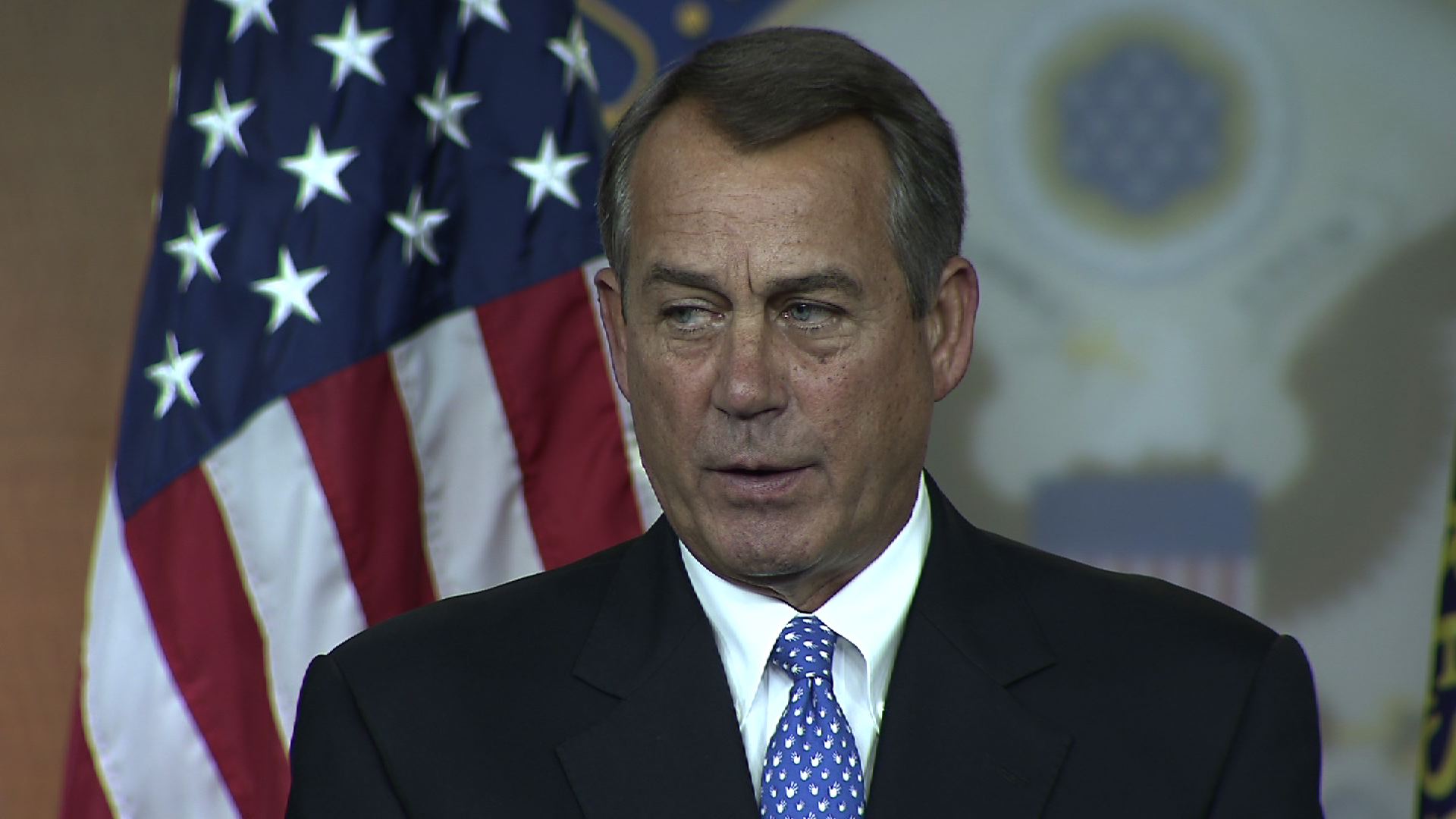 The House Oversight Committee on Wednesday did a "fabulous job" examining Benghazi "whistleblowers," House Speaker John Boehner, R-Ohio, told reporters Thursday - but GOP attempts to piece together a chronological timeline of what transpired within the administration following the attack last Sept. 11 at a U.S. consulate in Libya, he added, are far from over.

The speaker specifically called on President Obama to make public a Sept. 12 email from Beth Jones, acting assistant secretary for near eastern affairs at the State Department, in which, reportedly, she said she had told the Libyan ambassador she believed the strike - which left Ambassador Chris Stevens and three other Americans dead - had been carried out by a group "affiliated with Islamic terrorists." Rep. Trey Gowdy, R-S.C., read an excerpt of the email during Wednesday's hearing.

Boehner pointed out that the email was sent four days before Susan Rice, U.S. Ambassador to the United Nations, hit the Sunday show circuit, peddling the theory that the attack began "spontaneously" out of protests in Egypt and was not a premeditated act of terror. Greg Hicks, the No. 2 official in Libya at the time of the strike, testified Wednesday that he was never consulted in the crafting of Rice's talking points, but assured that "everybody in the mission" knew it was a terrorist attack "from the get-go."

Rep. John Tierney, D-Mass., disputed Republicans' claim that officials within the White House and State Department changed the talking points in a deliberate effort to protect themselves against reports that they had turned down requests for additional security in Libya. The decision to alter the approved talking points, he said, came from the intelligence community - steered by then-CIA director David Petraeus - to protect "classified sources of information."

"Last I remember, the president said that - and I'll quote - [He] 'would be happy to cooperate with the Congress in any way the Congress wants,'" Boehner said. "Well this is his chance to show his cooperation so that we can get to the truth of what happened in Benghazi.

"Four Americans lost their lives in this terrorist attack," he continued, "and Congress is going to continue to investigate this issue using all the resources at our disposal."

One member of Boehner's caucus took that vow a step further: On Thursday, Rep. Frank Wolf, R-Va., revived his call for a select committee - the "best of the best" from each of the five committees of jurisdiction devoted exclusively to Benghazi - to continue investigations.

"In the last few days the public has learned stunning new revelations about the Benghazi terrorist attack and the Obama Administration's troubling response in the hours and days that followed," Wolf wrote in a letter to Boehner. "Much of this new information has come as brave whistleblowers have sought to right the record and, in doing so, may have jeopardized their careers. Increasingly it is becoming clear that we have only scratched the tip of the iceberg."

Leaving Wednesday's hearing, committee chairman Darrell Issa, R-Ohio, confirmed that though the "hearing is now over... the investigating is not."

The committee's top Democrat, Rep. Elijah Cummings, D-Md., suggested they would still need to hear from former U.N. Ambassador Tom Pickering and former Joint Chiefs of Staff chairman Adm. Mike Mullen to "get to the bottom of this." Pickering and Mullen prepared the Accountability Review Board report on the State Department's handling of the attack, but declined to testify Wednesday.

"Determined to put the issue to rest," Secretary of State John Kerry told reporters Thursday in Rome that he has appointed senior aide David Wade to field congressional questions on Benghazi, according to the Associated Press. He said he's withholding judgment on testimony in Congress because senior State Department officials were penalized for objecting to the administration's official line.

One outstanding charge tendered Wednesday by Mark Thompson, acting deputy assistant secretary of state for counterterrorism, is that Hillary Clinton - who held Kerry's job at the time of the attack - tried to cut the counterterrorism bureau out of communication in the aftermath of the attack. Issa told CBS News this week he has "no question" that someone within Clinton's circle, if not the former secretary herself, played a major role in "deliberately, premeditated lying to the American people" after the attack.