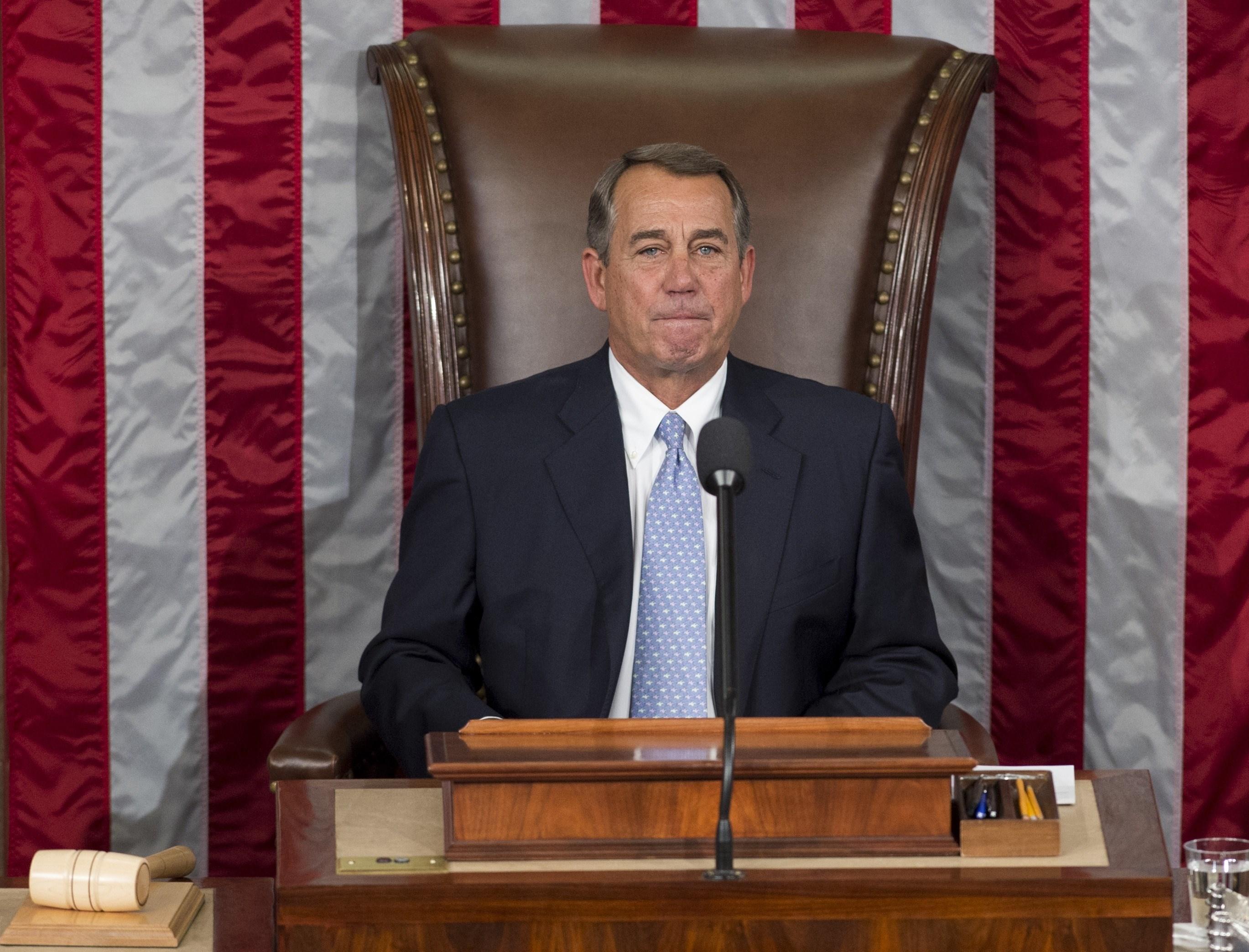 Former House Speaker John Boehner has largely stayed out of the political spotlight since leaving Congress, but at a Las Vegas trade show on Friday, he got candid about the Republican party's efforts to repeal and replace the Affordable Care Act, as well as his close friend President Trump.

"Here we are, seven months into this year, and yet they've not passed this bill. Now, they're never — they're not going to repeal and replace Obamacare," Boehner told an audience of conference members , according to video footage obtained by The Washington Post.

The Senate is expected to vote on a motion to proceed on the health care bill on Tuesday, requiring the support of 51 votes in order to proceed to the next step. If successful, Republican leaders then expect amendments to be offered to the bill, according to a Republican aide.

Boehner acknowledged the GOP's stalled efforts in gaining support for a health care plan, saying "they've had a tough time getting there," but said if Republicans were unable to act on health care, he questioned how they would be able to deliver on tax reform either.

In the video, Boehner also offered some helpful tips for Mr. Trump himself -- "quit tweeting."

He added that Mr. Trump "keeps getting in his own way" by criticizing members of his own administration as well as the press.

"You never get into a fight with people who buy ink by the barrel. He does it every day," said Boehner, suggesting Mr. Trump should instead "focus on what he's doing and stop being so critical."

Boehner also called Mr. Trump "a friend of mine," saying the two have shared many rounds of golf together and said Mr. Trump frequently encouraged Boehner when he was having a  "tough week" as speaker.

"But president? I never really saw him as president," Boehner laughed.

Boehner added that he informed then-candidate Trump that he wasn't his "first, second or third choice" but conceded, "if you're the nominee, I am going to vote for you."

Boehner announced his leave from Congress in 2015 after growing turmoil in the House. The Republican leader had come under fire repeatedly in recent years from conservatives in the House GOP conference.