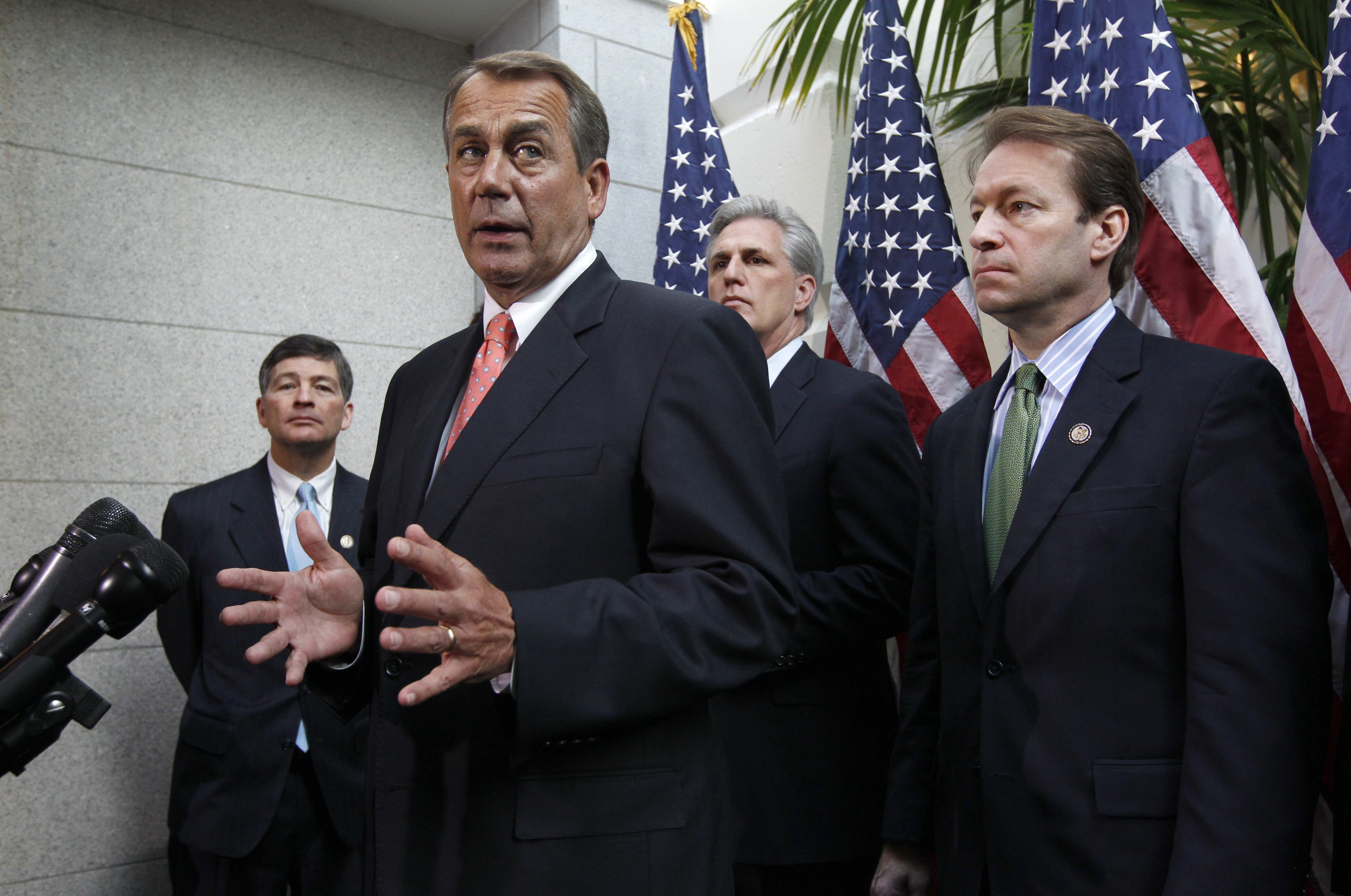 Republicans in the House of Representatives are set to block a Senate proposal to extend a popular tax cut for working Americans for two months on Tuesday, setting up a showdown between House Speaker John Boehner and his own party in the Senate plus President Obama and the Democrats.

The move is a calculated political gamble for Boehner and the House Republicans, who are unhappy Senate Republicans agreed to Democratic plans to extend the popular tax cut and benefits for unemployed workers for just two months to allow more time to work out a larger compromise on a host of issues.

If the two sides are unable to strike a deal before the end of the year, millions of Americans will take home less money when the payroll tax reverts to the higher rate next year.

But the vote is a game of chicken, as Boehner scuttled an earlier plan for a simple up-or-down vote on the Senate proposal. The latest legislative maneuver is technically a move to "disagree" with the Senate plan and set up a committee of members from both parties from both the House and Senate to work out a new compromise on legislation.

Except most senators have already left Washington for the holidays and the Senate proposal was itself a compromise between Democrats and Republicans, who overwhelmingly supported the short-term legislative option to avoid the most contentious issues and pass the popular tax cut for two months. The Senate bill passed 89-10.

Boehner's plan allows many members of Boehner's caucus to block the payroll tax cut extension without formally voting the measure down. The effect is the same, however.

Republican Senate Leader Mitch McConnell has been largely silent on Boehner's plan to call a formal conference of both chambers to work out a legislative compromise the week before Christmas.

In an interview with USA Today on Monday, Boehner said he was optimistic the payroll tax cuts and unemployment benefits would be extended.

House Democratic Leader Nancy Pelosi has said she opposes the plan for a formal conference and called Boehner's plan a fig leaf to cover up the fact that Republicans are opposed to the payroll tax cut.

The payroll tax affects about 160 million Americans and it was cut a year ago in an effort to stimulate the economy with a little extra cash in people's pockets. Many conservative Republicans are skeptical of the macroeconomic benefits of the payroll tax cut.

Mark Zandi, an influential economist who served as an adviser to the 2008 presidential campaign of Sen. John McCain, has said the economy could fall back into recession if the payroll tax cut is not extended.