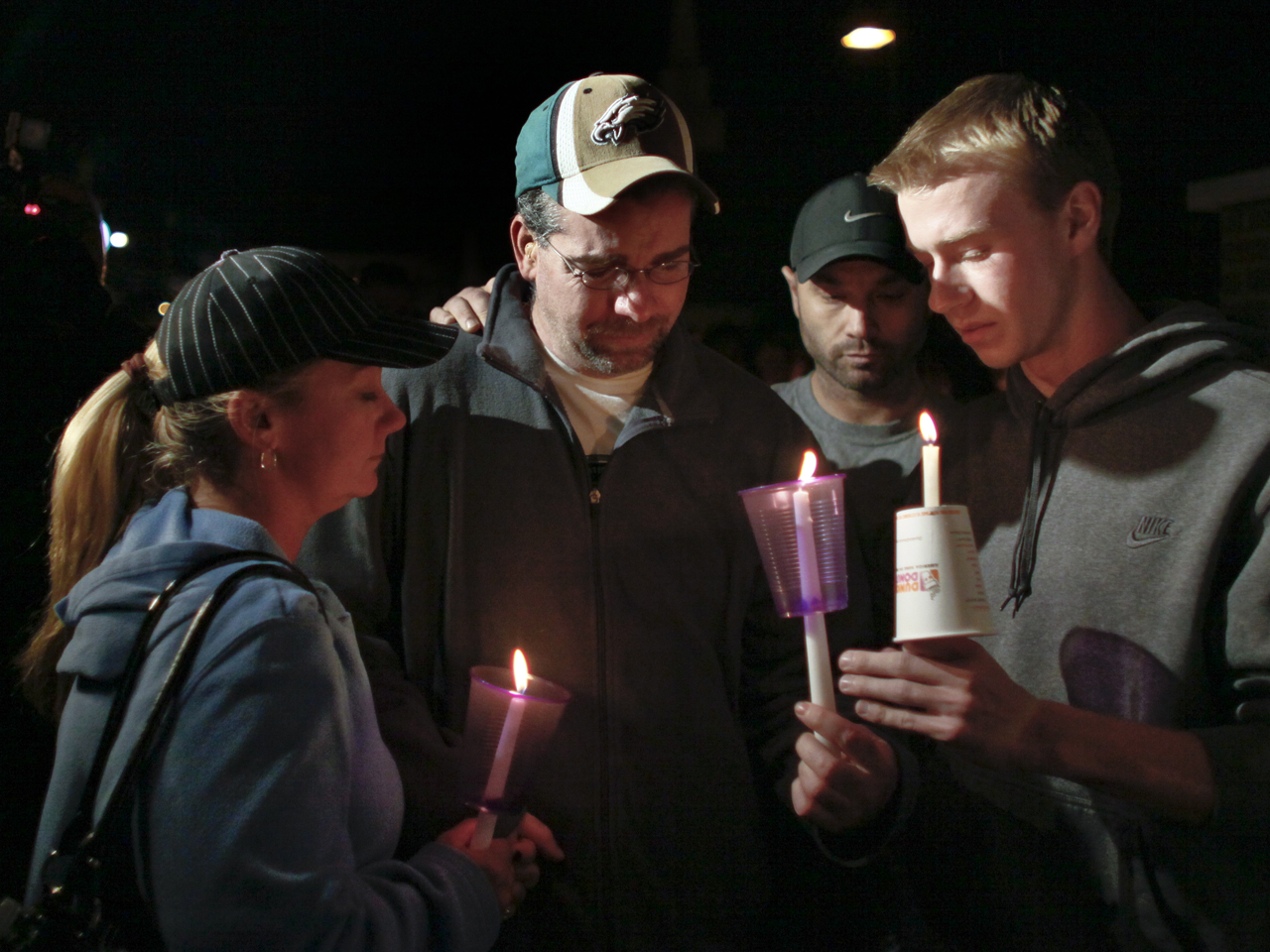 CLAYTON, N.J. The body of a female was found in a recycling container in Clayton and preliminarily identified as that of a 12-year-old southern New Jersey girl missing since the weekend, officials said early Tuesday.

Autumn Pasquale was reported missing from her Clayton home at 9:30 p.m. Saturday, and had been the subject of a large search over the last two days.

Weisenfeld said Pasquale's family has been notified of the discovery, which came a short time after a candlelight vigil was held for the girl.

An autopsy to confirm the body's identity will be conducted Tuesday morning by the Gloucester County Medical Examiner's office, officials said.

"This is a very sad day for the Pasquale family," Gloucester County Prosecutor Sean F. Dalton said in a statement. "Our hearts go out to the family and to all the residents of Clayton who stood together in support of this young girl."

Dalton had said Monday afternoon, 48 hours after anyone had heard from the girl, that 75 people had been interviewed. But investigators did not have any suspects or a sure sense of whether the quiet BMX biking enthusiast had left on her own or was the victim of foul play.

With the girl's parents flanking him while holding back tears, Dalton announced a $10,000 reward for information that leads authorities to the girl. The parents — Anthony Pasquale and Jennifer Cornwell — did not speak at the news conference. Both wept during the evening vigil.

Authorities said Autumn, whose 13th birthday is Oct. 29, was last seen around 12:30 p.m. Saturday pedaling her white bicycle away from the Clayton home where she lives with her father, her two siblings, her father's girlfriend and the girlfriend's children.

A friend, 11-year-old DeAnna Edwards-McMillen, said Autumn was at her house Friday night and they exchanged text messages on Saturday. She said she received the last one at 1:22 p.m. and didn't believe it was intended for her. She said it read, "don't be like that."

DeAnna said her friend was nice and easy to be around. "She didn't hate people," she said in a tearful interview with The Associated Press, "and people didn't hate her."

DeAnna's mother, Debi McMillen, said that Autumn was often at their house and that she always went home before her 8 p.m. curfew.

The last known communication was in a text message she sent around 2:30 p.m. Dalton would not say who received the message or what it contained. But he said that there was nothing alarming or unusual about it.

It wasn't until about 9:30 p.m. that she was reported missing -- 90 minutes past her 8 p.m. curfew, said Paul Spadofora, a family spokesman, the uncle of Autumn's father and the girl's godfather.

Dalton said 50 county and local law enforcement officers were on the case shortly after she was reported missing.

By Monday, the number grew fourfold as FBI and state police got involved in a search that has employed helicopters, horses, bloodhounds and computer experts. The computer experts were charged with seeing if any information about her whereabouts shows up on Facebook or elsewhere online.

Dalton said investigators accounted for all the registered sex offenders in the area, interviewed them and were searching their properties.

The weary crew of volunteers, meanwhile, was looking in area malls, handing out fliers at intersections in Clayton's tiny downtown and searching wherever they could.

One volunteer, Butch Diggs, took off work to help. He said his daughter is a friend of Autumn's from school and cheerleading. The girl who was at the center of the search was usually the quietest kid in the room, he said. "She's a good kid," he said.

Diggs, who had fliers with Autumn's picture taped to the side of his van, said he wanted to search in the woods that surround Clayton, but volunteers were not being allowed to.

Dalton said that's because adding more scents to the woods might make it harder for dogs to search there.

Early Monday, Weisenfeld said the girl's bike had not been found. By the afternoon, Dalton would not say whether it had been located.