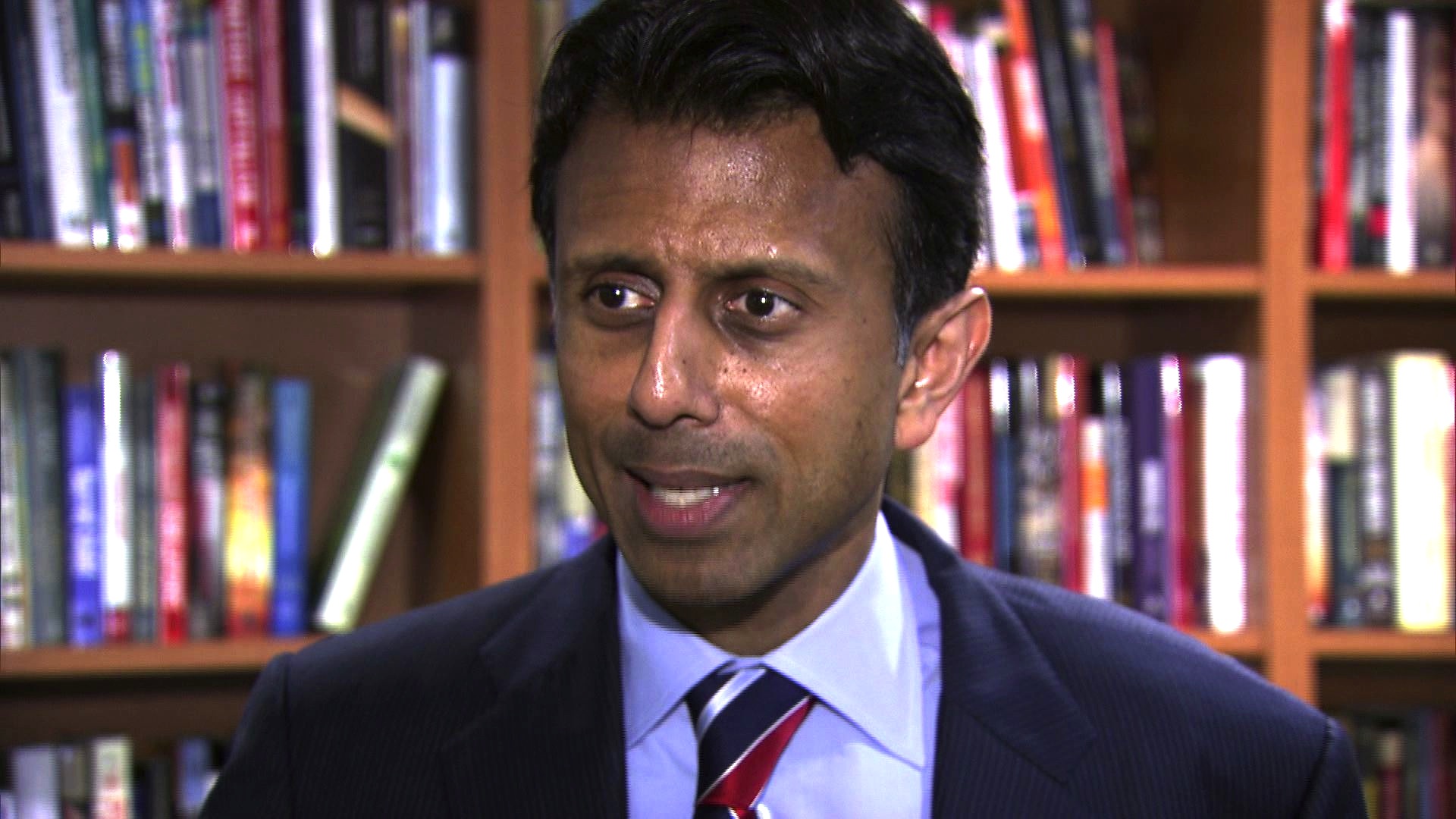 "I think it's pretty outrageous for him to be attacking anybody's appearance when he looks like he's got a squirrel sitting on his head. I think he should stop attacking other people's appearances," Jindal said.

"Look at that face!" he said, according to writer Paul Solotaroff. "Would anyone vote for that? Can you imagine that, the face of our next president?!"

In an interview on Fox News Thursday, Trump insisted that he was "talking about persona," not looks.

Jindal was the latest candidate to come out swinging at the Republican frontrunner Thursday, saying in a speech at the National Press Club that Trump is "absurd" and a "non-serious carnival act."

Other candidates who have attacked Trump, including Texas Gov. Rick Perry and South Carolina Sen. Lindsey Graham, have not found that the move helped their poll numbers.