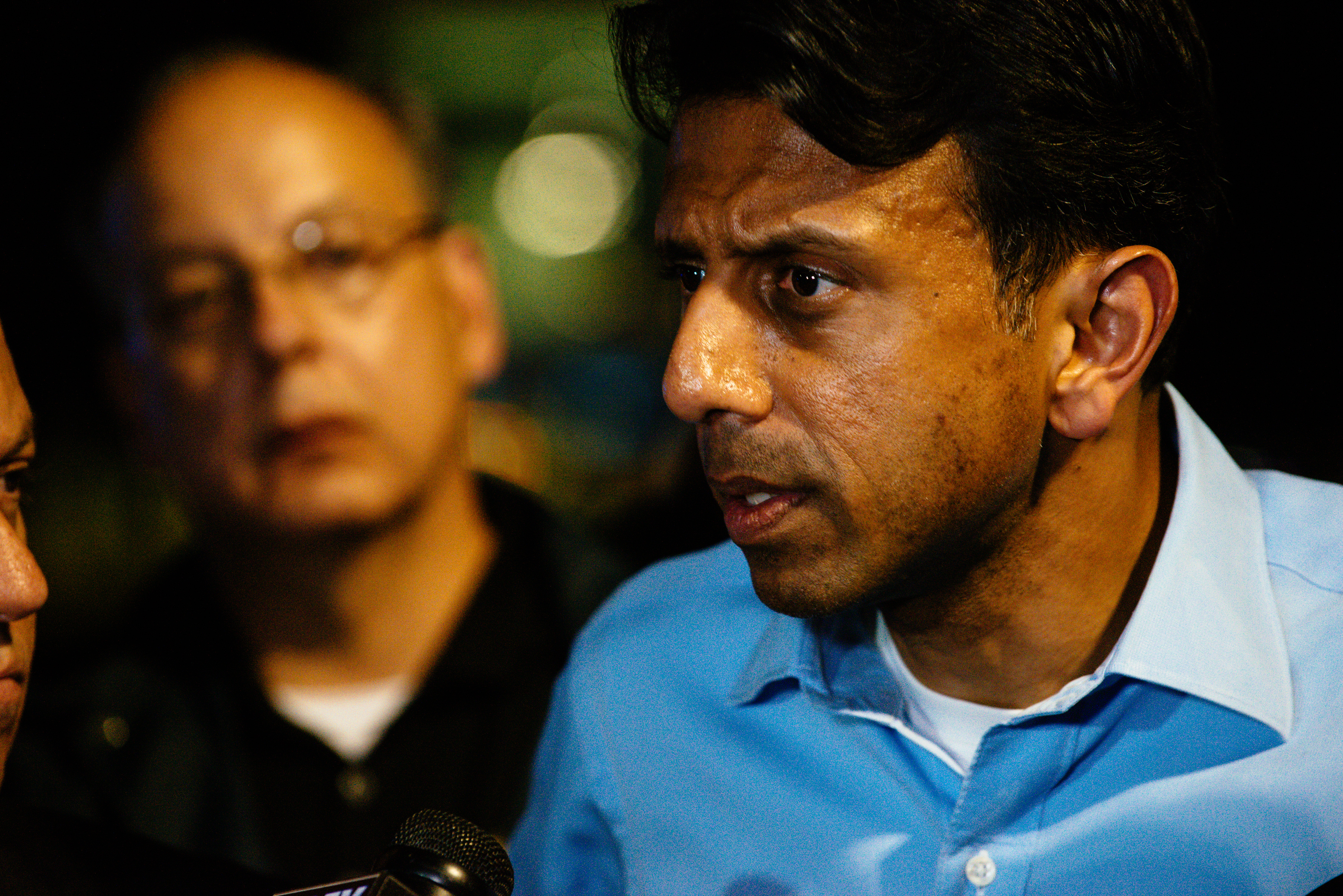 Hours after a gunman opened fire in a Lafayette, Louisiana movie theater on Thursday night, shooting 11 and killing two before taking his own life, Gov. Bobby Jindal traveled to the site of the shooting to mark what he called an "awful night for Louisiana."

"What we can do now is we can pray," said Jindal, a 2016 Republican presidential candidate. "We can hug these families. We can shower them with love, thoughts and prayers."

The governor relayed a "story of heroism" he heard when he was visiting with the victims and their families.

"A couple of teachers were in that movie theater tonight. Both of them were shot, one of them was released tonight," Jindal said. "Her friend literally jumped over her, and in her account, actually saved her life. If [her friend] hadn't done that...that bullet, she believed, would have hit her in the head. Both teachers ended up shot. The second one, the one whose life was saved, even though she was shot in the leg, she had the presence of mind to pull the fire alarm to help save other lives."

The governor thanked the first responders, noting they ran "towards the danger, not away from it," and he praised law enforcement for an all-hands-on-deck response in the wake of the shooting.

When a reporter asked Jindal about gun laws, the governor batted the question away, saying he's not focused on the politics of the incident.

"Right now we're just learning the details of what happened," he said, according to The Advocate. "Let's focus on the victims right now. Let's focus on their recoveries. There'll be a time, I'm sure folks will want to jump into the politics of this. Now is not the time."

The man behind the shooting was identified as 59-year-old John Russell Houser, a white male that police described as "kind of a drifter." Law enforcement suggested Houser parked his car near a theatre exit with the intent of escaping after his shooting, but he was forced back inside by the quick arrival of law enforcement before ultimately shooting himself.