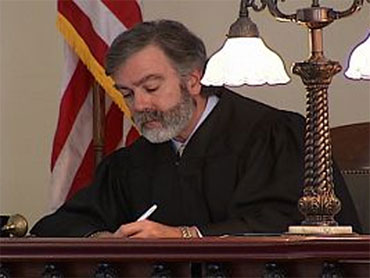 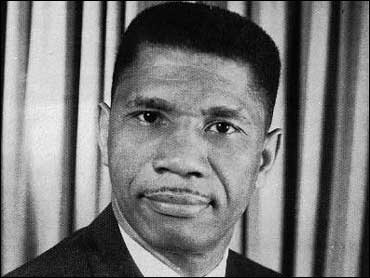 (AP)
OXFORD, Miss. (CBS/AP) As a Mississippi prosecutor, Bobby DeLaughter put away thousands of criminals including a historic victory against Byron De La Beckwith for the 1960s assassination of civil rights activist Medgar Evers. But now the former Hinds County circuit judge is the one facing the clink of prison bars.

DeLaughter attracted worldwide attention in 1994 when he pursued and won - along with then-District Attorney Ed Peters - a case against Ku Klux Klan member Byron De La Beckwith for the 1963 assassination of Medgar Evers, a field secretary for the Mississippi NAACP.

Beckwith, who was sentenced to life in prison, died in 2001.

But the relationship with Peters, his mentor, would come back to haunt DeLaughter.

Prosecutors allege that Peters was paid $1 million to influence DeLaughter in a $15 million litigation that DeLaughter was presiding over.

At first, DeLaughter told FBI agents he had two conversations with Peters about a lawsuit pending against high-powered Mississippi attorney and influence peddler Dickie Scruggs.

Prosecutors said DeLaughter actually had dozens of conversations about the lawsuit with Peters and DeLaughter later admitted he lied to FBI agents.

On July 30, 2009, DeLaughter stepped down as a Hinds County circuit judge and pleaded guilty to obstruction of justice. The more serious charges of involvement in a bribery scheme and mail fraud conspiracy were dismissed.

DeLaughter, who was sentenced to 18 months, requested to serve his sentence in federal prison in Pensacola or Montgomery so his wife, Peggy, could visit, but the Bureau of Prisons decided he would serve his time more than 600 miles away at the federal prison in McCreary, Ky., The Clarion Ledger reported Jan. 3.

Peters surrendered his law license and returned much of the $1 million he received. In exchange for his cooperation, he received immunity and won't serve jail time.

Scruggs is serving seven years in prison on corruption charges.