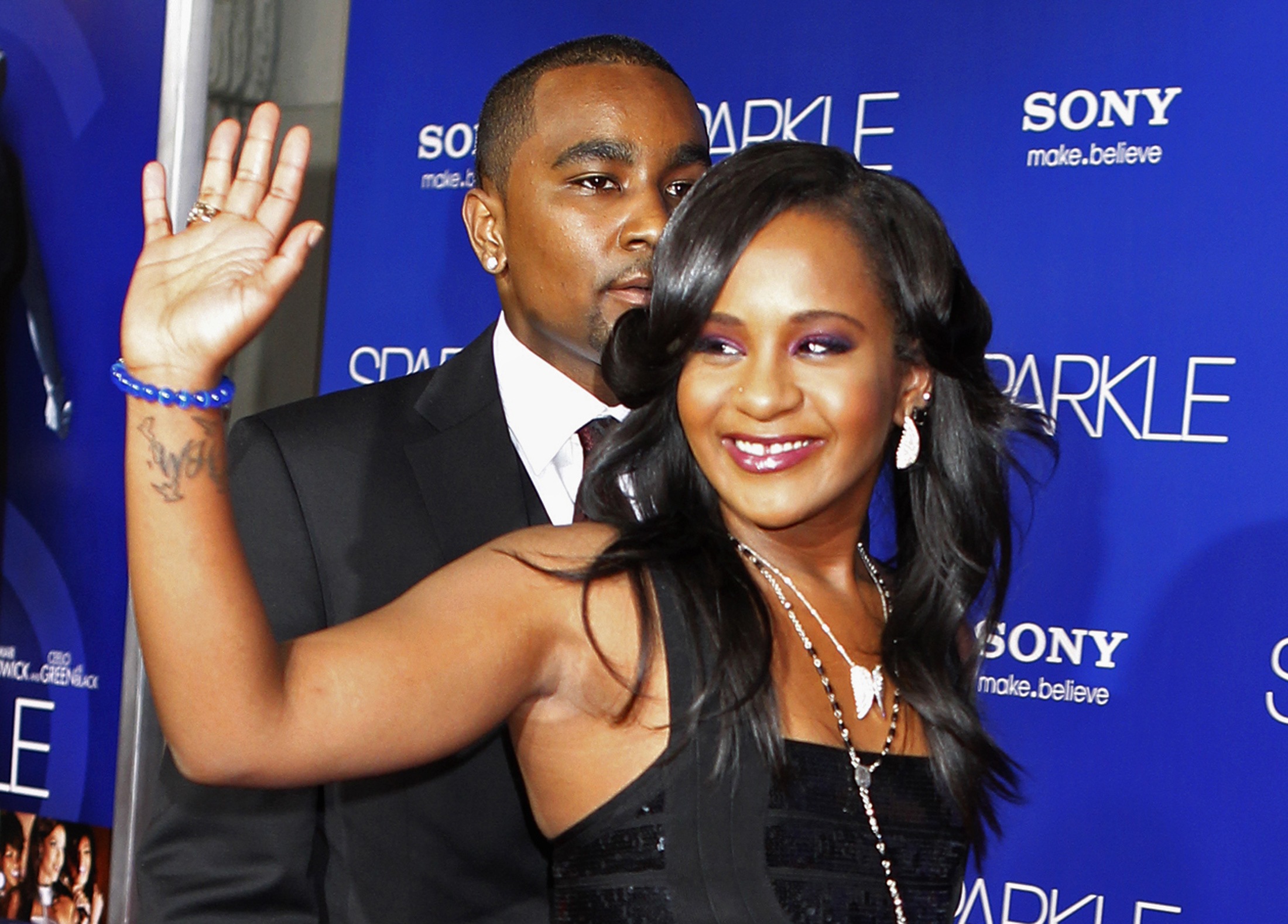 ATLANTA - While Bobbi Kristina Brown fights for her life, a feud has erupted over whether her partner can visit her in the hospital.

The only daughter of the late singer Whitney Houston has been hospitalized at Emory University Hospital in Atlanta since being found unresponsive Jan. 31 in a tub at her Georgia home.

A lawyer for Bobbi Kristina's father, Bobby Brown, said in a statement late Saturday that Bobbi Kristina's partner, Nick Gordon, was offered an opportunity to potentially visit her if he agreed to meet certain conditions.

But Gordon's attorneys said Sunday that Brown has consistently denied Gordon permission to visit. They said they advised Gordon to refuse the conditions set by Brown. The conditions have not been made public.

Gordon has repeatedly offered to discuss the issue privately with Brown, rather than through lawyers.

"Those offers have also been rejected," said Gordon's lawyers, Randy Kessler and Joe Habachy, in the statement. "We hope Mr. Brown has a change of heart."

Houston brought Gordon into her household as an orphan at the age of 12, raising him and her daughter after divorcing Bobby Brown in 2007.

Brown said his daughter isn't and never has been married to Gordon.

On Thursday, doctors replaced Bobbi Kristina's breathing tube with a tracheostomy tube, according to a person close to the family who was not authorized to speak on her condition. The tracheostomy is usually used for patients who need to be on a ventilator for an extended period.

A report surfaced earlier this weekend claiming Brown was high on drugs the morning she was found face-down and unresponsive in a bathtub. People magazine reported multiple people said the 21-year-old was a heavy drinker and frequently uses heroin, cocaine and Xanax.

On Feb. 11, 2012, Houston was found face-down and unresponsive in about a foot of water in a bathtub in the Beverly Hilton hotel, just before the Grammys. She later died, and authorities concluded she had accidentally drowned.

Investigators found a dozen prescription-drug bottles in the hotel suite and listed heart disease and cocaine use as contributing factors in Houston's death.