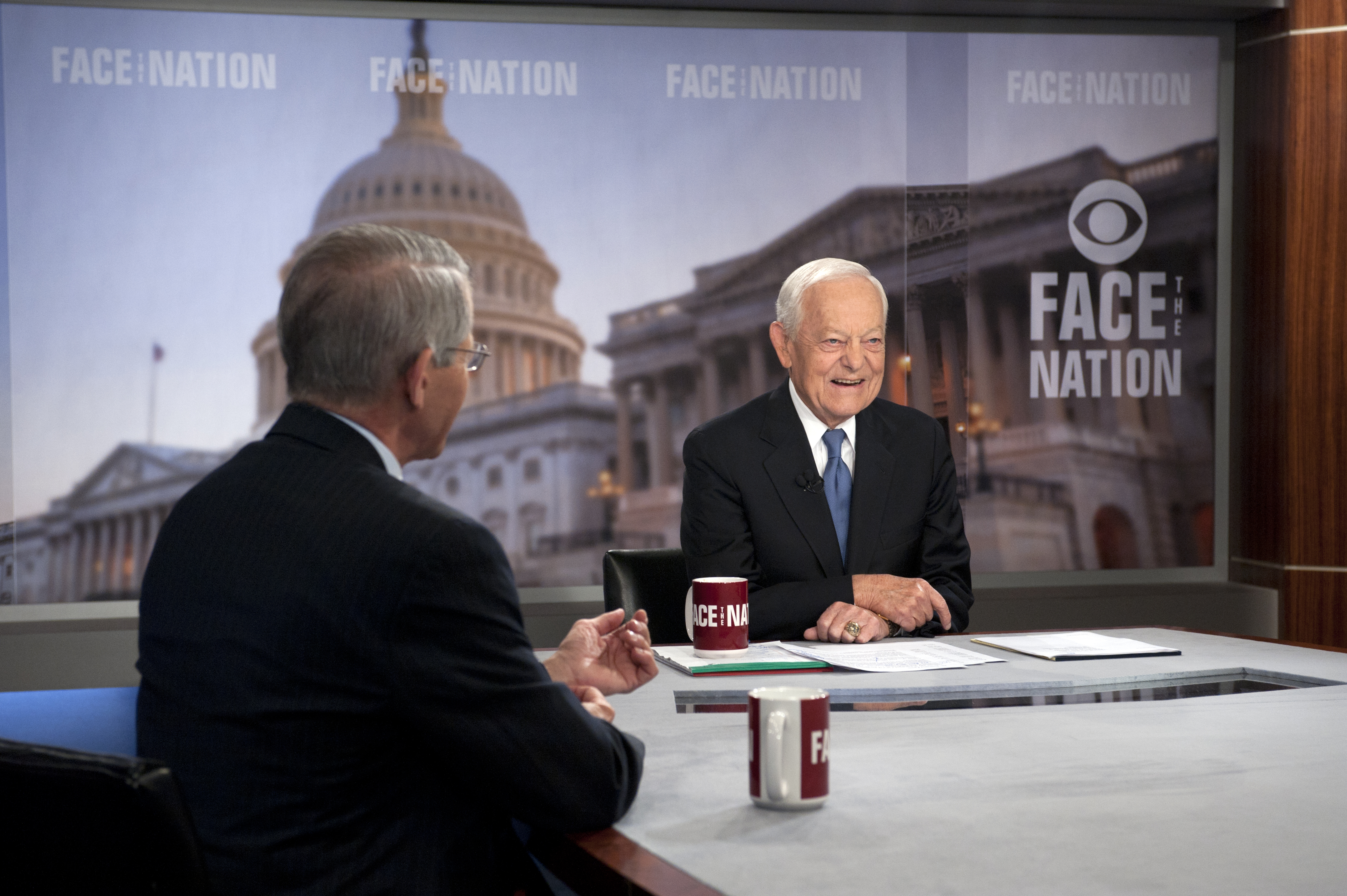 58 years ago when I was a student, it was the end of my sophomore year here at TCU, I got my first paid job in journalism. A full time job. I was hired by a little radio station here in Fort Worth. And because that is where it all started for me, I wanted this to be the place, and I wanted you all to be the first to know: This summer I am going to retire.

It's been a great adventure. You know, I'm one of the luckiest people in the world. Because as a little boy, as a young reporter, I always wanted to be a journalist. And I got to do that! And not many people get to do that. I couldn't have asked for a better life or something that was more fun and more fulfilling.

That little job at KXOL - which by the way paid $1 an hour. They had the strangest overtime system I've ever heard of. I've never heard of anything since like it. The first hour of overtime was 90 cents. The second hour was 80 cents. The third hour. We always used to say that if you worked 11 hours, you had to pay them a dime! But this is true! I'm sitting here. This is true.

But that job led to other jobs. When I went into the Air Force, there years I was there, I was always the editor of military publications. I came back to Fort Worth after the Air Force and because Phil Record, the police reporter at the Star-Telegram knew me because we had covered so many wrecks together on the police beat. He was promoted to night city editor and there was an opening the police reporter. So he promised me -- he recommended me for the job and I became the police reporter at the Star-Telegram. That of course led to a job at channel 5 television and that of course led to my eventual hiring at CBS in New York.

I've never believed much in the self-made man theory. I think we all need a little help. And I had a lot of help along the way.

I am especially indebted to the Star-Telegram. Because when I got there, Phil Record taught me to be a reporter, editor Jack Butler then sent me to Vietnam, which was the turning point in my career. The publisher Amon Carter Jr.'s wife found me a wife. It was one-stop shopping for me at the Fort Worth Star-Telegram. Georgianna Carter is here tonight.

And once I got to CBS, I had this series of wonderful bosses. Bill Small, who was the Washington bureau chief, who hired me when I walked in off the street literally without an appointment. I later found out that I walked in on someone else's appointment and for the beginning, I was the other guy. I was the only guy that was ever hired by CBS, well they knew by then. But it turned out that the bureau chief knew James A. Byron, who was the news director at channel 5. He called him and gave him a recommendation. Then I had this job at CBS.

Then I had this wonderful boss, Richard S. Salant, who was the epitome of the values that CBS News has always stood for. Then down the years, Les Moonves, who was the CEO of CBS, who put me in the anchor chair after Dan Rather left. He was my great good friend and we worked together during that very difficult time at CBS News. Then Jeff Fager, the executive producer of "60 Minutes." Then, one of the most remarkable people I know, my current boss David Rhodes. He's right over here. David, stand up, I want people to see you. Truth is, I'm twice as old as David Rhodes. And people have said why are you deciding to retire -- that kind of might be a hint that somebody's telling me! But he is very precocious. His brother told me that when he was in the second grade, he was the only second grader who carried a briefcase around. It's true. But he's done a remarkable job at CBS News.

One of the reasons that I have decided this is the time for me retire is that I am so proud of where CBS News is now. Like any large organization, we've had our ups and down. We're on a high right now. And with shows like CBS This Morning, with a real of emphasis on hard news. A lot more emphasis on foreign reporting than others are doing, with people like Holly Williams.

Face The Nation I think is better than it has ever been. And what I want to say is this was total team effort. My equal partner in all of this - someone I have worked with for 25 years - she was there when we decided to go to an hour, and when we finally moved to number 1. She was right there with me and we've been together all the way. There is nobody on the professional side of my life that I feel more indebted to, or that I owe more to, than my great friend Mary Hager.

Mary was about the age of these other kids when she started with me. We were covering Capitol Hill together and we had some great times. it was the time of the Contract for America and all that was going on. Mary and I worked 50 straight days without a day off. We were off a couple days then worked another 39 straight days without a day off. And I'll tell you something else: You couldn't have made me not show up. There were always so many exciting things going on. And Mary was always there. It was a great experience for both of us. And now, to be working with her when Face The Nation is in the place that it is, is a wonderful thing for me.

I have received many forms of recognition over the years, but no honor that I have received over the years is more important to me, or means more to me, is having my name first on the journalism school here and then last year on the College of Communications. Thank you. I think some of my professors would probably have a heart seizure if they realized my name was on those schools now after some of the grades I turned in. Kindly old Dr. [IN AUD] gave me a C in Spanish that final semester, which I needed to get out of here. But he believed in mercy over justice. I got that C and I took my diploma and left before they took it away from me.

I am so proud also of where the journalism school and the college have come in the last 11 years. When they asked me about putting my name on the journalism school, I said I would be greatly honored to do that, but I only want to do it if you want to take it to another level. I said we must strive to be the best in the country. We might not get there. But we're certainly not going to get there unless we aim high, unless we try to do it. And they said they would. It took us about three years to do it, but we raised the money. We're not the best school yet but we have a chance to, because we now have a facility that is good as any communications college in the country. We still have a ways to go, but I think with the right attitude and the right vision, I think we can get there. I believe we can do it. It's going to take a lot of people working together to get that done. But I think it is doable.

And finally, I just want to say one thing. Of all the people that have been with me all along, there is the one who counts the most, the one who has done the most. In fact, every once in a while she's the one who comes up with these commentaries that I write on Sunday. She is truly a great muse. She is that young woman that Georgianna Carter found for me 48 years come Wednesday, we will have been married. My dear wife Pat. Turn around! She is just simply the best.

I want to thank all of you all for coming. To those of you students who are thinking of going especially into journalism or any of these communications jobs, all I can tell you is that I can't think of anything I could have done that I could have gotten more satisfaction from and more downright fun. And when you come right to it, that is why you should choose what you want to do. Don't worry about the success. Pick something you like to do, and if you're good at it, the success part takes care of itself.

For me, it was a great life. I've often said that if my life ended tomorrow, I would have gotten my money's worth. I never imagined I would have the kind of experiences I had in journalism and I feel like one of the luckiest people in the world. To all of you at the Journalism College and at the College of Communication - I'd just say to you, let's still try to be the very best we can. Always aim high. Because if you don't aim high, there's no way you're going to move very far. Thank you for what you've done and thank you all for coming tonight. I love you all. Thank you all!

Dr. Deborah Birx on politics of the pandemic
Bob Schieffer