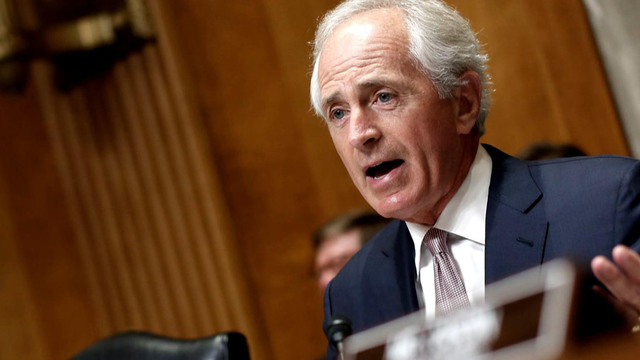 Sen. Bob Corker is seeking clarity on how a provision that would benefit people like him and President Trump wound up in the final agreement to overhaul the nation's tax code between Republicans in the House and Senate.

The Tennessee Republican sent a letter to Senate Finance Committee Chairman Orrin Hatch, R-Utah, on Sunday and asked how a provision on pass-through businesses that would reportedly give real estate investors a large tax break wound up in the deal. A reporter had called Corker, he said, alleging that it was a new provision inserted into the bill.

"My understanding from talking to leadership staff today is that a version of this provision was always in the House bill—from the Ways & Means markup, through House floor consideration—and in reconciling the divergent House and Senate approaches to pass-through businesses this House approach stayed in the final conferenced version," Corker said.

Corker's office noted that the senator was not involved in the writing of the legislation and was not a member of the conference committee that crafted it.

"Because this issue has raised concerns, I would ask that that you provide an explanation of the evolution of this provision and how it made it into the final conference report. I think that because of many sensitivities, clarity on this issue is very important and hope that you will respond in an expeditious manner," he added.

Corker announced on Friday that he would back the plan, which is expected to pass both chambers this week.