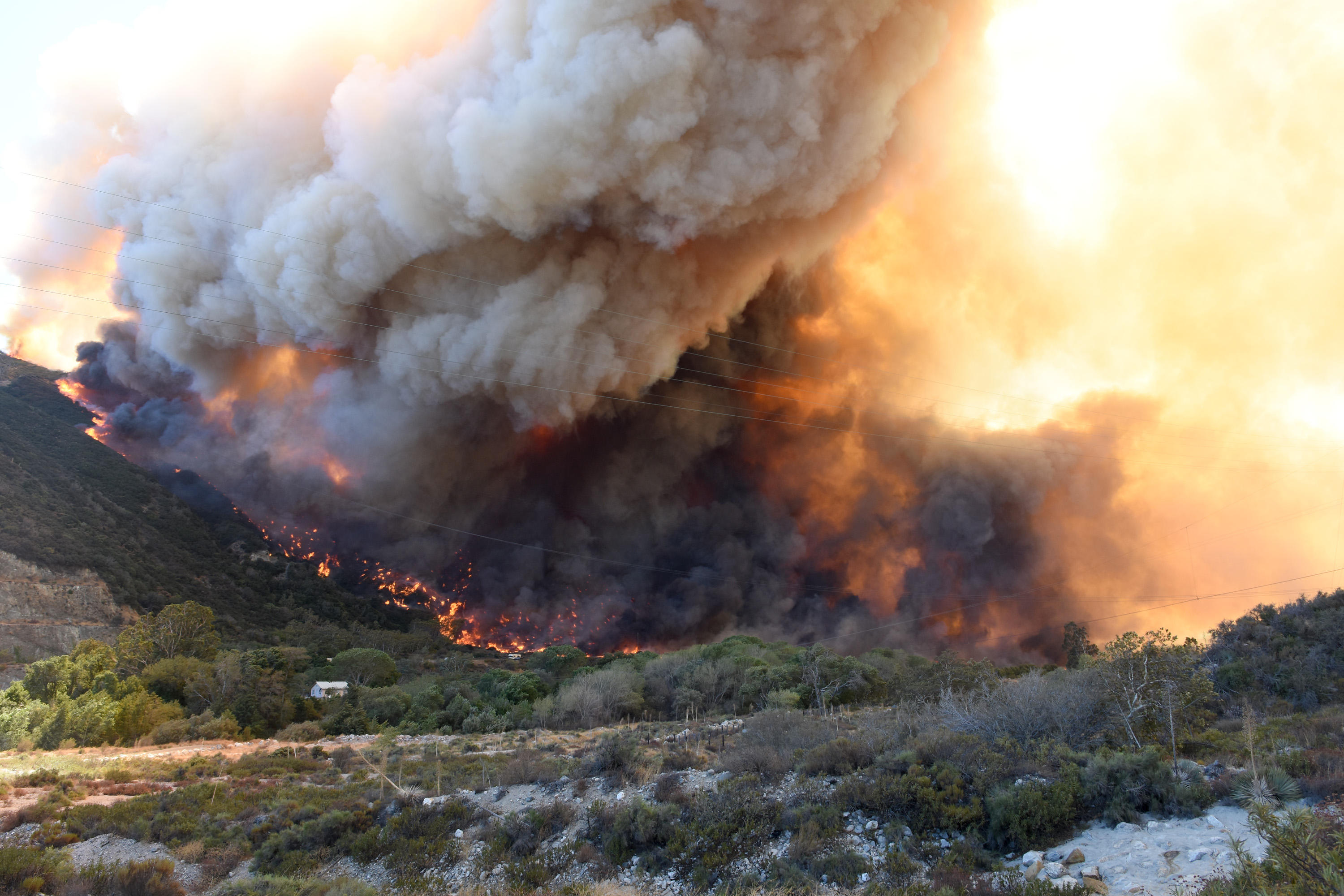 Firefighters are battling to keep the relentless Blue Cut wildfire in Southern California from destroying more homes. More than 82,000 people are under evacuation orders, and several homes have already been gutted, but officials cannot confirm how many.

Firefighters said they have never seen anything like this wildfire, growing so fast with such ferocity since it started late Tuesday morning, reports CBS News correspondent Carter Evans. More than 1,500 firefighting personnel are here, with 178 engines and 10 air tankers. But despite the massive effort, the wildfire continues to grow and is only contained by four percent.

The frustration of firefighters becomes clear after just one look at the huge wall of flames in San Bernardino County.

“The biggest thing was, we had to continually retreat against that advancing wall of fire, and that was something that I haven’t witnessed in this section, ever,” said Eric Sherwin of the San Bernardino County Fire Department. “We have strike teams here, and remember, our priorities are life, properties, and infrastructure. And lives also include firefighters’ lives. And we can’t go and stand in front of that 80-foot wall of fire. That’s just self-defeating.”

The fire raced through here late Wednesday afternoon, scorching just about everything in its path. But spot fires still remain and are putting homes in jeopardy.


On Tuesday, the fire tore through neighborhoods in the community of Phelan, with home after home going up in flames. It was only after smoke cleared Wednesday, that we could see the full extent of the devastation.

“I can tell you that this fire came out screaming through this section of the burn area,” Sherwin said.

The firefight continued on the ground and from the air. This wildfire has grown to more than 40 square miles -- almost the size of San Francisco. The entire community of Wrightwood remains under mandatory evacuation orders.

“They’re under mandatory evacuation for a reason. Obviously there’s a very large threat there,” said Cathey Mattingly of the California Department of Forestry and Fire Protection.

Despite the threat, some there say they’re staying put.

“How bad would it have to get here in order for you to leave?” Carter asked one Wrightwood resident.

“It’d have to be really close,” Peggy Fall said.

Hazardous red flag weather conditions will remain in effect here until 9 p.m. Thursday night. That means it will be hot, dry, and windy well into the evening, and humidity is expected to remain low.

Hazardous red flag weather conditions will remain in effect here until 9 p.m. Thursday night. That means it will be hot, dry, and windy well into the evening, and humidity is expected to remain low.