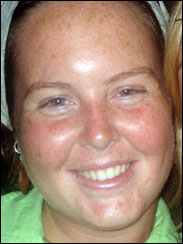 The heart drug Plavix reduces the risk of new heart attacks, strokes and death by 20 percent a year in people being treated for mild heart attacks and bad chest pain, according to a Canadian study released Monday.

Plavix is a blood thinner that is already widely prescribed after angioplasty to prevent life-threatening blood clots. However, the new study could vastly increase its use.

Although not included in the latest study, doctors said it will make sense to prescribe Plavix to all heart attack victims.

"This is a breakthrough," said Dr. Valentin Fuster of Mount Sinai School of Medicine in New York City. "It will change the practice of medicine."

The study, directed by Dr. Salim Yusuf of McMaster University in Hamilton, Ontario, was presented at a meeting in Orlando of the American College of Cardiology. It was financed by Plavix's makers, Sanofi-Synthelabo and Bristol-Myers Squibb.

It was conducted on 12,562 patients in 28 countries who had acute coronary syndrome. These are patients with severe or unpredictable chest pain, called unstable angina, or mild heart attacks. These are known technically as non-Q-wave attacks because of the way they look on electrocardiograms.

All the patients got their standard treatments, including aspirin, and half were randomly assigned also to take Plavix, which is known generically as clopidogrel, every day.

The average patient follow-up was nine months. Yusuf said the study suggests that Plavix could prevent 28 major life-threatening events for every 1,000 patients treated over nine months.

The only important side-effect was bleeding. The risk of this was about the same as for aspirin. Yusuf said that six patients per 1,000 would need a transfusion for bleeding over nine months.