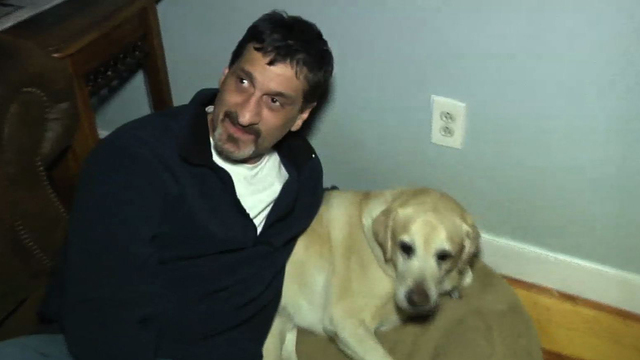 The flight was about to take off from Philadelphia heading to Long Island's MacArthur Airport when Albert Rizzi said he was confronted by a flight attendant because his guide dog wouldn't stay under his seat.

"We were on the ground for over an hour and 45 minutes waiting to take off and the dog became a little disgruntled, agitated because of the vibrations of the plane and inched out from under the seat and was under my legs," Rizzi told 1010 WINS. "The woman came back again and said 'the dog has to be under the seat, we're not going to take off until you get that dog under the seat.'"

Rizzi said the flight attendant later returned and kicked him and his dog off the flight. That's when Rizzi said other passengers on board rallied behind him.

"Security comes on and they go to take this gentleman off the plane with his dog," fellow passenger Frank Ohlhorst said. "So when we, the passengers, realize what was going on, we were like 'why is this happening? He's not a problem.'"

Rizzi said he was "humbled" by the actions of his fellow passengers.

All of the passengers ended up taking a bus back to Long Island.

U.S. Airways says it is investigating the incident.