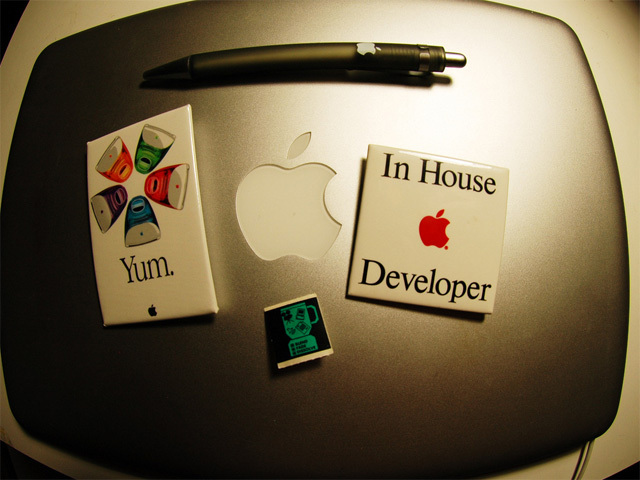 COMMENTARY Wireless irony is so delightfully ... ironic. Research in Motion (RIMM) has become the whipping boy of the mobile world. And for good reason: a confused, slow, and ineffective response to competition from Apple (AAPL) and Google (GOOG); sagging unit sales; and a new CEO who thinks the company was making all the right choices in the first place, thank you very much.

But if RIM's recent claims about the success of BlackBerry apps are at all accurate (always a good question with any corporate pronouncements that you can't independently verify), developers on the "dying" platform may be laughing all the way to the bank. In fact, they might be making a lot more money than the average app developer building on the vaunted iPhone or Android platforms.

RIM co-founders step down, not far enough away
Whither, RIM? Looks like nowhere but down
Kodak, Yahoo and RIM: Death comes for us all
Most Apps in the Apple App Store Will Probably Lose Money
Most Android Apps Make Almost No Money

A few assumptions regarding the state of the mobile market have gone largely unchallenged. One is that apps are a major reason for platform adoption and for the dominance of Apple. That would be odd -- although Android has offered fewer apps, it seems more popular.

If that notion were true, Google couldn't possibly have caught up, given the lead that Apple had in developers devoted to making a buck. But enough consumers found Android attractive enough to make it the market leader, even when it didn't have the massive number of apps available for the iPhone.

Another dubious rule of thumb is the assumption that vast numbers of developers are cleaning up on apps. Apple sounds like either a corporate Carl Sagan or a McDonald's sign when it points to the billions and billions the company has paid out to developers.

Trouble is, Apple's claims say little about how the spoils are distributed. Indeed, I've found that the average iPhone app probably lost money.Same goes for Android. It's like the old PC shareware market. Some companies might have made a mint, but the bulk of developers were getting pin money at best.

In the current mobile market, payouts are concentrated among the most popular apps. It's the high-tech equivalent of becoming the homecoming king: Many want the crown, but few will get it.

That leads to the BlackBerry irony. Developers may support a third-place (at best) platform, but they also might be making more money for their efforts.

Big fish in a small pond?

According to RIM, Blackberry users dowload 6 million daily apps, or more paid-app downloads than on the Android Market. But the really intriguing claim is that 13 percent of the developers have already made $100,000 from the BlackBerry App World.

Of course, that statistic could be misleading. Does making money include picking up consulting business that starts as an app download? And how many apps does the average developer have there?

Even so, RIM appears to be the only platform vendor willing to offer even a clue about how it spreads the wealth. That Apple and Google haven't touted the riches flowing to their broader developer community suggests that only a tiny minority are making big bucks churning out apps for iPhone and Android.

The future of mobile may well be with Apple and Google. For now, though, developers might be far better off focusing first on BlackBerry, growing into big fish in relatively small ponds with far fewer competitors, and then moving their hits over to the other platforms.

When you own an independent business, you sometimes have to see through the popular wisdom and head right to where the zeros accumulate to the left of the decimal point.