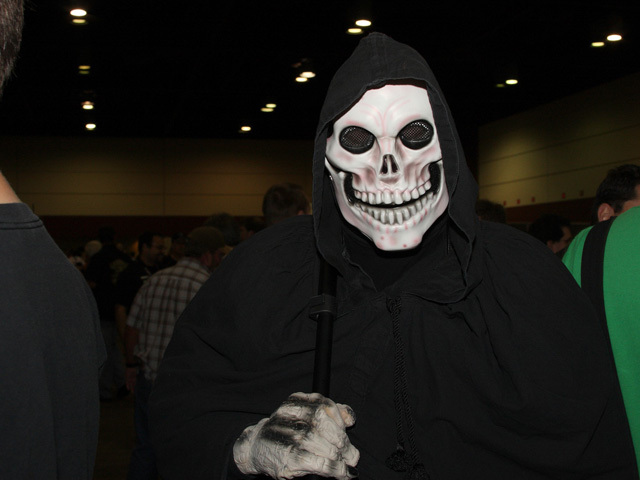 COMMENTARY It's been decades since Paul Simon wrote his homage to Kodachrome. A couple of years ago, Kodak (EK) produced the last box of the marvelous film that was once the darling of such publications as National Geographic and Life Magazine. Now the future of the company itself is in grave doubt. Kodak's business is the victim of digital photography: a technology it literally invented.

Now comes the second-guessing as people wonder what steps might have saved the company. The same thing has happened, though at a much slower pace, with Yahoo (YHOO). Most recently, the company shut down four entertainment blogs while saying its entertainment coverage wouldn't be hurt -- as many wonder when someone will buy the company. And then there's RIM (RIMM), which squandered its lead in smartphones and raises the question of what went wrong. But corporate Monday-morning quarterbacking may be nothing more than whistling past the business graveyard. Maybe there are times a company has run its course and nothing a Great Leader might have done would have altered the ultimate course of events.

Facebook-Kodak Deal: A First Step Toward Social Networks Infiltrating Everything
Yahoo's for Sale -- but Why Would Anyone Buy It?
RIM Earnings: Sales, Margins, Income -- You Name It, It Fell

What happened to Kodak was a classic case of "yum, yum." As Steve Sasson, who was on the team that invented the digital camera, wrote, throughout 1976, Kodak audiences received demonstrations of the new technology.

But the kludged-together combination of a "temperamental" CCD array, a cassette tape player, scrounged electronics, a lens and 16 batteries needed 23 seconds to record an image. The playback device was even bulkier, and that didn't count the television set. And of course, calling the new set-up "film-less photography" wasn't going to endear it to those whose livelihoods depending on selling film and processing chemicals. It was not only anathema, but financial suicide when executives all "knew" that customers would never want to look at photographs on a screen.

Talk about a classic example of Christensen's idea. But could Kodak have survived if it had addressed digital photography early on? That's unclear. Although Kodak had made cameras for many years, it still needed good relations with Canon, Nikon, Pentax, and the like, because their customers were the ones who would use film. And yet, the camera companies would develop their own digital photography technology.

The only out might have been to develop such a body of imaging products, technology, and massive patent protection that would have made Kodak an important supplier and licensor to all the camera companies -- and to the smartphone manufacturers that would start to displace many point-and-shoot camera sales. In the process, Kodak would have remained the same company in name only and would have shrunk at best to a fraction of its size. For all purposes, the old Kodak had to die because it had run its course of usefulness and meaning.

No one likes the idea of death. Contemplating it seems especially taboo in the U.S., other than in fanciful entertainment meant to scare and then reassure that you, the audience member, are still alive. But maybe the logic that we must naturally apply to ourselves and others also extends to companies.

The average lifespan of a Fortune 500 or equivalent corporation is between 40 and 50 years. That's it. Perhaps a big reason companies die is eventual management failure. But is that so different from a body's organs breaking down and no longer remaining able to sustain life?

Companies face death because conditions are no longer welcoming and what they once did is either unnecessary or has fallen prey to new companies -- corporate evolution. But the dangers don't stop with Charles Darwin. When it comes to Yahoo, you might as well turn to Jean-Paul Sartre. Few companies could better portray a loss of corporate meaning.

Yahoo's start was an accident at a time when a collection of links to things on the Web was useful. The company capitalized on that, but over time it has tried to become too many things to too many customers. When you try to be everything to all, you're nothing much to anyone. An individual might find personal meaning to be enough, but a company must have meaning to its customers. Yahoo has no purpose and hasn't in a long time.

One of the big failures of former CEO Carol Bartz was her inability to articulate exactly what Yahoo should do as a company. But the problem went far deeper, because the board obviously had no idea, either. It still doesn't, which means the customers won't. Some people might be inconvenienced if the company disappeared, but unless they make money by selling something to Yahoo, they'll quickly get over it.

Companies get their meaning from the way they can serve and satisfy their customers. Perhaps the raison d'etre seems paltry. For example, McDonald's finds a low common culinary denominator. But when the meaning and corporate identity completely slip away, so does the company.

RIM has taken a more James Dean approach. Management road initial success for a long time, but became enamored of its own greatness and simply didn't keep up with what Apple (AAPL) and Google (GOOG) were doing on the mobile front.

Instead of putting the collective nose to the grindstone, co-CEOs Jim Balsillie and Mike Lazaridis, like modern Neros, fiddled as their Rome burned. Instead of addressing the problems, they tried lowering prices to keep expanding unit sales, as this chart from Ycharts.com shows (gross margin shows what percentage of revenue is left after covering the costs of manufacturing products or delivering services):

The car wreck started in the summer of 2008 -- right after Apple introduced the iPhone 3G and the App Store. Ever since, it's been the same old same old in RIM headquarters. Now the company is ="http:>

Maybe the speed of technology is shortening the lifespan of corporations, particularly those in high tech. In any case, executives and investors should begin to consider whether, sometimes, it's smarter to close down an ailing operation, divvy up the money, say it's been a good run, and move on to something else.

New app aspires to be the Airbnb of parking
View CBS News In
CBS News App Open
Chrome Safari Continue
Be the first to know
Get browser notifications for breaking news, live events, and exclusive reporting.