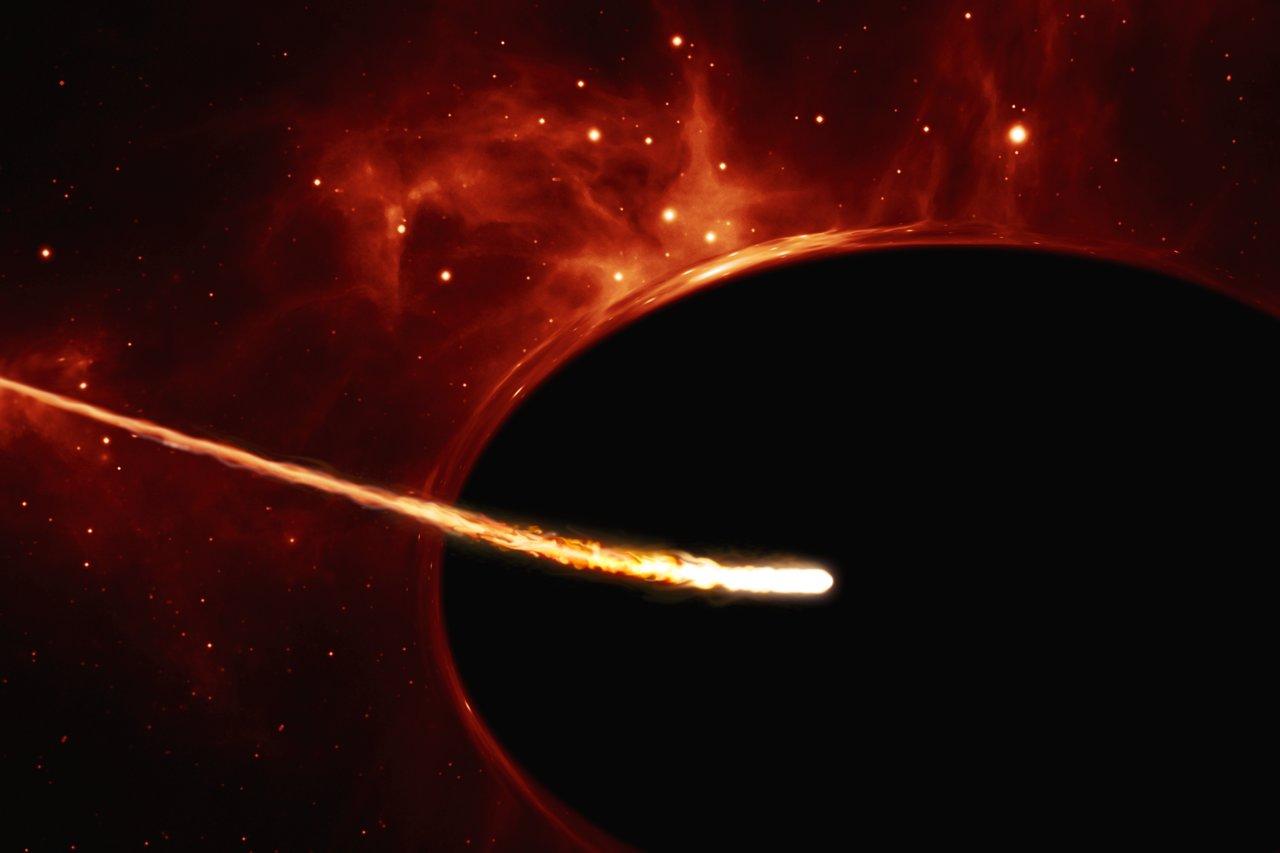 In January, scientists said they discovered an exploding star ending in a super-luminous supernova that was almost inconceivably bright — more so than the output of the entire Milky Way. Now, new research shows the distant flare may have actually been the result of a rare cosmic collision.

Even when news about the exploding star was announced, it didn’t quite seem like your run-of-the-mill supernova explosion of a star at the end of its life.

“The explosion’s mechanism and power source remain shrouded in mystery because all known theories meet serious challenges in explaining the immense amount of energy ASASSN-15lh has radiated,” astronomer Subo Dong said in a statement at the time.

A study based on new data and observations of ASASSN-15lh attempts to solve the mystery by re-classifying it as what’s called a Tidal Disruption Event (TDE). That’s the scientific way of saying that the powerful gravitational forces of a rotating black hole jarred and pulled at a star that passed too close, stretching it like spaghetti until it was ripped to pieces in a series of fantastic explosions.

“We observed the source for 10 months following the event and have concluded that the explanation is unlikely to lie with an extraordinarily bright supernova,” Giorgos Leloudas, of the Weizmann Institute of Science, said in a news release Monday. “Our results indicate that the event was probably caused by a rapidly spinning supermassive black hole as it destroyed a low-mass star.”

After the doomed star was torn apart by the black hole’s extreme tides, all those ripped up star bits probably collided with each other at high speed before falling into the black hole. (Yes, those tides are similar to the way the moon pulls at our oceans, just incomprehensibly more powerful.) All this would have generated crazy amounts of energy and created the flare astronomers are now seeing some 3.8 billion light-years away.

A typical supermassive black hole doesn’t quite explain the luminosity of the explosion, which is why the scientists believe it would have to be a rapidly spinning black hole (also called Kerr black holes) to do the kind of damage observed.

“Even with all the collected data we cannot say with 100 percent certainty that the ASASSN-15lh event was a tidal disruption event,” concludes Leloudas. “But it is by far the most likely explanation.”

The research will be published in a paper (PDF) in the debut issue of Nature Astronomy  in January.