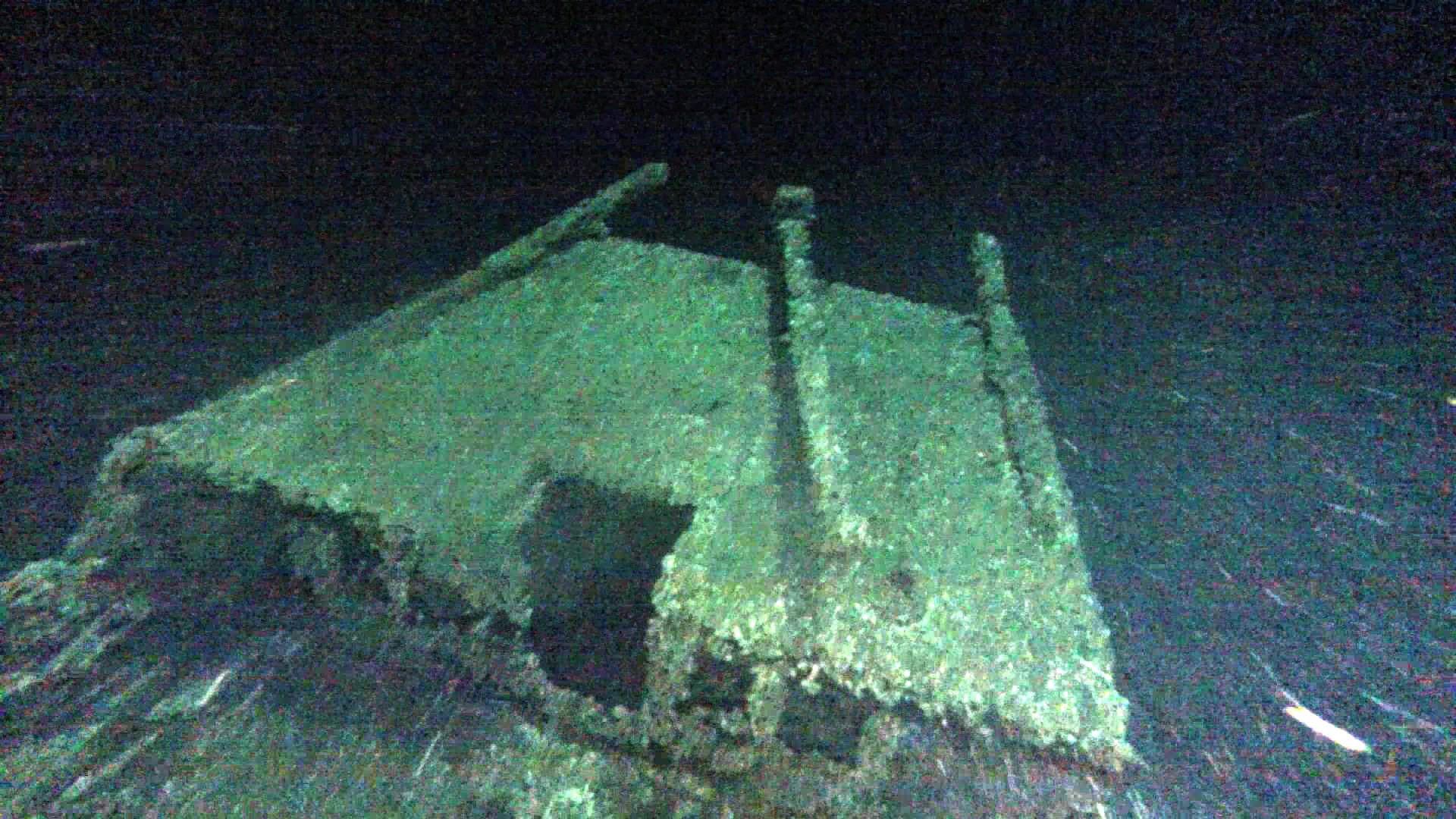 ALBANY, N.Y. -- The 144-year-old shipwreck of a rare sailing vessel that typically wasn’t used for long voyages on the Great Lakes has been found in deep water off Lake Ontario’s New York shore, according to two underwater explorers.

Western New York-based explorers Jim Kennard and Roger Pawlowski announced Friday that they identified the wreck as the Black Duck in September, three years after initially coming across it while using side-scan sonar in 350 feet of water off Oswego, New York.

The 51-foot-long, single-mast ship known as a scow-sloop sank during a gale while hauling goods along the lake’s eastern end in August 1872. The ship’s captain, his wife and a crewmember, the only people on board, all survived by getting into a small boat and reaching shore eight hours later.

Only a few scow-sloops sailed the Great Lakes, Kennard told The Associated Press. A search of nautical records turned up only about a dozen references to scow-sloops being built in the region, he said.

The Black Duck wreck is believed to be the only fully intact scow-sloop to exist in the Great Lakes, Kennard said.

The vessels’ simple design -- squared bow and stern and a flat bottom -- allowed it to be run up on beaches for loading and unloading of cargo.

“Scows, because of their shape, are workhorses,” Sowden said. “They’re not there to move fast through the water. They’re there to carry a lot of cargo.”

Typically used on rivers or for short voyages on the Great Lakes, scow-sloops weren’t constructed for high winds and waves in open water. The Black Duck got caught in such conditions on Aug. 8, 1872, during the 40-mile trip from Oswego to Sackett’s Harbor on Lake Ontario’s eastern end. The ship sank soon after springing a leak during a gale.

“They weren’t built to withstand that kind of pounding,” Kennard said.

The Black Duck is the latest Lake Ontario shipwreck discovery for Pawlowski, of Rochester, and Kennard, of nearby Fairport. Earlier this year, they and a third member of their team, Roland “Chip” Stevens, announced they had found the wreck of the sloop Washington, which sank during a storm in 1803. The find was the second-oldest confirmed shipwreck in the Great Lakes, the explorers said.