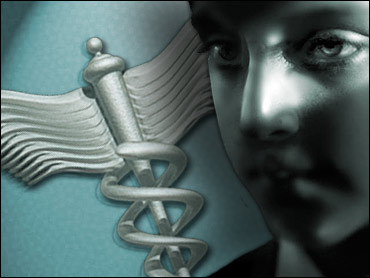 A federal advisory panel on Wednesday rejected recommending that popular drugs used to treat attention deficit hyperactivity disorder bear the strongest type of warning of the potential cardiovascular and psychiatric risks they pose.

The consensus move by the Food and Drug Administration's pediatric advisory committee leaves in doubt whether the agency will require the so-called "black-box" labels on the drugs, which include Ritalin. The panel, in simply recommending easier-to-understand language on the labels, broke with another committee that had recommended last month that the drugs include the more dire warnings.

The pediatric advisory committee, without voting, did recommend adding more information to the labels for the benefit of doctors, patients and parents.

The agency isn't required to follow the advice of its advisory committees, but usually does.

Psychiatrists and others had urged the committee to move cautiously before recommending strengthened warnings of heart attacks, hallucinations and other potential risks associated with the drugs.

In February, the FDA's Drug Safety and Risk Management advisory committee voted to recommend the agency add the strongest possible warning to some of the drugs, in that case to alert doctors, patients and parents of the uncertainty regarding the risk they may pose to the cardiovascular system.

The FDA then asked the pediatric panel to examine that same issue, as well as reports that psychosis or mania can occur in some juvenile patients at normal doses of any ADHD drug.

Adding black-box warnings to some or all the drugs, which also include Adderall and Strattera, could cause more harm than good, some experts told the panel prior to the vote.

"Certainly if adolescents and children end up going untreated, I think in some ways that would be a disservice and more people would suffer," Dr. Andrew Adesman, a developmental pediatrician at Schneider Children's Hospital in New Hyde Park, N.Y., told CBS News correspondent Elizabeth Kaledin.

The FDA has struggled since last year with the question of how to communicate the potential risks associated with ADHD drugs.

Psychiatrists and mental health advocates said leaving the disease untreated could rival the risks the drugs may pose.

"It is important to not let the discussion of ADHD medications overshadow the public health crisis of untreated mental health disorders in children," said Cynthia Wainscott of the National Mental Health Association. Her 16-year-old granddaughter has ADHD.

Ritalin is manufactured by Novartis Pharmaceuticals Corp. and in generic form by other companies; Adderall is made by Shire Pharmaceuticals Inc.; and Strattera is produced by Eli Lilly and Co.

FDA officials say patients and doctors should be aware that the small number of reported psychiatric events could represent side effects of the drugs, although they cannot point to a definitive link. However, they noted a "complete absence" of similar reports in children treated with dummy pills during dozens of clinical trials of the drugs. In many children, the events ceased once they stopped taking the drugs — and resumed in some once they restarted.

"That's unlikely to be due to random chance, suggesting some effect of the drugs," said Dr. Andrew Mosholder, of the FDA's division of drug risk evaluation.

McNeil Consumer & Specialty Pharmaceuticals said in briefing documents that it is customary to weigh the "therapeutic benefits and potential risks" of treatment. The unit of Johnson & Johnson makes Concerta, a long-acting form of methylphenidate, the drug in Ritalin.

Despite concerns, Sheri Cartlidge put two of her three children on ADHD drugs. She decided the risks were minimal compared with the benefits.

But Jacqueline Bessner of Ishpeming, Mich., said her daughter, Leanne, 15, hanged herself last year two months after starting treatment with Concerta. Bessner said more black-box warnings would be useless without increased counseling and monitoring of patients.

"It's being handed out like it's candy," Bessner said of ADHD drugs. "It's too easily accessible."

A different FDA panel planned to consider on Thursday an application by Cephalon Inc. to sell its sleep-disorder drug Provigil, or modafinil, as an ADHD treatment for children.

The FDA wants members of its psychopharmalogic drugs advisory committee to examine that request, including whether serious skin rashes seen in children treated with modafinil should merit special warnings, follow-up studies and steps to limit the risk.