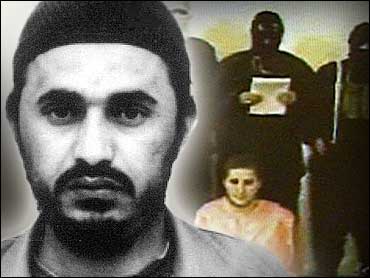 As the family of slain American Nicholas Berg gathered Friday for a private memorial service, new details emerged about his contact with FBI terrorism investigators after Sept. 11, as well as his final days in Iraq.

Berg, a 26-year-old small businessman who went to Iraq seeking a role in reconstruction, was found dead Saturday. On Tuesday, an Islamic Web site posted video in which masked militants beheaded him. The CIA has identified the speaker in the video — the man who murdered Berg — as Abu Musab al-Zarqawi, a terrorist suspected in numerous attacks in Iraq.

CBS News National Security Correspondent David Martin reports U.S. officials say the FBI questioned Berg in 2002 after a computer password Berg used in college turned up in the possession of Zacarias Moussaoui, the al Qaeda operative arrested shortly before Sept. 11 for his suspicious activity at a flight school in Minnesota.

The bureau had already dismissed the connection between Berg and Moussaoui as nothing more than a college student who had been careless about protecting his password.

But in the wake of Berg's gruesome murder, it becomes a stranger-than-fiction coincidence — an American who inadvertently gave away his computer password to one suspected al Qaeda operative, Moussaoui, is later murdered by another notorious al Qaeda operative, Zarqawi.

The slain man's father, Michael Berg, told reporters Thursday that his son was cleared of any wrongdoing. He said Nicholas Berg met Moussaoui while riding the bus to classes, and had allowed the suspect to use his computer.

The 2002 FBI interview could also explain the bureau's interest in Berg while he was detained by authorities in Iraq shortly before the militants kidnapped and killed him.

To back its claims that Berg was in U.S. custody, the family on Thursday gave The Associated Press copies of e-mails from Beth A. Payne, the U.S. consular officer in Iraq.

A private memorial for Berg was scheduled for Friday at a West Chester synagogue. Family members declined to discuss burial arrangements.