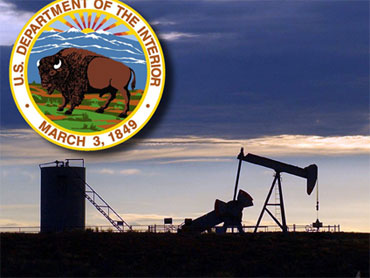 The eastern United States suffered through another day of bitter cold and blustery winds on Friday, as single-digit temperatures iced roads, airplanes and rivers, and made outdoor exposure deadly.

With the demand for heat so high, officials in New England warned of possible rolling blackouts.

Painfully cold arctic air has descended on the region along with snow, with CBS News Meteorologist George Cullen forecasting one more day of brutally cold weather across the Northeast. Fierce winds will keep the wind chill readings below zero everywhere from New York City into upstate New York and all of New England.

"The weekend will still be very cold but it won't be as extreme but here's the kicker: Snow will develop across the Northeast Saturday night into Sunday and that'll be followed by guess what? More arctic air," said Cullen. "As a matter of fact it looks like the Northeast will experience below normal temps right until the end of the month."

At least six people have died in the latest cold snap, including a hiker found in the White Mountains of New Hampshire.

New York City matched an 1893 record low for the day at minus 1 degree, according to the National Weather Service. The temperature was expected to rise to 18, but with a wind chill still below zero.

"Any exposed skin can freeze in less than 30 minutes," forecaster Scott Reynolds warned.

The hiker found dead Thursday in New Hampshire had been outside since Monday in the White Mountains, where temperatures fell to minus 45 and the wind chill approached minus 100. Friends said Kenneth R. Holmes had called them from a cell phone Tuesday saying he planned to hitchhiking home the following day.

He was well-equipped, including a tent and a stove, but "in these extreme temperatures, it's not always going to cut it," said Fish and Game Department Lt. Robert Bryant.

The storm and cold also claimed at least five lives in Michigan, where 10 inches of snow north of Detroit made roads dangerous, authorities said.

In New York City, outreach teams from the Department of Homeless Services planned to bring homeless people in the city indoors, even against their will, if they were at risk of losing life or limb, said Jim Anderson, a department spokesman.

With high heating demands in homes and businesses across the Northeast, Vermont's governor and power companies in Connecticut warned on Friday that there could be rolling blackouts.

New York State set a record for winter power usage Thursday and was expected to break it Friday, though power grid officials said there appeared to be enough electricity to meet the demand. Maine's governor had already declared a civil emergency in his state, waiving certain trucking regulations so fuel oil delivery drivers could work overtime.

The storm and cold also forced the cancelation or delay of hundreds of flights at New York-area airports, and ferries linking New Jersey and New York were iced in, forcing commuters find other ways to reach work.

Scores of schools from New York to Massachusetts called off classes over concerns that buses might not start in the bitter cold and that children could be stranded at their stops.

"I can't remember ever closing school for the temperature," said schools Superintendent Frederick Foresteire in Everett, Massachusetts, where more than half of the 5,600 students walk to school each day. The morning temperature there was around minus 3.

"The air we are experiencing right now is coming straight from the North Pole and basically with snow cover and especially with Hudson Bay frozen already, there is no catalyst there to moderate this air mass as it comes down," said meteorologist Tim Markle, at The Mount Washington Observatory in New Hampshire.

"We basically are experiencing the same temperatures as they would up in the Arctic Circle range in Canada, up in the Northwest Territories, or even up toward the pole," Markle said Friday. "That's very unusual for up here."

While Mount Washington didn't set a record Thursday, the observatory crew wasn't letting the opportunity for a little fun pass by. With the temperature at minus 39, and wind chill around minus 97 Fahrenheit, staff members pulled off layers of shirts and ran outside.

"We were jumping up and down and we stood out there long enough to have picture taken and ran back inside," Markle said.

"We knew when to run in," he said. "We knew if we were out there maybe 10 more seconds, we'd start feeling some bad things."

A little relief was expected by the weekend, with temperatures rising into the 20s by Saturday.