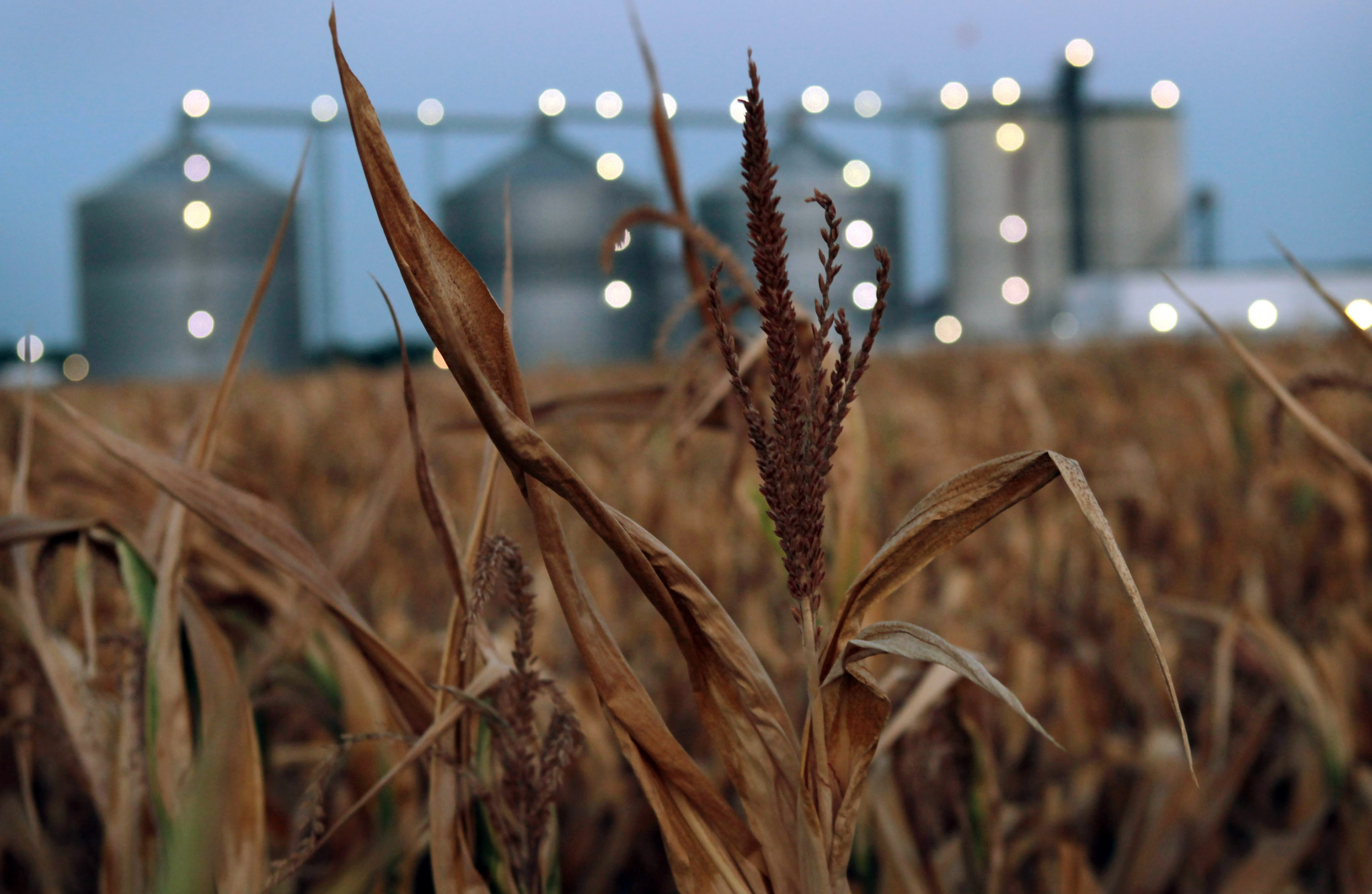 From the United States to Europe, biofuels have been championed as a way to help combat global warming and reduce dependence imported oil. But a new report is reviving a long simmering debate over whether an increased dependence on crops for fuel is worth the impact it could have on the world's food supply.

The World Resources Institute (WRI) report Thursday concluded that in order to ramp up biofuel production as much as many governments would like would take all the crops, grass and wood harvested today.

That would leave no resources to keep up with demand for timber as well as for meat and dairy products, which the report suggests could surge by 80 percent as more and more people in places like China become wealthier.

"To meet these needs at today's level while at the same time meeting a 20 percent bioenergy target in 2050, humanity would need to at least double the world's annual harvest of plant material in all its forms," said the report's lead author, Tim Searchinger, a research scholar at Princeton University.

"Even assuming large increases in efficiency, the quest for bioenergy at a meaningful scale is both unrealistic and unsustainable," it said.

The report calls for governments to end subsidies and other perks for biofuels, whether that is corn-based ethanol or cellulosic ethanol, which primarily uses feedstock. It also dismissed suggestions that fast-growing trees and grasses could be used a fuel source in what is called bioenergy.

"We would like to phase out biofuels that require the dedicated use of land," Searchinger said. "We're not against using waste and other residues. The thing is, we only have so much land in the world. There are serious costs to using it for energy because of it what we have to give up."

Bob Dinneen, the president and CEO of the Renewable Fuel Association which represents the ethanol industry, dismissed the concerns about biofuels and said of the WRI report: "A cursory update of a failed theory is not science and does nothing to enlighten the debate about biofuels."

"The 'land use change' and 'food vs. fuel' arguments are as wrong today as they were seven years ago when Searchinger first gained notoriety with his doomsday predictions," Dinneen told CBS News in an e-mail interview. "As passionate as he is in promoting his agenda, the truth cannot escape the fact that real-world data conclusively show reduced deforestation, reduced global hunger, and deceleration of cropland expansion during the biofuels era."

As of 2010, biofuels provided roughly 2.5 percent of the energy in the world's transportation fuel. This came overwhelmingly from food crops: ethanol distilled mainly from maize, sugarcane, sugar beets, or wheat, and biodiesel refined from vegetable oils.

Searchinger acknowledges yields have improved but insists they would have to "grow even faster over the coming four decades than they did over the previous four previous decades" to handle the demands for biofuels and food.

"We have increased yields thank God," he said. "The challenge is that we need 70 percent more food even without an increase in bioenergy by 2050. To provide that without cutting down more forest, we need the rate of yield growth a third higher than it was over the past 40 years during the Green Revolution."

His report comes at a challenging time for the biofuels industry in the United States.

A coalition of big oil companies, environmental groups and food companies have been aggressively lobbying the government to reconsider its entire ethanol program -- which requires blending up to 10 percent of ethanol with gasoline -- amid concerns that it is doing little to address climate change and is having unintended environmental consequences.

An Associated Press investigation last year found that the rush to convert land for corn for ethanol wiped out millions of acres of conservation land, destroyed habitat and contaminated water supplies.

Five million acres of land set aside for conservation -- more than Yellowstone, Everglades and Yosemite National Parks combined -- have been converted since President Obama took office.

But if biofuels aren't the answer, then what is?

Searchinger calls for more investment in solar power. The report found that on three-quarters of the world's land, photovoltaics can generate more than 100 times the useable energy per hectare than bioenergy is likely to produce in the future "even using optimistic assumptions." And because electric motors can be two to three times more efficient than internal combustion engines, photovoltaics can result in 200 to 300 times more useable energy for vehicle transport than bioenergy per hectare.

Solar energy, Searchinger said, "is much, much more efficient and you don't need fertile land to produce it."