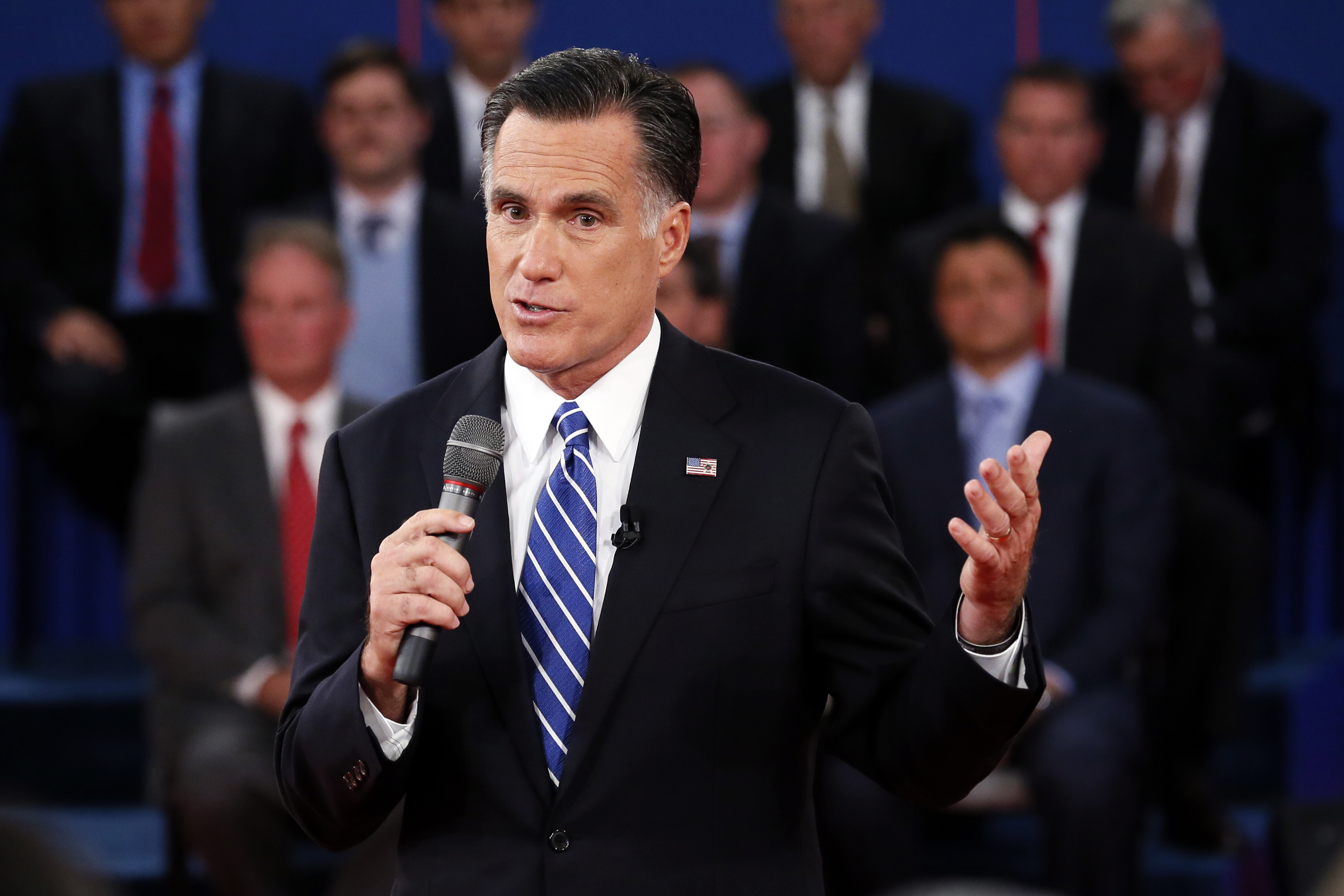 Those watching the presidential debates Tuesday night may have gotten their water cooler moment, thanks to Mitt Romney's unfortunate choice of words. Many are saying that the former Massachusetts governor had another "Big Bird" moment, when he said that he was given a "binder full of women," while answering a question about pay equity for women.

During the debate Romney was asked to respond to a question about pay equity for women. Romney recounted a story in which he noticed none of the applicants for his cabinet were women, adding that his staff responded by saying: "Well, these are the people that have the qualifications."

"I went to a number of women's groups and said, 'Can you help us find folks,' and they brought us whole binders full of women," Romney said. The quote immediately went viral on Twitter, Facebook, Tumblr and YouTube.

Within minutes, the hashtag #bindersfullofwomen was trending worldwide on Twitter. The Twitter parody accounts @RomneyBinders and @Romneys_binder were quickly launched and had netted more than 32,000 and 13,000 followers respectively,  by Wednesday morning.

Twitter users also connected Romney's recent remarks with a comment he made at the first presidential debate, where the former Massachusetts governor said he would cut funding for Public Broadcasting Service.

"The first person to Photoshop Big Bird holding binders full of women wins the whole damn internet," tweeted Reuters social media editor Matthew Keys. Within the hour, Keys got his response in the form of an mashup of Big Bird holding a binder.

The Obama campaign apparently capitalized on the Twitter trend, buying ads that surfaced when users searched for the Twitter hashtag #bindersfullofwomen.

It didn't take long for Romney's remark to spark a Binders Full of Women Tumblr, where social media users turned his remark into an internet meme. The Tumblr account features images inspired by Romney's sound bite, many with references to previous internet phenomena such as Texts From Hillary.

In addition, Google search interest in the term "binders" increased by 425 percent during the first hour of the debate and "binders full of women" was the No. 3 Google trending query for the night.

"Binders full of women" is only the latest internet meme to stem from the presidential campaign. Previously, Romney's "Big Bird" comment and the Clint Eastwood's speech at the Republican National Convention have transpired into social media phenomena.