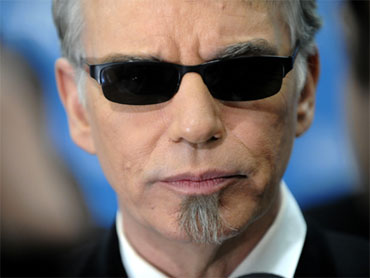 OCOEE, Fla. (AP) The estranged daughter of actor Billy Bob Thornton charged in the death of a 1-year-old girl she was baby sitting in central Florida will remain in jail for now.

A judge ruled Wednesday that 29-year-old Amanda Brumfield will not be released until the medical examiner can testify about evidence heard during her pretrial hearing.

A detective testified that the medical examiner found bruises on the child's head and a skull fracture during the autopsy. Jan Garavaglia ruled that a fall could not have caused the injuries that the child suffered.

Brumfield was indicted last month on a first-degree murder charge. She's being held without bond.

Thornton's publicist has said the actor hasn't spoken to Brumfield for a number of years.