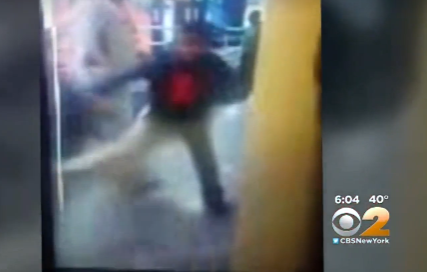 SPRINGFIELD, Ill. -- The video posted on Facebook showed a 12-year-old on the ground while another boy tried to stomp him, with classmates standing by, circling the two and recording the fight on their phones.

Neither boy was seriously hurt, but Republican Rep. Terri Bryant of Murphysboro in southern Illinois was so disturbed by the spectators' behavior that she's proposed a bill making it a crime to record fights to share online.

"Instead of getting help, they opened their cellphones," said Bryant. "I just want to send a clear message that it is unacceptable to stage these fights or be a willing bystander."

Bryant's proposal, though, has prompted concerns about infringing on free speech rights and unnecessarily criminalizing young people. Similar concerns have hindered lawmakers around the country who have tried in recent years to crack down on cyberbullies who take to social media to harass classmates. In addition, intent can be difficult to prosecute.

"I wish someone would have stepped in," said Tiffany Thomas, the mother of the boy who was on the ground in an alley near the Murphysboro middle school during the fight last month.

Bryant's bill, introduced days after she learned of the video, would make it a misdemeanor charge of disorderly conduct to post fight videos online with intent to condone or promote the violence.

All 50 states have anti-bullying laws, but only half of those laws address cyberbullying, according to the Cyberbullying Research Center.

Utah passed a law in 2011 that would prevent students and faculty from using cellphones or other electronic devices to post words, videos or pictures to the Internet with the intent to harm or threaten another person. Since then, several other states have passed cyberbullying laws that criminalize posting harmful or threatening content to social networking sites.

Illinois passed a law criminalizing cyberbullying in 2014, but Bryant's bill is unrelated.

"I would hate for children or teenagers to then have a misdemeanor on their record, and be introduced to the justice system well before they need to be," said Sameer Hinduja, co-director of the Cyberbullying Research Center. "Kids do it simply because they are kids."

Lawmakers have had difficulty trying to criminalize some behavior that new technologies facilitate. Republican Rep. John Carney proposed legislation this year that would have fined bystanders up to $100 for taking pictures of car accidents and posting them to social media.

Carney said he wanted to protect families from seeing names or pictures of loved ones before they were notified by law enforcement. Carney withdrew his proposal, however, because he said he knew it would not survive a First Amendment challenge.

Ed Yohnka, a spokesman for the American Civil Liberties Union of Illinois, said Bryant's bill will run into the same problems. "We think this proposal is overly broad and unconstitutional," he said.

The bill also could be difficult to prosecute because it would be hard to prove the intent of the person recording and posting a fight video online, said Matt Jones, associate director for administration at the Illinois State's Attorneys Appellate Prosecutor office.

People could argue that by filming they are preserving evidence and publicizing wrongdoing. Bryant said she's not trying to infringe on anyone's freedom of speech, but worries that recording fights to share online devalues people. She said one of her goals is to bring attention to how people are using social media to get a "few minutes of fame at someone else's expense."

There have been recent cases in which posted video online led to consequences for those involved, including teachers who allegedly stood by and watched.

Last month, an after-school coach in New York City was fired after a video surfaced of a fightbetween two 12-year-old boys as he seemingly stood by and did nothing to break it up and a viral classroom fight video led to Texas teacher's resignation.