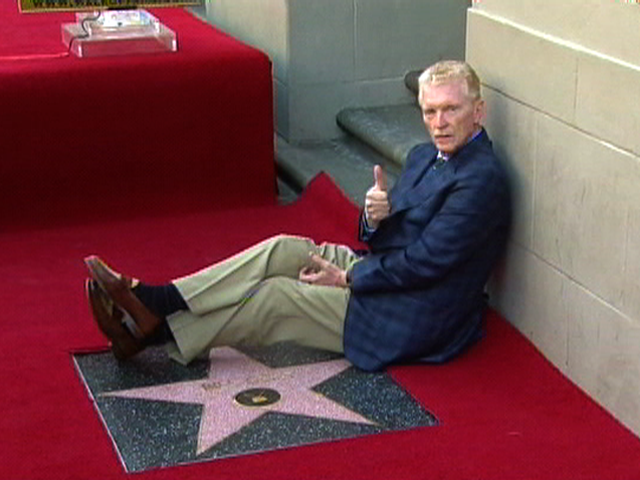 (CBS) Bill Geist did a story - a snarky story, in his words - in 2008 about why great stars such as Clark Gable, Katharine Hepburn and Marlon Brando no longer get stars. He asked Lassie how to get a star and during the course of the piece, he applied for his own.

When Geist took the podium he said, "So now I'm a certified star. But I'm a humble man."

He then thanked his producers, camera crew and editors and told them he'd had their names inscribed on the underside of the star.

At the unveiling of the star, Geist was joined by Schwartz and, of course, Lassie, who got her own star on the walk of fame in 1960.