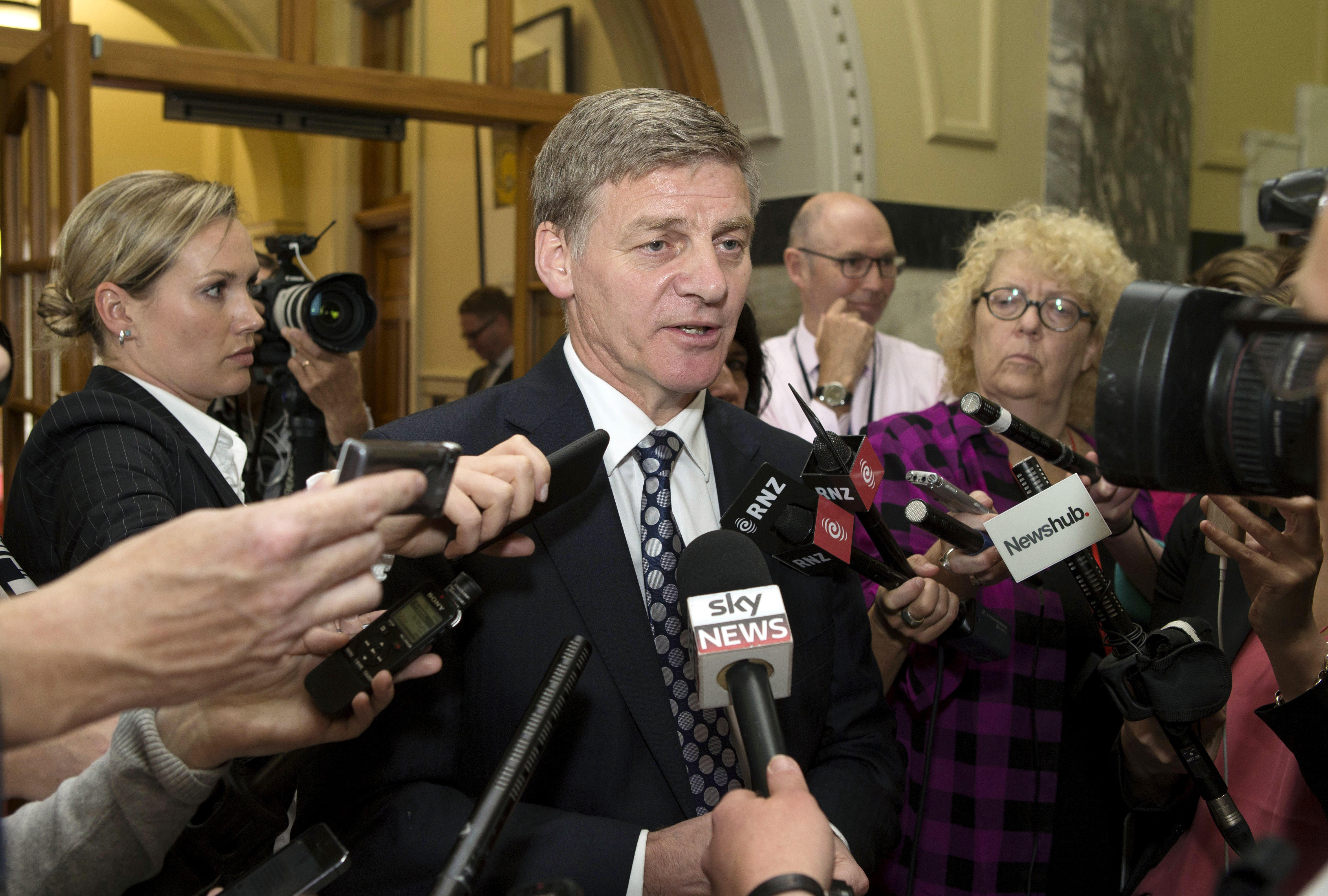 WELLINGTON, New Zealand -- Bill English, New Zealand’s finance minister and a former farmer, will be sworn in as the country’s 39th prime minister on Monday after his colleagues in the Parliament chose him as their new leader.

English emerged victorious from a meeting of the conservative National Party caucus. Two other candidates for the job withdrew last week after English gained more support than them. He is to be officially sworn in on Monday afternoon.

Key was a popular leader and was expected to contest a fourth straight election next year. But he said he wanted to leave while he was on top and to spend more time with his wife and two children.

English, 54, has degrees in commerce and literature. He has been praised for his handling of the country’s economy in his role as finance minister.

A practicing Roman Catholic, English has been a politician for 26 years, after he was first elected to the parliament in 1990. He had a previous unsuccessful stint as party leader, taking his party to a big election defeat in 2002. He said he’s gained wisdom and experience since then.

“I was 39 years old then, with six children under 13,” he said last week. “So if nothing else, I’ve got the opportunity to focus much more on the job now.”

Under English, New Zealand has been enjoying relatively robust annual GDP growth of more than 3 percent and the unemployment rate has fallen below 5 percent. English has also managed to return small surpluses on the government’s books over the past couple of years.

English said he will deliver tax cuts and spread the country’s growing wealth to where it is needed.