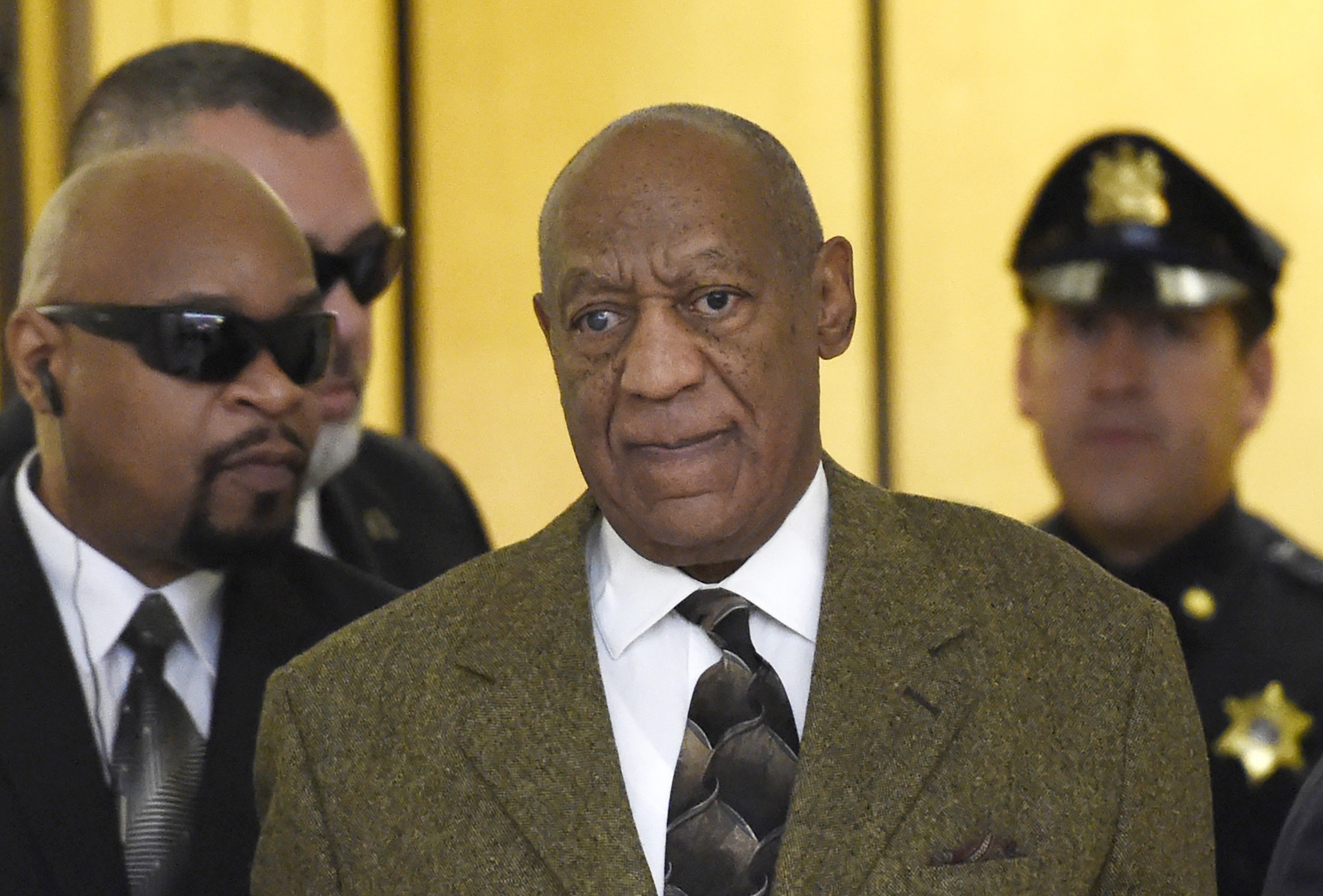 PHILADELPHIA -- Bill Cosby has filed a breach-of-contract lawsuit against a woman whose 2005 sexual-assault accusation led to his recent arrest.

The lawsuit, filed a day before a key hearing in the criminal case against Cosby, names accuser Andrea Constand, her lawyer, her mother and the publisher of the National Enquirer.

The lawsuit remained under seal Wednesday, and Cosby's lawyers declined to comment on the nature of the allegations in it.

However, the defendants were all subject to confidentiality clauses that covered the settlement of lawsuits that Constand filed against Cosby and the tabloid, published by Boca Raton, Florida-based American Media Inc., in 2005.

Constand accused Cosby of drugging and molesting her at his suburban Philadelphia home in 2004.

Her complaint wasn't prosecuted at the time, but new prosecutors reopened it last year and arrested Cosby in December, just before the 12-year statute of limitations expired. As part of their investigation, they interviewed Constand and her mother and obtained files from her lawyer.

Prosecutors reopened the case over the summer as damaging testimony was unsealed in Constand's related civil lawsuit against Cosby and as dozens of other women came forward with similar accusations that made a mockery of his image as the wise and understanding Dr. Cliff Huxtable from TV's "The Cosby Show."

He acknowledged under oath a decade ago that he had sexual contact with Constand but said it was consensual. Cosby has denied the women's accusations. The statute of limitations has expired in most of the cases against him.

Cosby filed the breach-of-contract lawsuit against Constand a day before a Feb. 2 criminal court hearing that included testimony from her lawyer, Dolores Troiani. Troiani mentioned at the hearing that Cosby had sued her but did not elaborate.

The judge warned Cosby's lawyers not to accuse Troiani of breaking the confidentiality agreement through her testimony because she had received a subpoena to testify about her involvement in the case.

Cosby sought the hearing to explore whether he had a promise from the prior district attorney that he would never be charged over the encounter with Constand, who was then a basketball team employee at Temple University, his alma mater. The judge rejected his bid to have the criminal case dismissed.

Cosby is scheduled for a preliminary hearing on the felony case on March 8. The 78-year-old entertainer could face up to 10 years in prison if convicted.

Troiani declined to comment on Cosby's lawsuit. It was unclear who represents American Media, and after-hours telephone calls to its New York office went unanswered.