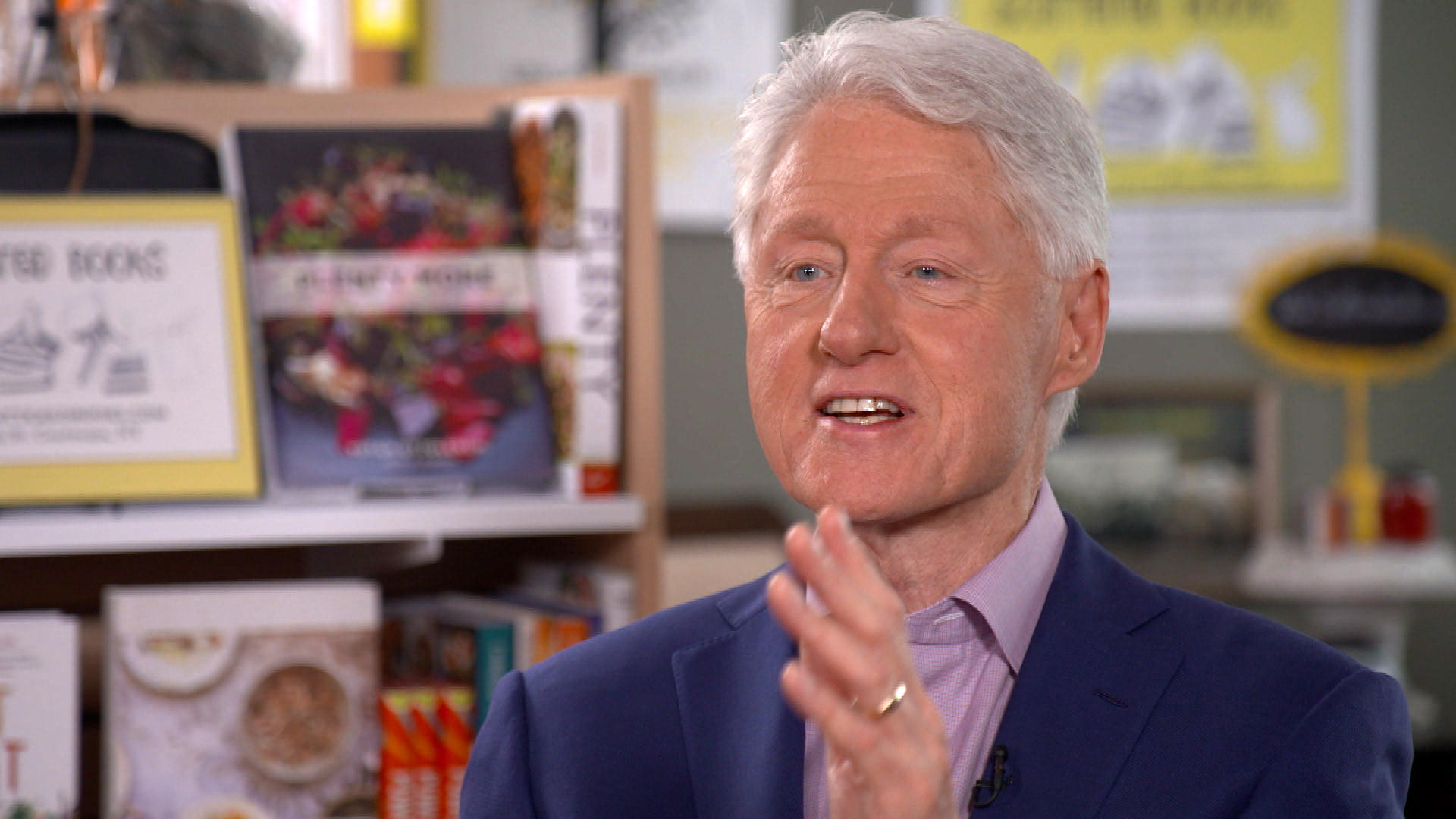 Former President Bill Clinton knew his impeachment would not succeed, he tells Mo Rocca in an interview for "CBS Sunday Morning" to be broadcast Sunday, June 3 (9 a.m. ET) on the CBS Television Network. Mr. Clinton talks about the impeachment, President Donald Trump and the new thriller he co-authored with bestselling author James Patterson in a wide-ranging interview with Rocca.

Two decades ago, Mr. Clinton was impeached for perjury and obstruction of justice for lying about his relationship with then-White House intern Monica Lewinsky. He was acquitted by the Senate. The incident has resurfaced in the wake of the #MeToo era. Indeed, New York Sen. Kirsten Gillibrand has suggested Mr. Clinton should have stepped down at the time because of the Lewinsky affair.

"Well, I knew it wouldn't succeed," Mr. Clinton said of the impeachment. "It wasn't a pleasant experience. But it was a fight that I was glad to undertake after the elections, when the people had solidly told, by two-thirds or more, the Republicans to stop it. They knew there was nothing impeachable. And so, we fought it to the end. And I'm glad."

Mr. Clinton tells Rocca he disagrees with Gillibrand's position that he should have resigned.

"You have to-- really ignore what the context was," Mr. Clinton says. "But, you know, she's living in a different context. And she did it for different reasons. So, I -- but I just disagree with her."

Mr. Clinton and Patterson's new thriller is called "The President Is Missing" and revolves around a president who goes rogue to take on international terrorists.

"I've consumed literally thousands and thousands of thrillers, political novels, all this kind of stuff. I've -- you know, he's just good at it. But I wanted it to be real," Mr. Clinton says. "I want people – I didn't want anybody to be able to say, 'Oh, this is just made up bull,' you know?"