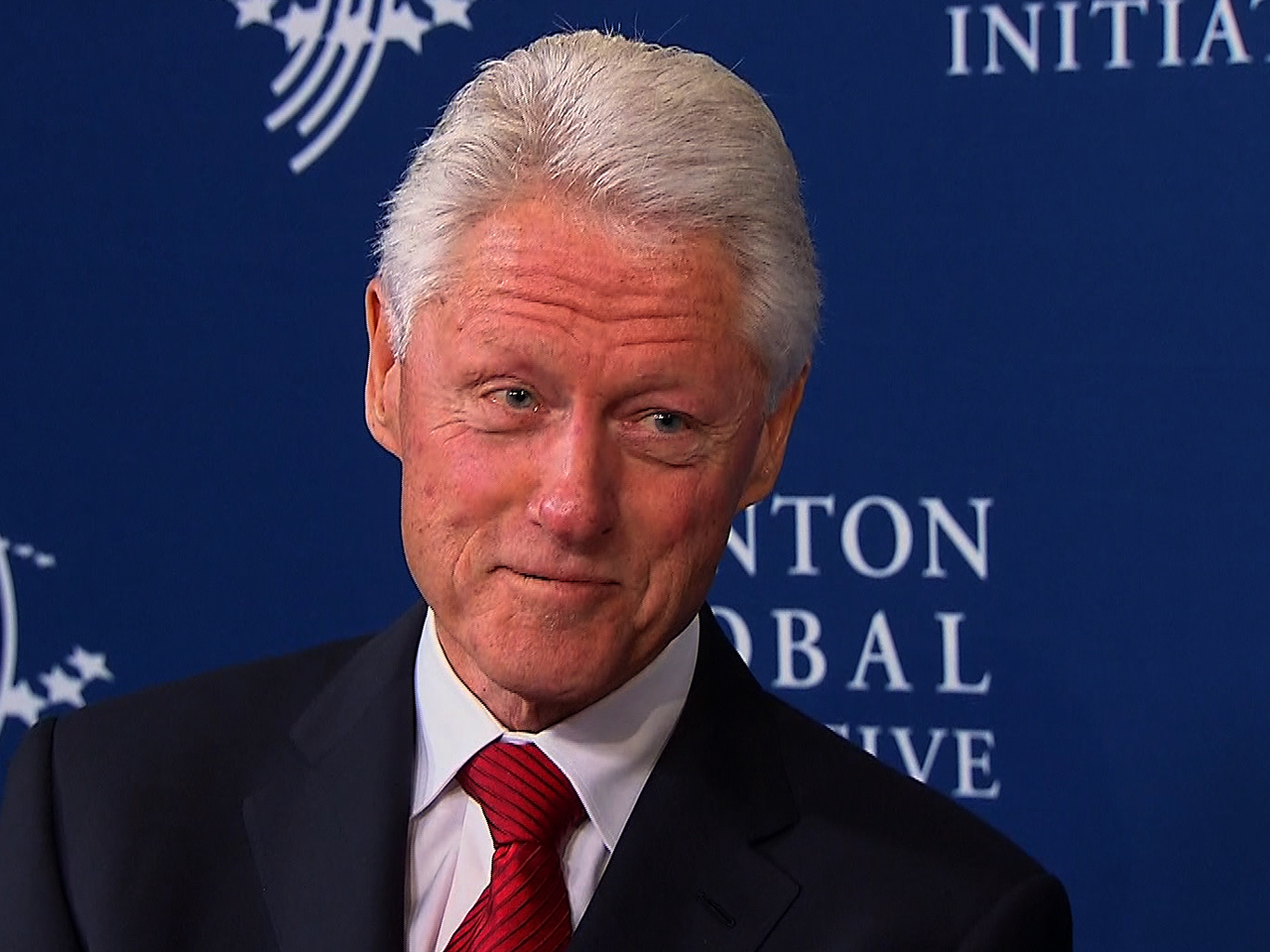 (CBS News) NEW YORK -- President Obama is just eight months into his second term, and the next presidential election is 1,042 days away, but the speculation is already rampant about Hillary Clinton's intentions.

In an interview with "New York" magazine, she was asked if she wrestles with the idea of running in 2016. She said, "I do ... but I'm both pragmatic and realistic."

Charlie Rose and Norah O'Donnell of "CBS This Morning" talked to former President Bill Clinton about his wife's presidential ambitions.

NORAH O'DONNELL: Do you think her work here at the Clinton Global Initiative could be a stepping stone, a foundation for a future run for president?

BILL CLINTON: No. But I don't think she needs that. I mean, you know, she's been a senator of New York, with a good record, a Secretary of State with a very good record. I think that her work here will remind people of her domestic interests and what she can do with her too-small-to-fail initiative. But she feels, as I do, that we've worked very hard to keep this whole thing out of politics.

CHARLIE ROSE: Do you think she'd rather be -- today, she can do both -- president or a grandmother?

BILL CLINTON: If you ask her, I think she'd say grandmother, but I have found it best not to discuss that issue.

CHARLIE ROSE: Sounds like Chelsea may have influenced you.

BILL CLINTON: I-- I'm just trying to-- my goal is to live to be a grandfather. The rest of it's out of my hands.

There will be much more of this interview Tuesday on "CBS This Morning," with Charlie Rose, Norah O'Donnell and Gayle King.

Mother of Sandy Hook victim to Florida teens: "Concentrate on the win"
Thanks for reading CBS NEWS.
Create your free account or log in
for more features.
View CBS News In
CBS News App Open
Chrome Safari Continue
Be the first to know
Get browser notifications for breaking news, live events, and exclusive reporting.