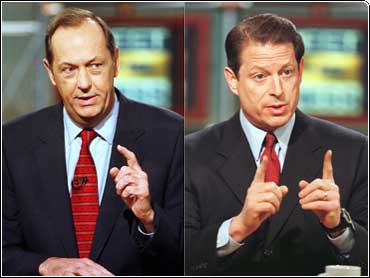 Bill Bradley and Al Gore traded barbs Thursday over Willie Horton, a convicted murderer whose commission of rape while on furlough was used against presidential candidate Michael Dukakis.

Horton, who was black, became a symbol of racially divisive campaigning and was used in anti-Dukakis campaign ads by George Bush's campaign. Some Democrats called the ads racist.

Bradley said even before Bush's campaign seized on the issue, Gore brought up Horton's name during the primary campaign against Dukakis, who had been governor of Massachusetts when Horton was released from prison.

"Gore introduced him into the lexicon," Bradley told the Boston Herald. "It bothers me a great deal ... I wouldn't have used Willie Horton."

Bradley said that Gore could have found other examples if he wanted to show that Dukakis was soft on crime.

"The racial dimension to that - there were probably a lot of other people who fit into that category," he said.

Gore's campaign said Gore had not singled out or even mentioned Horton, but had challenged Dukakis to explain his prison furlough policy in a debate, after newspaper accounts raised questions about the policy.

"Senator Bradley has resorted to the oldest trick in the book inaccurate and irresponsible negative charges," Lehane said.