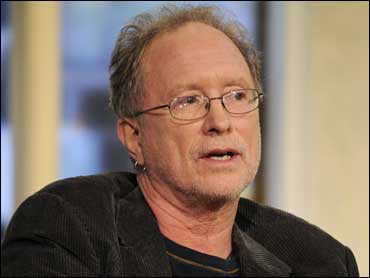 In a television interview on ABC's "Good Morning America," the college professor disputed the contention that in the new afterword of a paperback edition of his 2001 memoir "Fugitive Days" he describes Obama and him as "family friends."

"I'm describing there how the blogosphere characterized the relationship," Ayers said. "I would really say that we knew each other in a professional way, again on the same level as say thousands of other people."

Ayers, an education professor at the University of Illinois-Chicago, helped found the radical group the Weathermen that carried out bombings at the Pentagon and the Capitol.

His name came up repeatedly in Republican Sen. John McCain's campaign, with McCain wondering about the closeness of the relationship. McCain's running mate, Alaska Gov. Sarah Palin, talked about how Obama would "pal around with terrorists."

In fact, Ayers said he didn't even know Obama when he hosted a coffee early in Obama's political career at Ayers' home in the Chicago neighborhood where the two live. Ayers added that he agreed to have the meet-the-candidate event after a state senator asked him to.

"I think he was probably in 20 homes that day as far as I know," he said. "But that was the first time I really met him."

Ayers and Obama also served together on a Chicago school reform board and a foundation board, but their discussions were limited to the issues before those boards.

"The truth is we came together in Chicago in a civic community around issues of school improvement, around issues of fighting for the rights of poor neighborhoods to have jobs, housing and so forth," Ayers said.

Ayers said his name was brought up in the campaign as "this character that was created in this election" to make people fear Obama, but that the election showed the nation rejected what he saw as a tactic.

Ayers also defended his own actions during the Vietnam war.

"Let's remember that what you call a violent past that was at a time when thousands of people were being murdered by our government every month, and those of us who fought to end the war were actually on the right side," he said.

"I never hurt or killed anyone," he said.