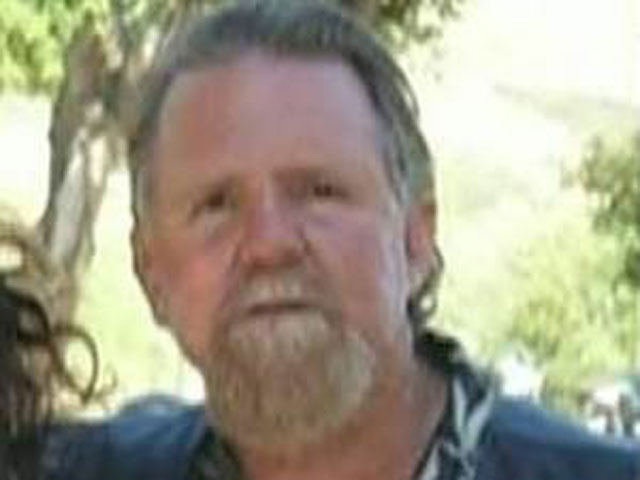 The victim, identified as Steve Tausan by the San Jose Mercury News, was gunned down around 1 p.m. Saturday at Oak Hill Cemetery.

Police were interviewing witnesses but had no early leads.

A member of the rival Vagos motorcycle club is accused of killing Pettigrew on Sept. 23 in a Sparks, Nev. casino shooting that sent gamblers diving for cover. The mayor canceled a regional motorcycle rally as a result.

One witness to the shooting, Valerie Hoffman, told television station KNTV she was shocked.

"I've known Hells Angels and all the other groups for years and years and years, and there is a code of ethics," she said. "You never do anything at a funeral. I mean that is just completely abominable."

Garcia said the scene of the shooting "appeared to have been tampered with." He did not elaborate. Police did not say how many shots were fired.

According to the Mercury News, Tausan was suspected of murder in the beating death of a man at the Pink Poodle strip club in 1997.

The jury was reportedly persuaded that he had acted in self-defense and acquitted Tausan.