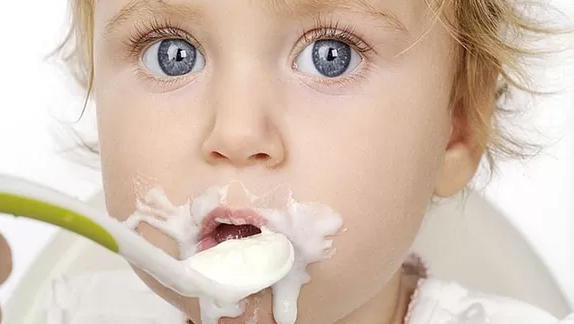 Ads for baby and toddler foods often go against the nutritional advice of health experts, a new study shows.

Researchers found that in 2015 companies spent $77 million in the United States on marketing infant formula, baby food, and food and beverages for toddlers.

The good news, the researchers said, is that the majority of those products were nutritious choices, such as pureed fruits and vegetables, whole grains and dairy products.

The bad news, they added, is that a large share of companies’ marketing dollars -- almost 60 percent -- went toward products that are not recommended for most young children.

“It’s easy to make parents anxious about finicky eating and send them the message that their child might need these products,” said lead researcher Jennifer Harris, of the University of Connecticut’s Rudd Center for Food Policy and Obesity.

There is a place for liquid supplements and toddler milk, Harris noted. But only a small number of youngsters can benefit from them, she said.

Angela Lemond, a registered dietitian nutritionist who specializes in pediatric nutrition, agreed, saying, “Most children do not need them.”

Lemond, who was not involved in the study, is also a spokesperson for the Academy of Nutrition and Dietetics.

She said that toddler milks -- which are fortified with vitamins and minerals -- can be useful for toddlers with medical conditions that keep them from getting enough solid food, for instance.

And those with “failure to thrive” -- poor weight gain and growth -- may need a high-calorie supplement like PediaSure, Lemond added.

But if parents have questions about whether their child needs any special food, they should talk to their pediatrician first, she said.

“Do not get advice from food marketing,” Lemond said. “Get it from your health-care provider.”

According to Harris’s team, just three companies accounted for nearly all of the $77 million spent marketing baby and toddler foods in 2015 -- mainly through TV and magazine ads.

Many of the products they marketed were wholesome. But the concern, Harris said, is the large chunk of money companies spent on toddler milk, liquid supplements and snacks like cookies, cereal bars and “puffs.”

All have added sugar -- and, in the case of the snack foods, few nutrients.

Plus, Harris said, many products carried misleading messages like “brain-nourishing” -- which implies they have health benefits that are actually unproven.

Three brands -- PediaSure and two toddler milks -- spent about $16 million on Spanish-language TV ads, according to Harris. And all three spent more in 2015 versus a few years earlier.

“Only products with added sugar were being advertised on Spanish-language TV,” Harris said. “That’s concerning because Hispanic children have higher rates of overweight and obesity.”

A spokesperson for Abbott Nutrition, the maker of PediaSure, said that the product is not marketed for “all children.”

“It is recommended for use by children over 2 years old who are behind in growth and struggling to meet the height and weight recommendations for their age,” said Susan Oguche.

Lemond said that parents should keep a few general points in mind. One is that, for the first year of life, breast milk is the “gold standard” liquid nutrition.

After that, most toddlers will do fine with cow’s milk and solid food. By age 2, Lemond said, children should get most of their calories from regular “table foods.”

“Whole foods with minimal processing is best for all ages,” she added.

Harris said that toddlers should be exposed to a variety of foods, including vegetables, fruit, grains and dairy. And, she noted, parents should remember that it can take time for a child to acquire a taste for some foods, particularly vegetables.

Finicky eating, Harris said, is nearly universal in the toddler set. It does not mean your child needs special drinks and supplements.

“When they’re 2 years old, they can just be eating what the rest of the family is eating,” Harris said. “They don’t need special ‘toddler’ foods. That’s cheaper for families, too.”

The findings were to be presented Tuesday at the annual meeting of the American Public Health Association in Denver. Research presented at meetings is typically considered preliminary until peer-reviewed for publication in a medical journal.