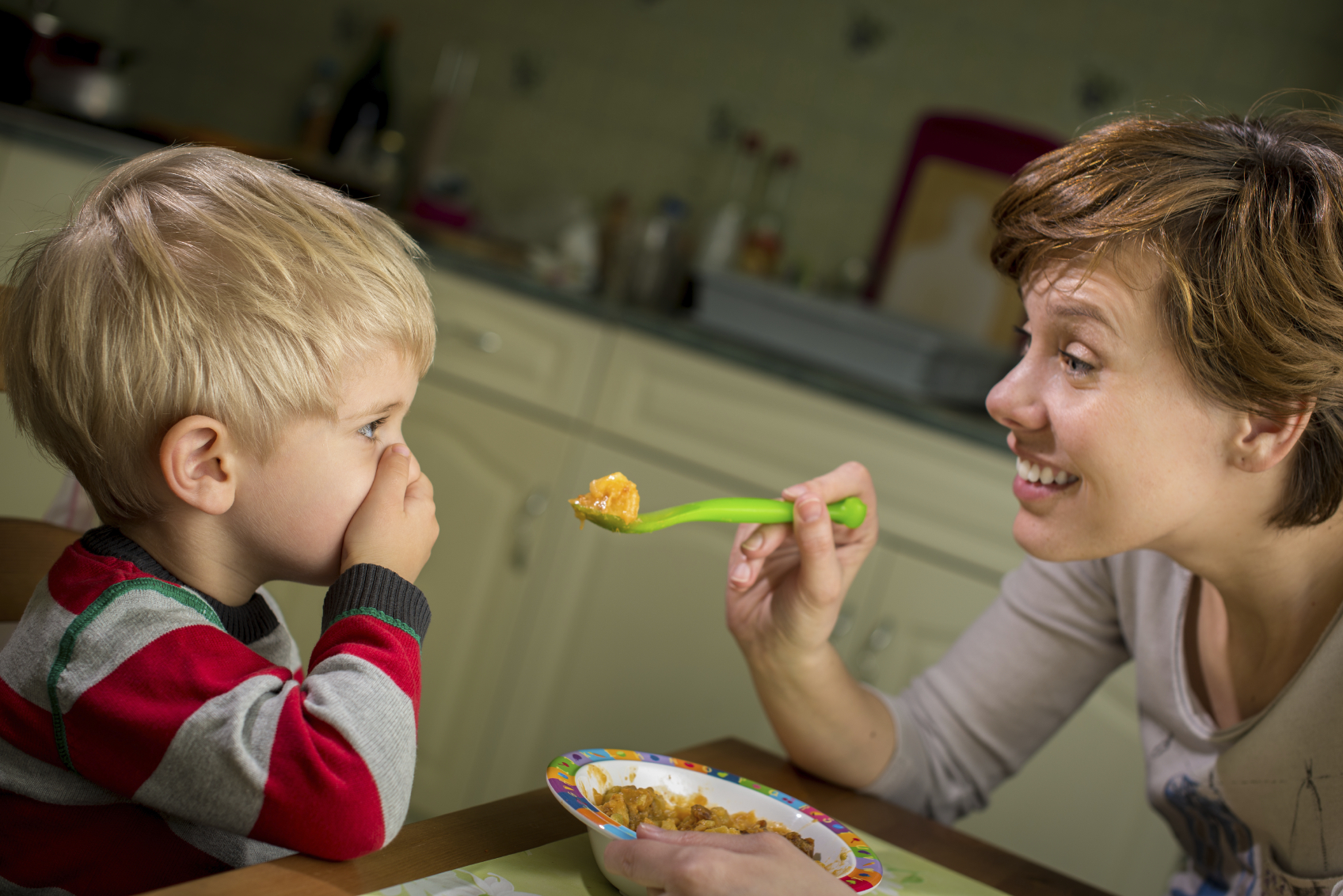 Dinner time for Megan Mackell and her two daughters is often a struggle. While 11-year-old Charlotte will eat almost anything, Eloise, who is 5, is much pickier when it comes to food.

"It is so hard trying to get her to try new things," Mackell told CBS News.

Eloise's diet mainly consists of pasta, chicken, crackers, apples, meatballs, eggs, peanut butter and jelly, corn, carrots and broccoli. "That's it. No sauce. No spices. If I make soup, it can't have onion pieces or celery, just broth. She will eat a raw carrot but not a cooked one. She only eats the top of broccoli. She drinks almond milk and water, but that's really all she eats," Mackell said.

Like many parents in the same position, Mackell often becomes frustrated. "I can only work three veggies and one fruit into so many meals," she said.

Her family's situation is far from uncommon. In fact, a new study from Duke Medicine suggests that more than 20 percent of children ages 2 to 6 are selective, or picky, eaters. And in some, it could be a sign of health concerns that reach far beyond diet.

"Kids who are misbehaving or refusing to eat broccoli would not be included in these categories," lead study author Nancy Zucker, director of the Duke Center for Eating Disorders, told CBS News.

"Parents are very good at identifying picky eating in their kids, but it's much harder for all of us to identify things like depression and anxiety because the internal workings of our children are hard to know," Zucker said. "So picky eating could be a marker, especially in severe cases, for children who would benefit from an intervention that would not only help them with food but help them manage emotions more generally."

Zucker said that children who are picky eaters tend to have heightened senses, making the textures, smells, and flavors of certain foods overwhelming, which can lead to aversion and disgust. "These are what I describe as sensitive children," she said. "They're experiencing both the external world and their internal world more strongly, and that could be setting them up for these common vulnerabilities in both eating and mental health symptoms."

Mandi Silverman, a clinical psychologist at the Child Mind Institute in New York City, said the study highlights much of what the families she sees in her practice go through.

"Sensory sensitivities extend throughout children's mental health diagnoses, and that's something that we need to take more seriously," she said. "There's evidence to support the idea that for many children, the symptoms will eventually go away, but at the same time we still need to take them seriously and treat these symptoms as soon as they arrive because they do create distress for the child and the family system, as well."

Silverman suggests that if parents notice a pattern of selective eating for two weeks or more, they should speak to their child's pediatrician about seeing a mental health professional.

Though Mackell said her daughter Eloise does not appear anxious in general settings, except for separation anxiety at times, she is constantly concerned about whether her daughter is getting proper nutrition, another common worry of parents of picky eaters, experts say.

"Steamed broccoli is one of the only healthy things she eats, so we have broccoli at every meal," she said.

"Parenting alone is anxiety 24/7," Silverman said. "Parents are constantly worrying if they're doing the right thing, sending their kids to the right school, making the right decisions. So to add to that an issue like eating, which sustains the child, it's often the number one concern of parents whether their child is getting the right nutrition."

Experts suggest several strategies for getting picky eaters to try more foods. For example, if a child doesn't like a certain food, putting a small amount of it on the plate -- even if he or she doesn't touch it -- can help the child become more comfortable with the idea of eating it.

"If the end goal is to get the child to eat chicken, we want to start with the child tolerating the fact that the chicken exists on the plate," Silverman said. "Then maybe you make the piece a little bigger, then try having them hold it and put it down, and then have them put it in their mouth and spit it out. So eventually you slowly get the child more comfortable with the sensation and smell and taste of the chicken."

Finally, her research also showed that parents are often in conflict with their children - which doesn't always equate to kids eating more.

"We have to meet the child where he or she is," she said. "If the child can't even tolerate the look of chicken, we can't expect them to go out and eat a two-piece chicken meal at a restaurant. Change is gradual and it's going to take time."