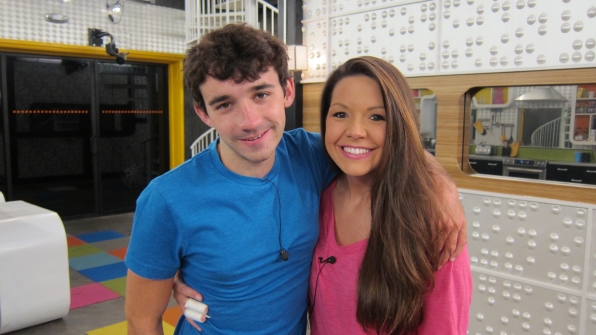 (CBS News) It was time to reminisce on "Big Brother" Sunday night as the final three - Dan, Ian and Danielle - enjoyed a celebratory breakfast and looked back on the season, which concludes with Wednesday night's finale.

A series of clips recapped the summer, with its tantrums, friendships, feuds and mocking, and then it was on to the last Head of Household competition. (SPOILER ALERT)

This contest is in three parts, two of which were held Sunday and the last of which is to take place on the finale, which begins at 8:30 p.m. on CBS.

Season 10 winner Dan Gheesling won the first contest, and engineering student Ian Terry won the second, meaning the two will compete against each another in the last challenge, usually a quiz about the whole season.

The winner gets to evict the final housemate and take the remaining contestant in the trio into the finale.

Who will win? Is it Dan, arguably one of the savviest players in "Big Brother" history, super fan Ian or teacher Danielle Murphree, who in Sunday night's episode described herself as a "dumbass" for being blindsided by Dan's eviction of Shane on Thursday?

Tell us in the comments below, watch the finale Wednesday night and return here for a recap and more commentary.