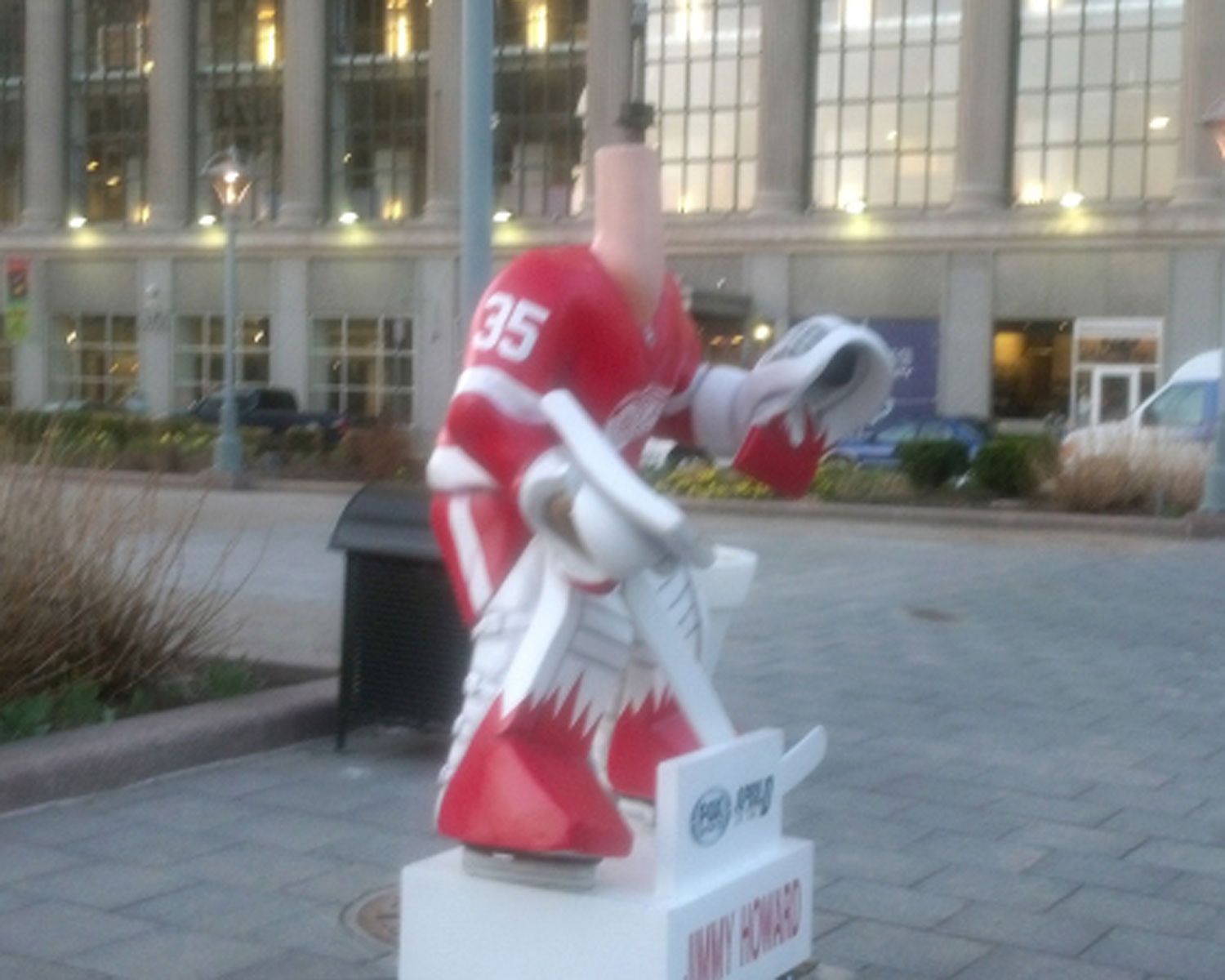 Someone stole the "bobble head" off a 5-foot-tall statue of goaltender Jimmy Howard - "beheading" the replica which has been on display in the city's Campus Martius Park, according to CBS Detroit.

Detroit Police Chief James Craig said the head was later found in Allen Park, and that local police were instrumental in helping to solve the case.

Late Thursday morning, one of four suspects was in custody.

According to reports, police suspect a group of white males who posed for pictures with the statue. Investigators - who've been looking at surveillance footage - said the group removed the head, tossed it in the backseat of a dark-colored Chevy Malibu and drove away. According to CBS Detroit, the

first arrest in the case was announced at a groundbreaking for the city's Fifth Police Precinct. The suspect's name was not immediately released.

Created by the Detroit-based Parade Company and the Display Group, the Jimmy Howard bobble head is one of several similar statues of sports stars around the city.

"Well, whether it's a bobble head or it's a shooting incident, we're about our business...and it was, you know...it was terrible," Chief Craig said. "But we got it back. The bottom line is we got the bobble head back."