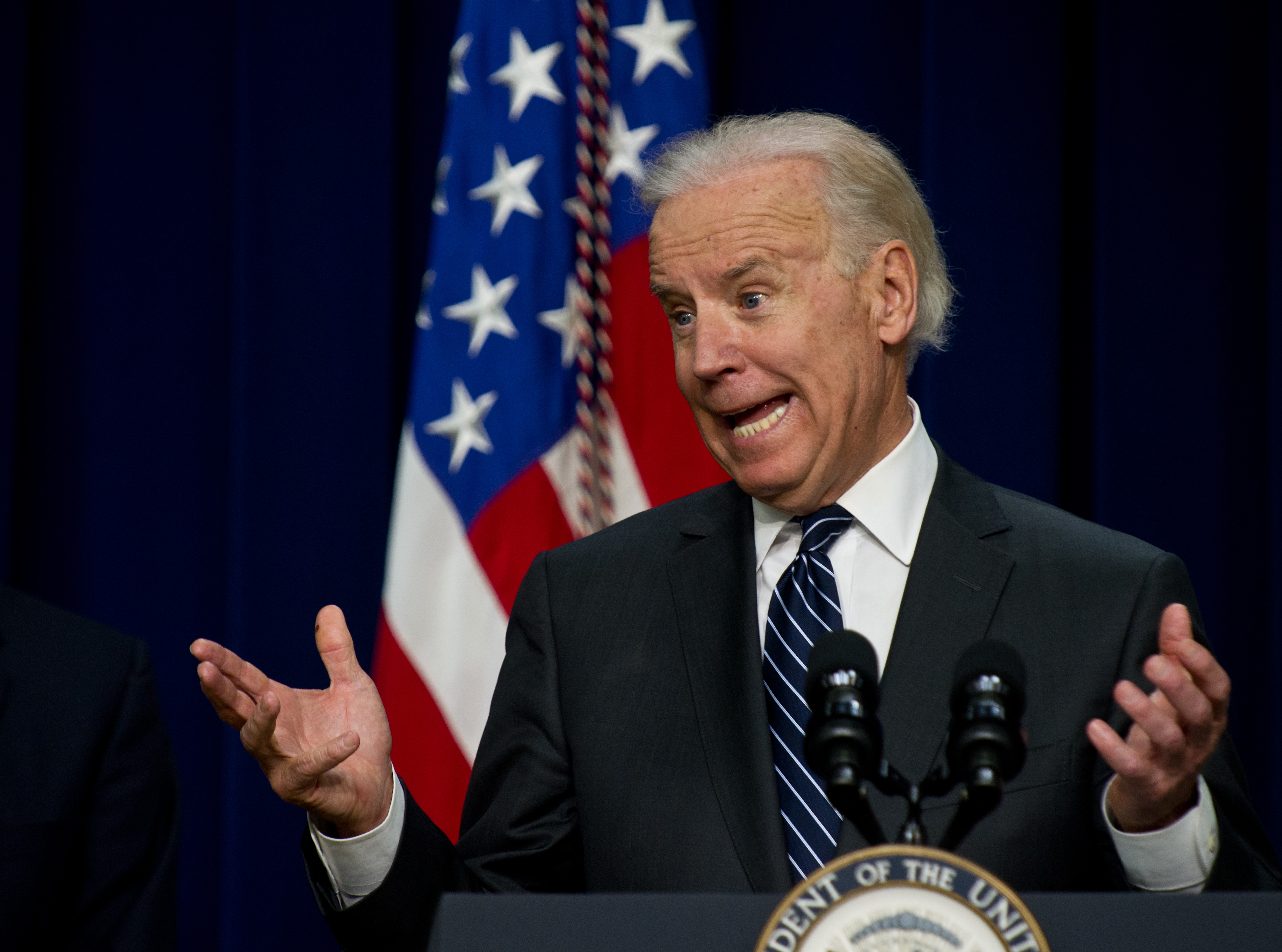 Vice President Joe Biden doesn't believe a filibuster on a gun bill will happen. Even when his staff tells him it's a possibility.

"I mean it's almost mind-boggling," he added. "Now maybe between now and the time it gets to the floor they will, as my mother would say, they will have seen the light, maybe that will change. What an embarrassing thing to say."

He told an audience of law enforcement officials at the Eisenhower Executive Office Building on Tuesday that family members of the Newtown victims can't fathom that it may not come to a vote either.

Biden met with 13 family members of Newtown victims at his home this morning over breakfast. The meeting lasted over two hours before the he put the group on a bus to Capitol Hill where they spent the day lobbying members of Congress. Biden said one family member asked him for advice on how to get through to lawmakers.

"One mom said to me, 'how is it they don't understand? What should I say to them?'," he said, "The question was, it was a legitimate question, like you know, as if they're going to speak to some ancient Aztecs or, you know, somebody who speaks a different language, like, what do I say to them Mr. Vice President? You, you spent time up there."

Biden challenged those members of Congress to stand up and give gun legislation a vote - but also said, even if they don't - this isn't over.