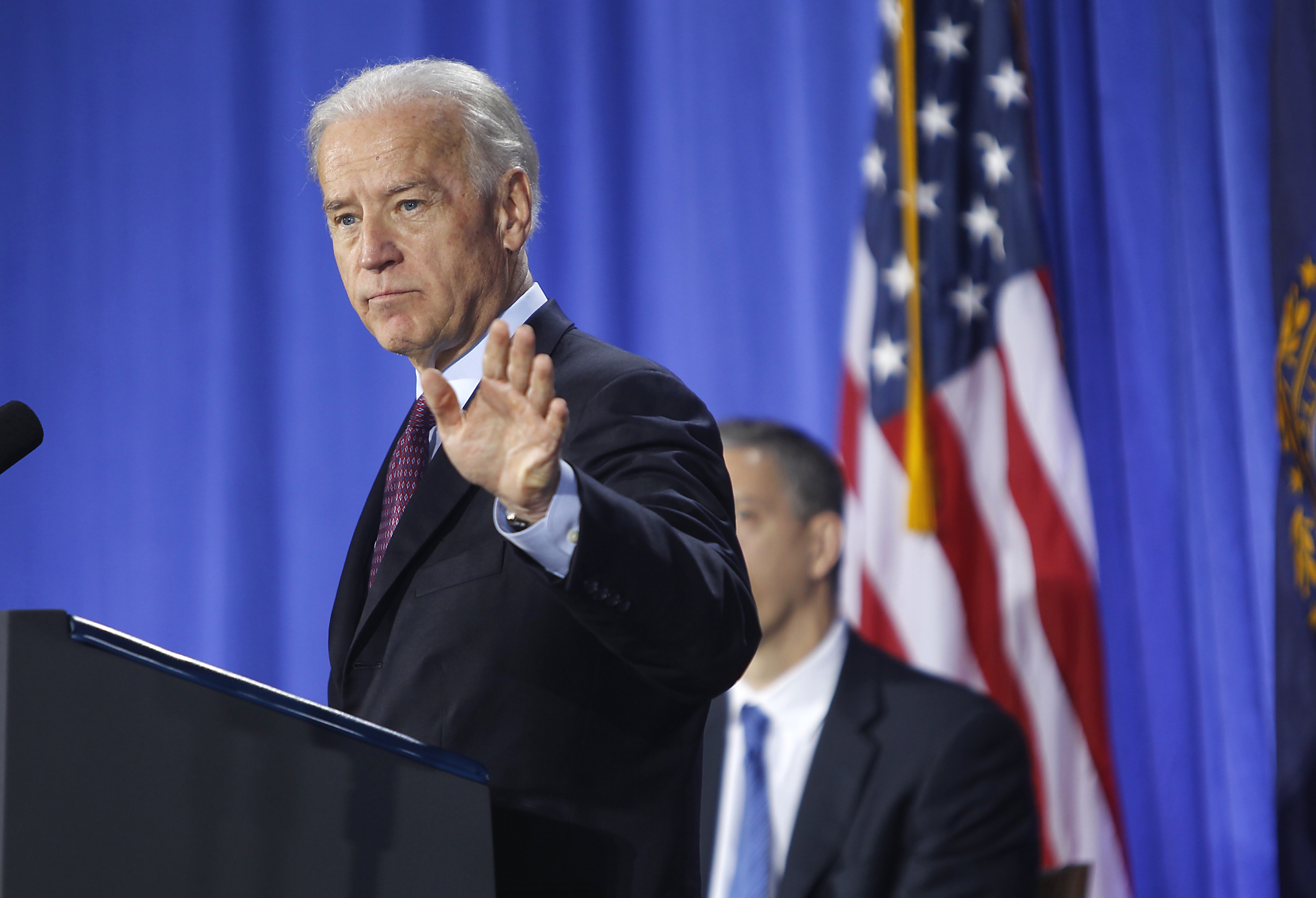 Vice President Joe Biden on Monday joined Education Secretary Arne Duncan in releasing a new set of guidelines designed to help schools and universities protect students from the threat of sexual violence, and urged young men and women to take a proactive stance on the issue of preventing sexual assault.

In an appearance at the University of New Hampshire, Biden and Duncan outlined the new guidelines, which are aimed at helping educators better understand and prevent sexual assault on campus. The guidelines also hope to clarify the legal obligations of schools receiving federal funding under Title IX - which prohibits discrimination in education programs and activities on the basis of gender - in regard to responding to incidents of sexual assault or violence.

"Today we are strengthening our response to sexual assault in schools and on college campuses," Biden said, in an impassioned speech on Monday. "Students across the country deserve the safest possible environment in which to learn. That's why we're taking new steps to help our nation's schools, universities and colleges end the cycle of sexual violence on campus."

In lengthy remarks, Biden decried the tolerance of sexual violence in American society, and argued that a failure to combat the issue seriously reflected poorly on "how America is viewed and how we view ourselves."

"I believe that is the measure of a decency of a nation," he said, urging Americans to "fight the abuse of power, no matter where it comes from."

Biden, the author of 1994's Violence Against Women Act, presented anecdotal and statistical evidence showing patterns of sexual violence in American society, and the social conventions that he believes allow it to perpetuate. He argued that a "change in attitude" among Americans was the first step to ending violence - particularly when it comes to villainizing victims of sexual violence based on circumstances surrounding the incident.

"When it comes to sexual abuse, it's quite simple: no means no," Bided declared passionately. "No means no if you're drunk or you're sober; no means no if you're in bed in a dorm or on a street... And it's a crime to disregard no. The allocation of blame has been for too many centuries allocated in a way that's totally irrelevant and inappropriate."

"So much more needs to be done to empower younger women as well as empower and educate younger men," he added.

In remarks leading up to Biden's speech, Duncan emphasized that it was important for schools to take a more proactive role in preventing violence.

"Every school would like to believe it is immune from sexual violence but the facts suggest otherwise," he said. "Our first goal is prevention through education. Information is always the best way to combat sexual violence. Our larger goal is to raise awareness to an issue that should have no place in society and especially in our schools."

The guidelines being released to schools primarily outline the institutional responsibilities in regard to addressing harassment and sexual violence, and reiterate the fact that, per Title IX, every school must have a clear and stated sex discrimination policy, as well as a Title IX coordinator.

But Biden urged students, too, to engage in the issue.

"You're the first and best line of defense," he told the crowd at the University of New Hampshire. "Say something; speak up, call for help if you need it."

"It takes a lot of courage to defy convention," he said, but added that "I am optimistic."

"All of us have our work cut out for us but trust me, attitudes can change... Violence against women can end."