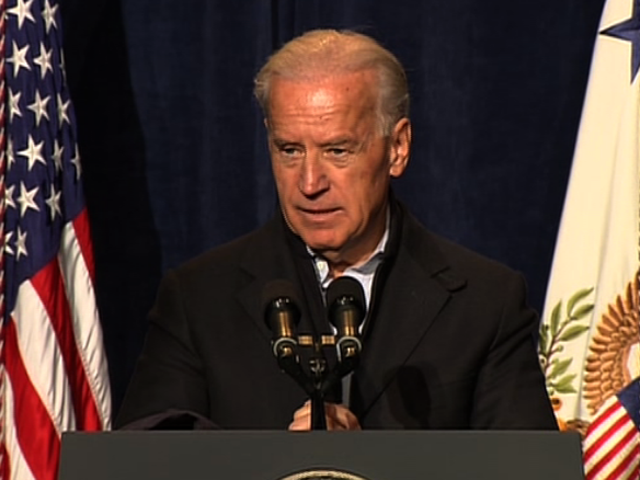 At the beginning of remarks this evening to the Atlantic Council, an international policy group, Vice President Joe Biden voiced amazement that the plans for the raid on Osama bin Laden's compound remained secret.

"There was such an absolute overwhelming desire to accomplish this mission that although for over several months we were in the process of planning it and there were as many as 16 members of Congress who were briefed on it - not a single solitary thing leaked."

"I find that absolutely amazing," said Biden to applause from his audience.

Biden also described himself in "absolute awe" of the "capacity and dedication of the entire team - both the intelligence community, the CIA, the SEALs. It was extraordinary."

He said the enactment of the mission was "breathtaking" and "staggering." He said no one but Americans could do something like this.

He said the world is now a safer place not only for Americans but for all people.

He referred to bin Laden as "a butcher."

And he said "one clear message" from the raid - "there's no place to hide."