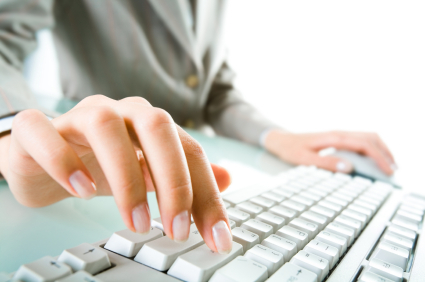 When the holidays come, and you have to decide what gifts to buy, or which restaurants to take visiting relatives to, odds are you'll seek guidance from online reviews.

Just about anything you can buy is reviewed online, both products and services.

But when reviews say "four stars" or "thumbs-up," how can you be sure they're legit?

You want to believe them but, notes personal finance expert and CBS News contributor Regina Lewis, some companies may be messing with the system.

Influence, she says. Consumers put a lot of stock into what real people are saying about products they've really purchased, places they've really eaten or hotels they've just visited. It's said "word of mouth" is the most powerful form of marketing. This is "word of mouse." Everything is amplified by the scale of the Internet. Also, people naturally want their gifts to be well-received. No one wants to give a gift and have the recipient go online that day and think, "Were they not aware this is a total dud? It's ranked lowest in most of the reviews." I think there's more pressure now, not necessarily to give an expensive gift, but to give something well-researched and vetted. Consumers' reviews are part of that vetting process.

Businesses know the power of positive reviews in a social shopping age -- it's a feedback loop: On a site like Amazon, products with positive reviews sell more and, by extension, get more reviews. It builds from there.

Anyone running a business can't help but want to strategically stack reviews in their favor. It's how you go about that and the integrity of the reviews that are at issue. This is where it gets a bit dicey and sometimes controversial.

Your company may have a "blogger" program, for instance, in which case you might give away free products -- books, cosmetics, coupons, discount, etc., in exchange for people writing reviews. Some agencies even pay for favorable reviews to be written, viewing them as a form of alternative advertising.

It's hard to peg the number of fake reviews, but a sociologist at Cornell says there's definitely a bias toward positive comments. This is a big switch from the early days of the Internet, when everyone was concerned it would be one big gripe session. It may have to do with the marketing management of reviews and the emphasis on reputation management in the Internet age.

As for what's being done about it:

On TripAdvisor.com, a travel review site, at one point, there were more than 50 million reviews, and the average was 3.7 stars out of 5. Pretty high. The site asks reviewers to check a box that they are not affiliated with the hotel, for instance, in any way, and it has a zero tolerance policy for fake reviews.

TripAdvisor, along with sites such as Yelp and Amazon, use automated methods and real-life reviewers to try to detect fraud. And the Federal Trade Commission is looking more closely at this arena, which is being dubbed "review fraud."

Some companies have been publicly called out for this; often, it's an overzealous employee.

Many companies now have more specific guidelines and -- at a minimum -- insist on transparency: If you're an employee, identify yourself as such. There's also a school of thought that, at some point, the wisdom of crowds kicks in, and that it is somewhat self-policing, meaning -- if there are a ton of positive or negative reviews, such a large number of people can't be wrong and, if some of them are extremely favorable or extremely negative, they get flagged and turned in as "suspect."

Amazon has taken it a step further, and actually ranks reviewers. The more helpful people say your reviewers are (presumably, helpful reviews prove to be accurate), the higher your ranking. You earn the ranking and, essentially, they've democratized the process. You also have to be a member and have charged at least one cent on the site in order to be a reviewer, which enables Amazon to be better able to track down and block fraud.

So, consumer reviews can be really worthwhile and reasonably objective.

There are just some things to look for to make sure you're getting a realistic take.

"RED FLAGS" TO WATCH FOR THAT MIGHT TIP YOU OFF A REVIEW IS FAKE:

SIGNS A REVIEW IS THE REAL DEAL:

LOOKING AHEAD -- HOW ONLINE REVIEWS MAY EVOLVE

I think social sites such as Facebook and LinkedIn will become increasingly powerful, because, presumably, you really know your friends and colleagues. You put even more stock in what they say. For 60,000 years, we've evolved by talking face-to-face; in a virtual world. it's harder to know who you're really connecting with and to spot deception. But when you can put a face with the name, I think it's a happy medium and a potential win, win. You already see it: People will post things like "Am in market for a toy for an 8-year-old nephew. Any ideas?" And, boom, people you know start chiming in. That's the most authentic play, because toy manufacturers and retailers can only control that by making great products people really enjoy enough to genuinely recommend.