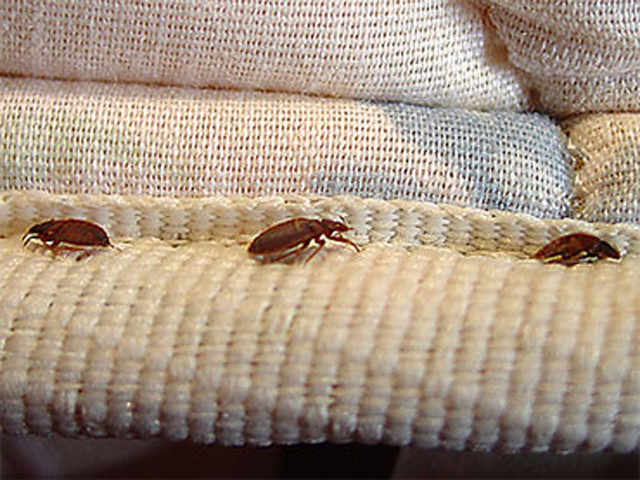 Bed bugs are a national obsession, and with good reason. Their population has jumped by 500 percent in the United States in just the last few years, and many of us would try just about anything to get rid of them.

"Early Show" Consumer Correspondent Susan Koeppen has learned firsthand just how annoying bed bugs can be. She got them.

Koeppen said, "One thing I've learned - getting rid of bed bugs can cost you big bucks. Bed bugs are becoming big business. But now, even some in the pest control industry are warning you may get ripped off trying to get rid of bed bugs."

Just six months ago, Koeppen attended a bed bug summit in Chicago where she asked this important question: "I'm in hotels every week. What are the chances I'm bringing them home?"

Phil Cooper, of Bed Bug Central, a website devoted to bed bug information, replied, "You will be bringing them home."

Sure enough, after a recent ski trip in Utah, bed bugs hitched a ride home in her ski bag.

After suffering bites and hiring a bed bug-sniffing dog to find the little suckers, Koeppen had to pack up her closets, launder and dry-clean everything, so the exterminators could go to work.

Because she's done so many stories about bed bugs, Koeppen knew how to find a reputable company to do the job. But warnings about bed bug scams are popping up across the country, and it's no wonder. Revenues from bed bug extermination are exploding, from $98 million in 2006 to $319 million in 2010.

When Shantel Woon-Sue got bed bugs, she says she got scammed.

She paid an exterminator $1,500, but despite taking her money, he never got rid of the bedbugs.

Woon-Sue said, "I do feel cheated. The company came out, and I thought it was taken care of, but in actuality, it wasn't."

And she's not the only one feeling scammed. In a hidden camera investigation, the CBS News station in Los Angeles found one man trying to charge $350 to get rid of bed bugs. Another also wanted money after finding the pests. But there was just one problem: the house had already been inspected and found to be bed bug-free.

So what should you look for if you want your house inspected for bed bugs?

John Russell is a bed bug specialist. His company has done more than 50,000 bed bug inspections.

He says bed bug sniffing dogs are up to 98 percent accurate.

He says a visual inspection alone is not nearly as effective.

The National Pest Management Association says consumers need to be careful when hiring a company to handle bed bugs.

Missy Henriksen, of the National Pest Management Association, said, "During the bed bug scare, consumers need to understand that there is good news. There are trained professionals throughout the country who know how to deal with bed bugs properly."

As for Woon-Sue, she finally got rid of her bedbugs after hiring a bed bug sniffing dog and spending hundreds of dollars more than she expected.

Woon-Sue said, "I was extremely disappointed because it really does interfere with your entire life."

Koeppen added, "It's a lot of work to get rid of bed bugs, so it's very important to hire someone that knows how to handle them."

She advised consumers look for someone who is licensed. And if you are hiring a bed bug sniffing dog, find out if he is certified and how long he has been working with his handler.

Koeppen said her bed bugs are now gone by all indications. but added the bugs do a number on your mind.

Koeppen added, "We were in a beautiful place (when we picked up the bugs). A place I would go back to because it was so nice. And I stay in hotels every single week. I'm in a hotel today. I could bring home bed bugs tonight. You never know."

To protect yourself at home, Koeppen recommended these products:

These wrap around your mattress, your box spring, to keep the bugs either in or keep them out from nesting in your mattress.

These bed bug interceptors trap bed bugs climbing up or down from your bed.