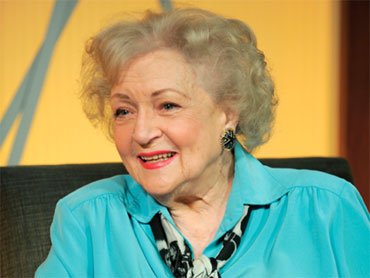 The legendary comedian-actress has signed to co-star in the TV Land sitcom "Hot in Cleveland."

White, previously cast only for the pilot, plays the snarky but spry caretaker of the Cleveland home shared by three former L.A. residents played by Valerie Bertinelli, Jane Leeves (leevs) and Wendie Malick (MAH'-lihk). "Hot" is set to start its 10-episode season in June.

The 88-year-old White last week was named to host NBC's "Saturday Night Live" on May 8, and she'll guest star on the season finale of the ABC comedy "The Middle," also airing in May.

White, an Emmy winner for "The Golden Girls," received a lifetime achievement award at the Screen Actors Guild Awards in January.