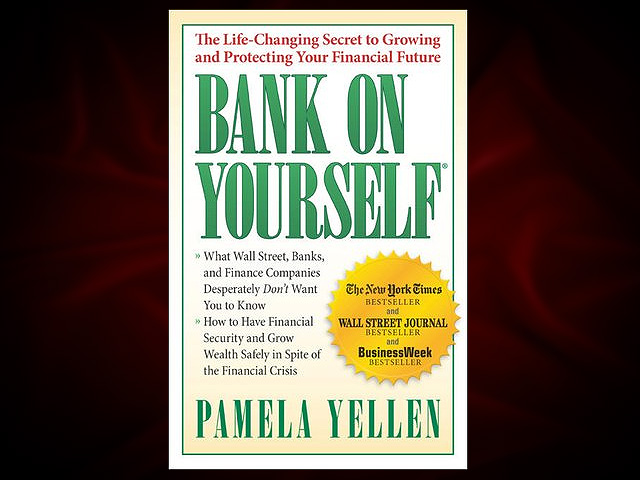 (MoneyWatch) Pamela Yellen's New York Times best-seller, "Bank on Yourself," made a splash by promising to help people build their wealth even as their investments were losing value. In the aftermath of the housing crash, the book seemed to throw a lifeline to consumers whose financial security was suddenly under threat and who were desperate for help on how to preserve their standard of living.

As usual with financial experts who retail in investment "secrets," the question is this: Are the remedies for real, or are they snake oil? At the urging of several readers, I decided to check out what category Bank on Yourself falls into.

Yellen's book says that more than 100,000 Americans of all ages and backgrounds are already using her method. Her book makes two primary claims. She says people can:

Sound too good to be true? Many people have expressed skepticism, including personal finance personalities such as Suze Orman and Dave Ramsey. Yellen dismissal of such doubts is summed up in an entertaining cartoon, claiming she is is offering "financial secrets [financial services companies] don't want you to know." I approached this investigation in that spirit, prepared to assess -- and to buy -- the products she recommends under the Bank on Yourself method.

Bank on yourself method

One aspect of the book I immediately sympathized with was its stinging critique of Wall Street. Yellen is nothing if not scathing in her description of the financial services industry, which played a starring role in the housing crisis. Yet that perspective, however accurate and in tune with the widespread popular antipathy toward bankers, doesn't conceal the book's lack of detail in supporting its extravagant claims.

For instance, the 2009 book promotes a particular whole-life insurance product that uses what's known as a "paid-up-additions" rider. Whole-life, as it's called in the trade, is a type of permanent life insurance that also lets policyholders withdraw cash while they're alive. The paid-up-additions rider is essentially a way to put more cash into the policy than the basic required premium.

As the book describes, I could build up the cash value in the policy and then borrow against it to finance major purchases, such as a new car. I would then repay the principal and interest from my borrowings, as well as pony up some extra cash in the form of the paid-up-additions rider. Yellen's book stated that, despite taking out what amounts to a hefty loan, readers can recoup every penny of their purchases.

Bank on Yourself put to the test

After reading the book, my wife and I met with a Bank on Yourself authorized agent in our home. I told him I was sick of market volatility and wanted to be able to spend money today without eating into our retirement income. In short, I said I wanted to "have my cake and eat it, too" ("Exactly!" he responded.) I also said I would refer clients to the agent if Bank on Yourself worked as well as advertised. I made only one demand at that initial meeting -- I needed to see the numbers.

A couple of weeks later, the agent presented illustrations outlining three different whole-life policies. The illustrations are essentially spreadsheets, detailing exactly how much money I put into the policy and how that money grows over time. The agent recommended I buy two policies on myself and one on my wife. He had prepared two different illustrations for each policy, with hundreds on numbers on each. Under two of the policies, my wife and I would be borrowing $30,000 two different times to purchase a car over the next decade. We would then pay it back. The insurance would be from Lafayette Life Insurance, a seemingly solid, highly rated mutual insurance company.

At first glimpse, the agent's projections seemed magical. By year 12, when I had planned to use the insurance policy to live on, I had more money under the scenario where I borrowed to buy a car than in the one where I didn't purchase a vehicle. Could it really be true that I could spend and grow wealthy?

I spent the next few weeks trying to assess the agent's pitch and his supporting materials, following up by phone and also speaking with a representative from NACFA-BOY, the company I was told had prepared the illustrations. An Internet search on the business turned up a "members-only" website called Nat'l Assoc. College Funding Advisors - Bank on Yourself that included Yellen's picture.

Eventually, I was able to run my own numbers in evaluating Bank of Yourself's offer. The bottom line: In repaying the $30,000 I borrowed to finance my purchases, I paid an additional $12,000 to Lafayette Life. But 12 years into the policy I had only an additional $8,759 guaranteed, which, depending on Lafayette Life's returns, could be as high as $9,832. In other words, I would've forked out an additional $12,000 to the insurance company, only to have less money years later around the time I expected to draw on the policy for my retirement. In other words, I would be out even more than 30 grand.

Bank on Yourself and Lafayette Life respond

To ensure my analysis was correct, I sent my numbers to the Bank on Yourself agent. Unfortunately, I could get no confirmation of my findings, and he eventually stopped responding to my questions. Next, I approached Pamela Yellen herself, and she disagreed with my numbers. In an email exchange, Yellen said I was taking her "get every penny back" pledge -- which is sprinkled throughout the book's early chapters -- too literally, suggesting that it is used chiefly to contrast her financial planning method with other approaches. She also pointed to the book's repeated acknowledgement that Bank on Yourself is not a magic bullet.

Yellen also threatened legal repercussions if I pressed forward with my story. "I absolutely will not tolerate defamation and vigorously pursue those who misquote me," she wrote, noting that she had discussed the matter with her attorney.

Determined to verify my calculations of Bank on Yourself's offer, and knowing that analyzing insurance can be difficult, I contacted Lafayette Life directly. I spoke with the insurer's CEO, Jerry Stillwell, twice. While clearly an advocate for whole-life insurance and the financial benefits of borrowing against a policy's cash value, he told me that "Bottom line, your numbers are right."

Is Yellen making money on these insurance policies beyond sales of the Bank on Yourself book? She declined to answer questions on her involvement in selling insurance, but I did find the following: "Bank on Yourself" and "Spend and grow wealthy" are trademarks registered to an entity called the Prospecting & Marketing Institute. [Editor's note: After this story was published, the material was removed from the site.]  The company's materials describe it as "the ultimate power prospecting and marketing system" and claim that users will "be earning the kind of commissions you've always dreamed of in practically no time." It further states: "Top producers pay me substantial fees to show them how to tilt the prospecting game their way. And several of the largest insurance companies in the world have paid me handsomely to teach prospecting skills to their entire network of representatives on national satellite broadcasts." Arizona state records show that Yellen is president and CEO of this entity.

Like anyone else interested in securing his or her financial future, I wanted Bank on Yourself's claims to check out. With the financial industry focused on profits, consumers largely remain out in the wilderness when it comes to financial planning. On a personal level, I really am seeking refuge from the volatility that has whipsawed the markets and frayed investor nerves.

What resonated with me, and with people who contacted me about Bank on Yourself, was the book's tantalizing notion of consumers eventually recovering "every penny" they spend somewhere down the financial road. But the offer I got from Bank on Yourself's authorized agent fell far short of that promise. Rather, it seems like a pricey way to finance a purchase, and by paying others to borrow my own money, no less.

The takeaway? Whether financial counsel comes packaged in a best-selling book, delivered in TV homilies by some investment guru, or even dispensed in more personal fashion by a trusted advisor, beware of big promises with few specifics. The greatest risk in swallowing the latest financial elixir is wanting to believe that it will work.

The rules for withdrawing from education savings accounts