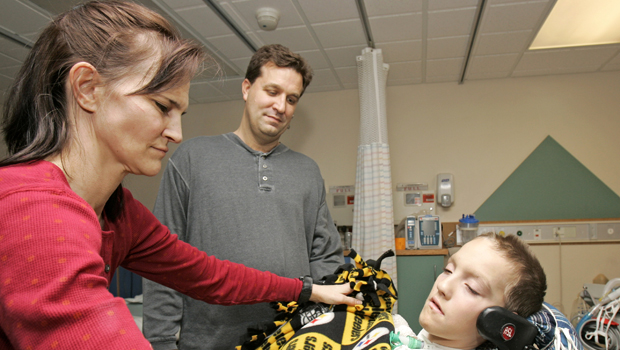 NEW YORK -- A best-selling account of a 6-year-old boy's journey to heaven and back has been pulled after the boy retracted his story.

Spokesman Todd Starowitz of Tyndale House, a leading Christian publisher, confirmed Friday that Alex Malarkey's "The Boy Who Came Back from Heaven: A Remarkable Account of Miracles, Angels, and Life Beyond This World" was being withdrawn. Earlier this week, Malarkey acknowledged in an open letter that he was lying, saying that he had been seeking attention. He also regretted that "people had profited from lies."

"I did not die. I did not go to Heaven," he wrote. "When I made the claims that I did, I had never read the Bible. People have profited from lies, and continue to. They should read the Bible, which is enough."

"The Boy Who Came Back From Heaven" was first published in 2010 and told of a 2004 auto accident which left Malarkey in a coma. According to the book, co-written by Alex's father, Kevin Malarkey, he had visions of angels and of meeting Jesus. In 2014, Tyndale reissued "The Boy," which on the cover includes the billing "A True Story."

The facts of "The Boy Who Came Back From Heaven" have long been disputed in the Christian community, which has challenged reports of divine visions in Malarkey's book and other best-sellers such as Todd Burpo's "Heaven is for Real." Last June, the Southern Baptist Convention passed a resolution declaring "the sufficiency of biblical revelation over subjective experiential explanations to guide one's understanding of the truth about heaven and hell." One of the leading critics has been Malarkey's mother, Beth. In April 2014, she wrote a blog posting saying that the book's success had been "both puzzling and painful to watch" and that she believed Alex had been exploited.

"I could talk about how much it has hurt my son tremendously and even make financial statements public that would prove that he has not received moneys from the book nor have a majority of his needs been funded by it," she wrote.

"What I have walked through with Alex over the past nine years has nearly broken me personally and spiritually. I have wept so deeply for what I have watched my children go through, been made aware of how ignorant I was of some things, how selfish I was, and how Biblically illiterate I was which allowed me to be deceived!"